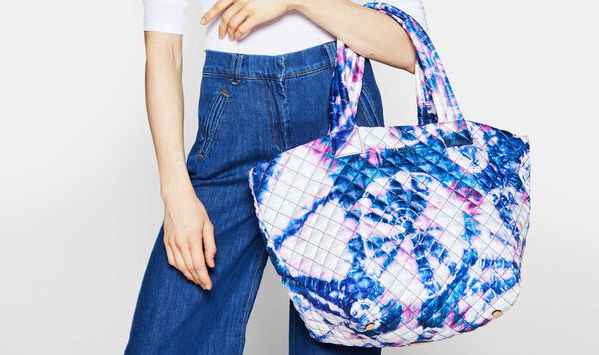 Retailers are breaking from their promotion calendar, in the name of working with buzzy DTC brands.

At a time when names like Saks Fifth Avenue and Bergdorf Goodman are struggling to stay afloat, many are becoming flexible in how they work with brands. Brands have more bargaining power, and some — like handbag company MZ Wallace — are using it to set strict terms on discounting.

While common among high-end luxury companies, DTC-first businesses are now just as conscious of the effects of marking down products, so they’re forgoing the practice altogether — even if it comes at the expense of a retail partnership. Since its launch in 2000, MZ Wallace, which launched its e-commerce business in 2004, has found success by not discounting its $200-plus bags. The rare exception is when a product has been discontinued, said Lucy Wallace Eustice, MZ Wallace co-founder and designer.

“Frequent discounts and sales may result in an alluring short-term boost for a company, but ultimately, they devalue a company and its products,” she said. “Too many brands suffer the consequences of training their customers to expect and wait for sales, so their customers know that when they see the full retail price from that brand, the actual value of the product is much lower.”

Where things have become tricky in the past is in dealing with wholesale partners. The company is upfront with retailers that it doesn’t discount, but that’s not always taken seriously. If a retailer holds a surprise sale for customers, marking down one or more of MZ Wallace’s handbags in the process, the company has gone as far as terminating those relationships.

“Not discounting challenges our own merchants and marketers to be more creative, since it’s one less lever they can pull in moving product. When it comes to wholesale, most of our partners have a margin guarantee, so we, as the brand, are the ones who pay the price — literally — when they put an item on sale. Thankfully, the majority of our business is direct-to-consumer, so we have some leverage,” said Wallace Eustice.

This strict no-discounting policy is paying off, said Kevin Mogyoros, chief operating officer and chief financial officer at MZ Wallace. In the last three years MZ Wallace, which is privately held and does not share specific revenue figures, doubled its business. Percentage of direct-to-consumer, department store and specialty store sales are also up in the high double digits from last year.

“It is fairly clear why more companies should be doing this, because you have more revenue and a reduced loss on markdowns. It might not be possible to completely eliminate markdowns, but they can be greatly reduced. Inefficiency of inventory is causing the unavoidable part of markdowns,” said Stephan Schambach, founder and CEO of NewStore.

The recent wave of lower-than-expected earnings and store closures for brands from Kate Spade to Topshop has shed light on the negative effects of marking down products: Topshop recently filed for bankruptcy and announced it would liquidate all U.S. stores, attributing that in part to an aggressive discounting strategy. Tapestry-owned Kate Spade reported in its latest earnings report in August, that “incremental, industry-wide promotional headwinds in the North America outlet channel” stunted Kate Spade’s growth. Store sales fell 6% year-over-year.

For MZ Wallace, the zero-discounting rule spans across its own retail locations, its e-commerce site and its wholesale partners. Others including lingerie company Chantelle Lingerie, Stitch Fix and Allbirds have also adopted the strategy.

MZ Wallace does still work with retailers, including Nordstrom, Equinox and Bloomingdale’s. Those partnerships have been key for building a customer base, and it helped that the partnership terms with all were clearly stated from the get-go.

“The retailer business model is increasingly under attack from online. They don’t have the margins to sustain business models, and these newer brands decide not to depend on a channel that is in decline. You often see these new DTC brands trying to avoid wholesale altogether or only use it as a marketing tactic,” said Schambach.