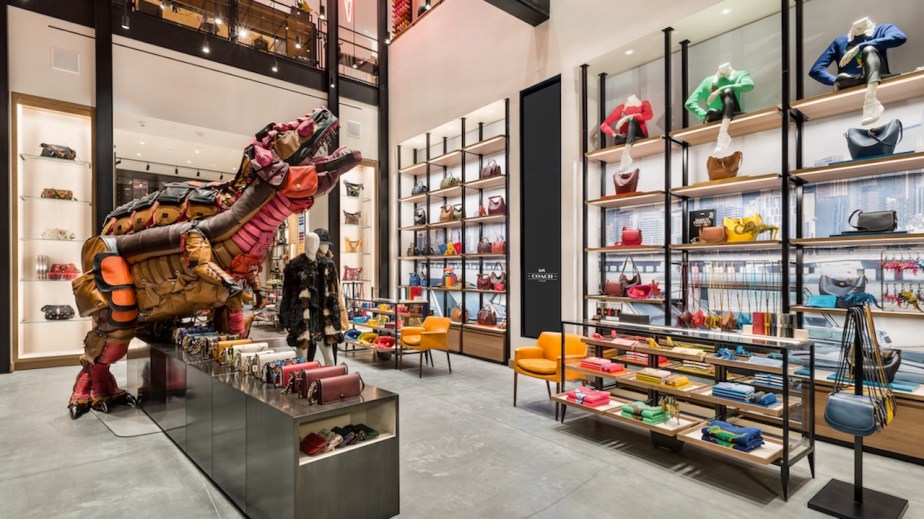 Tapestry had a good first quarter of its 2021 fiscal year, slowly climbing back toward profitability over the last three months, the company reported on Thursday. But like many others in the fashion industry, Tapestry’s relative growth hasn’t come from increasing sales — in many areas, sales are still still down significantly. Instead, it stems from the the company working the math of margins by pulling away from low-margin wholesale partnerships and brick-and-mortar stores, and focusing more on high-margin direct and online sales.

Overall Tapestry’s revenue was down by 21% year-over-year for the quarter, but profitability was up, with a 380-point increase in gross margins and 37% increase in operating income. Andrea Shaw Resnick, Tapestry’s interim CFO, said that the improved margins came from the fact that the company closed 50 store locations this year and pulled out of or reduced several wholesale partnerships.

During the call, Tapestry’s newly appointed CEO Joanne Crevoiserat, who was named to her position just two days before the earnings report, said that wholesale margins are particularly low at Kate Spade and Stuart Weitzman, but not as bad at Coach. Her plan is to continue closing unprofitable stores (mostly Stuart Weitzman, as it is the brand with the poorest retail performance) and pulling out of wholesale partnerships to focus on direct sales. Tapestry owns approximately 1,500 stores, with Coach accounting for more than 1,000.

Increasing focus on direct-to-consumer and e-commerce sales has been a common survival tactic among brands since March. As such, malls and wholesale department stores are increasingly struggling to attract brands. For Tapestry’s part, e-commerce made up only around 7% of its business in the quarter immediately preceding the pandemic. But in the reported quarter, ending on date, it reached 25% of the company’s total sales.

“[Retail brands pulling out of malls] will create a domino effect in brick-and-mortar retail, as more brands will follow and review the role of their physical presence,” said Andre Artacho, managing director of media consultancy Two Nil. “The big names are not only adapting to survive the new normal, but they’re also realizing the benefits of going direct-to-consumer with higher profitability and [using] a more data-driven, customized approach to engage with customers.”

Crevoiserat said Tapestry brought in 500,000 new online customers in North America in the quarter. In China, another growth area for the company, Tapestry-owned Coach is the No. 1 handbag brand on Tmall, one year after it launched there.

“We will also continue to lean into digital, with e-commerce sales expected to represent nearly half of holiday sales in North America this year,” Crevoiserat said on the earnings call. “And we will remain disciplined in our management of promotions, inventory and costs.”

Of the 50 stores Tapestry has closed this year, 15 were in the last quarter alone. A majority of them were located in shopping centers and malls, which are increasingly undesirable for brands. Similarly, last week Gap announced that it will close 350 Gap and Banana Republic stores by 2023, roughly 30% of the company’s total store fleet — a significant reduction that is also primarily hitting shopping centers and malls. Other mall mainstays like H&M and Zara are closing hundreds and thousands of stores, respectively, over the next year.

“If you were not serious about DTC before and your overall business ecosystem was not grounded in the future of online, then you are now playing catch-up, at a disadvantage and, in many cases, cash-strapped to make [necessary] moves quickly,” said Shelly Socol, co-founder and president of e-commerce agency One Rockwell. “Both Zara and H&M are perfect examples of two companies that could pivot fast, simultaneously closing thousands of stores and driving their consumer to their DTC site; they’re showing positive online results, [H&M’s online sales are up 27%] that offset their retail losses.”

Those store closures are bad news for malls. Many were already struggling before Covid-19, but now analysts say that more than a quarter of America’s malls could shut down in the next five years. Department stores are suffering, as well, with several going out of business in the last few months. The Wall Street Journal reported this week that investors have been pressuring malls for mortgage payments they’ve fallen behind on. With big mall brands like Gap and Tapestry’s portfolio leaving, along with non-apparel attractions like movie theaters and gyms remaining closed or depressed, those payments are set to be even more difficult to make.