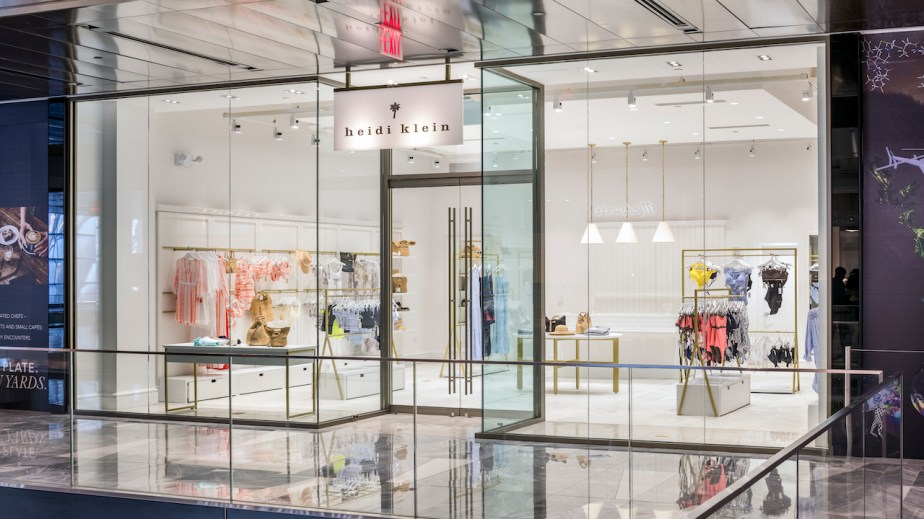 How NYC malls prepared to reopen

Malls have been embattled for long before the Covid-19 pandemic began, with high rent prices, brands’ move away from wholesale to direct sales and the rapid growth of online shopping eating into their prominence. The long gap in which those malls had to remain closed — nearly six months — put further pressure on their ability to stay relevant to the modern consumer. Now, leaders at malls like American Dream and Hudson Yards are confident that foot traffic will return — but analysts are less bullish on the future of malls.

Hudson Yards has been working with Mount Sinai Health System to install digital counters at every entrance to ensure it stays under 50% capacity, offer free masks throughout the location and institute a one-way path for shoppers to walk along. All of Hudson Yard’s digital kiosks that show maps and dispense tickets for events have been made contactless through the use of QR codes.

But the last few months have seen some irrevocable shifts in the retail landscape that won’t be undone just because malls open back up. A late August report from TOP Data shows that consumers have taken to other forms of shopping like e-commerce and direct sales like never before: Nearly 75% of consumers said they have been shopping more online since the start of quarantine than ever before, and nearly 90% said they will continue to do so regardless of stores reopening. A report from DigitalCommerce260 said that e-commerce sales in the U.S. were up 76% since the pandemic began.

“It’s inarguable that there’s been a big shift in how consumers shop,” said Sean Lansing, director of client strategy at TOP Data. “And those behaviors are going to continue.”

Outside the city, other big malls are similarly doing whatever they can to try and lure foot traffic. Set to open select stores on October 1, American Dream has put an emphasis on health and safety, naming Hackensack Meridian Health, a New Jersey health-care network, as its official partner in creating guidelines for reopening. Hackensack Meridian advised on the months-long process of building safety guidelines and infrastructure to support safe shopping. The company will have health clinics on-site and also helped develop an American Dream mobile app that offers safety guidelines and mobile ticketing for events to avoid having to use a ticket booth.

And it’s not just the customers who are gravitating away from malls. Brands big and small have both vocally and implicitly made it clear their interests lie outside of malls. Brian Bolke, founder of Hudson Yards store the Conservatory, made his frustrations known to Glossy back in June, saying that the city waited too long to reopen malls (they weren’t part of any of the first four phases of reopening), and that has had a major impact on his business.

Brands like Mejuri and Lunya did not reopen at the beginning of June despite permission, waiting up to two months later to reopen, since the cost simply wasn’t worth it. As malls around the country begin to reopen, it’s possible that brands may decide a reopened mall with reduced foot traffic isn’t worth the investment.

Despite this, Bryan Gaus, vp and general manager at Hudson Yards, said he’s expecting every brand and store in Hudson Yards to participate in the reopening on Wednesday. He also said there have been no major changes to the leases between Hudson Yards and the stores beyond the permanent closures of stores like Neiman Marcus and restaurants including the TAK Room. Matt Scanlan of Naadam previously told Glossy that Hudson Yards offers tenants a revenue-share lease agreement.

“We’ve been preparing for this moment for months,” Gaus said. “Since the initial shutdown, we’ve been in recovery mode. We’ve trained our teams, we’ve worked with Mount Sinai to make sure it’s very safe and we are ready to finally get back to business.”