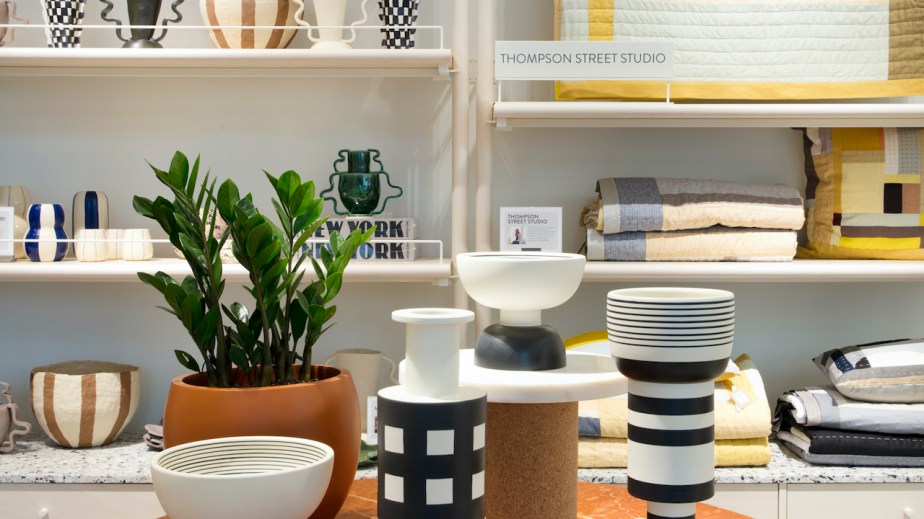 How Nordstrom, American Eagle and Abercrombie & Fitch are tackling the holiday season

Heading into the holiday season, a number of major apparel retailers released earnings reports indicating where they stand.

At Nordstrom, the company’s lower-price Nordstrom Rack stores are underperforming. For American Eagle, Quiet Platforms, the shipping and logistics company it acquired in December of last year, is still a drain on revenue. And Abercrombie & Fitch is putting an emphasis on new retail concepts to capitalize on increased foot traffic to stores.

Here’s a closer look at each of these three companies’ recent earnings.

In Nordstrom’s third-quarter earnings report on Tuesday, the company revealed that sales dropped off in the last two months in two groups in particular: young people and low-income consumers.

Young consumers cut their spending nearly in half through September and October, according to the report, but CEO Erik Nordstrom said those sales have just begun to pick back up in the last two weeks.

“Across both banners [of Nordstrom and Nordstrom Rack], the softening trend was more significant in customer segments with the lowest income profiles, while we saw greater resilience in the higher income cohorts,” Erik Nordstrom said on the call.

The softening of spending among low-income customers was particularly bad for Nordstrom Rack, where sales dropped by 2% compared to the third quarter last year. But rather than retreating from the discount sector during this period of inflation, Nordstrom has a plan to reinvigorate Rack.

“We continue to focus on increasing our supply of premium brands at Rack, improving our assortment and growing brand awareness to fuel future growth,” Erik Nordstrom said. “Premium brands are a differentiator for the Rack, and we are dedicated to having great brands at great prices at each of our locations.”

He said 90% of the premium brands sold at Nordstrom, like Kenzo and Proenza Schouler, are also sold at Nordstrom Rack. Over the last quarter, there was a 9% increase in sales of those premium brands at Rack, despite the general decline of Rack sales. Nordstrom plans to open eight more Rack stores throughout the next year, plus at least one more store in 2024. That premium assortment will be key to buoying Nordstrom Rack’s sales through the holiday season, according to president and chief brand officer Pete Nordstrom.

“We’ve used our learnings from past holiday events to improve our offering, with the goal of being the go-to destination for gifting and preparing for the moments that matter to our customers,” he said on the call.

Over the course of 2021, American Eagle purchased two shipping companies, AirTerra in August 2021 and Quiet Logistics in December 2021, reorganizing them both under the umbrella name Quiet Platforms.

In the third quarter, AEO was able to ship 80% of online orders to customers within three days, thanks to the increased efficiency of owning its own shipping companies. The overall third-quarter revenue for the company was $1.2 billion, two percentage points of which were driven by selling Quiet Platforms’ services to other companies.

“I really want to underscore that the Quiet network provided much-needed capacity to AE and Aerie over the past several months, enabling us to seamlessly handle higher inventory levels,” COO Michael Rempell said on the call. “Digital delivery costs in the third quarter were down to last year as we fulfilled orders more cost-effectively and with fewer shipments.”

And beyond its internal use, Schottenstein said AEO is planning to rev up third-party use of its shipping platforms. While not officially revealed in the earnings report, Schottenstein said on the call that he estimates Quiet Platforms’ quarterly revenue from third-party customers will have increased 60-80% by the end of the year. AEO execs expect that revenue to grow even more during the holidays.

“As volumes ramp up into the holiday selling season, we expect Quiet’s bottom line to improve sequentially,” CFO Mike Mathias said on the call.

At Abercrombie & Fitch, all focus is on brick-and-mortar retail. Citing strong foot traffic, which has held on since the second quarter, A&F will have opened 18 Abercrombie stores, 24 Hollister stores and 15 Gilly Hicks stores in 2022 by the end of the year. This will make 2022 the first year that A&F opened more stores than it closed in more than a decade.

“It’s been great to see our brands deliver the updated experience in new centers, as well as reenter key locations we exited over the past few years,” said CEO Fran Horowitz in an earnings call on Tuesday.

New stores look a little different than previous iterations. At Abercrombie, for example, a new elevated store concept was introduced this year, with a layout and furnishings that were inspired by luxury boutiques. These stores are driving 60% higher revenue than the company’s older stores.

In the fourth quarter, A&F will introduce a new Hollister store concept. It’s intended to be modular and flexible to quickly adapt to new collections, layouts and merchandising opportunities.

Last year, inventory shortages led to lower holiday sales at A&F brands, but executives said the increased number of stores as well as more proactive inventory buying this year is meant to fix that. Horowitz is “cautiously optimistic” that the brand has adequately prepared for the holiday crush, which is expected to begin this weekend, she said.