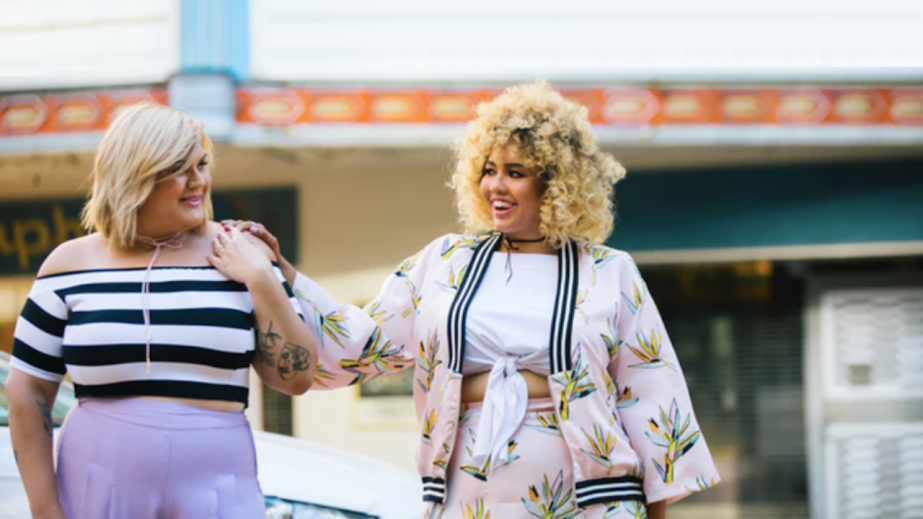 When influencers Nicolette Mason and Gabi Gregg met in 2008, “influencers” was a word that had yet to catch on. But over the course of the last 10 years, the two have amassed a major following on Instagram and their respective blogs, thanks to their inspired tastes in fashion and their commitment to body positivity.

In the last year and a half, Mason and Gregg have been focused on Premme, the plus-size fashion brand they created together. At the end of last year, Premme was chosen as one of the nine startups participating in Snap’s inaugural accelerator program, Yellow. Yellow, which positions itself as an accelerator for media companies, awarded the startups $150,000 in funding, along with a three-month residency with Snap in California meant to provide education for building their businesses. (Premme is not a media company, but Mason and Gregg said their goal of merging content and product was a factor in why they were chosen.)

Since then, Premme has caught on among plus-size shoppers, with multiple collections selling out, some within one day of going live. Mason and Gregg attribute their brand’s success to date to their ability to build a community. Both grew sizable followings through their respective blogs in the late 2010s, which translated to their Instagram accounts, which have 174,000 and 672,000 followers, respectively. Mason attributed the buzz around Premme’s launch to that following. Gregg said “the vast majority” of the brand’s sales have come from people who are following one or both of the founders. Premme declined to share any specific figures around the brand’s size or revenue.

A brand started by influencers is not a new concept. Brands like Good American, Uncommon James and Something Navy, which can all be found on the shelves of Nordstrom, were all started by influencers. But Premme’s strategy for differentiating itself is through its product. According to Mason, there are not many brands out there that both have the audacious design sensibility of a contemporary brand, like Zara or Topshop, and that exclusively focus on plus-size women.

“A lot of brands have body positivity in their messaging, but [plus-size] women are not really represented in their actual product,” said Mason.

For Mason and Gregg, the key to building their brand has been the community they established before launch. They had a relatively significant built-in audience when taking the brand to market, and — based on their comments on Instagram — much of that audience had been hungry for the kind of bold, plus-size styles Premme offers. As a result, the founders were able to dodge a big pain point that comes with launching a brand: customer acquisition. The company launched with a relatively modest selection of 15 styles, a third of which sold out on day one — the site crashed due to the amount of traffic it received.

A community-driven approach is one many online-only DTC brands have adopted. Maternity fashion brand Hatch, for example, relies on community-building efforts, like in-store classes for new parents, to help support its broadened retail expansion plans.

“A lot of brands make a mistake of trying to manufacture a community,” Mason said. “Creating something that doesn’t organically exist can be really difficult, and it can end up feeling so fake. For us, it was very organic. We didn’t build a brand and then try to build a community to market it. The community existed first, and it allowed us to create the brand.”

Mason and Gregg pointed to Glossier as an inspiration, as it was created to serve an existing community.

The Snap accelerator was a helpful educational experience for Premme, said Gregg. She said Premme was the odd one out in the accelerator — aside from Premme, included startups were focused on digital media companies. However, being adjacent to those startups, which were all focused on connecting with people, had a positive effect on the brand’s ability to build relationships with potential customers, she said.

“We were the only one of the companies that was in the product and e-commerce space,” said Gregg. “The others were all doing innovative things in VR and AR. It was a benefit to us that we are young and flexible, and we don’t have a ton of experience in more traditional branding and marketing fields. At the same time, it was good for us to be able to learn some of the more technical strategies for reaching audiences.”

Additional customer acquisition and audience building is next on the brand’s agenda; Mason and Gregg are focused on building brand awareness and expanding the brand’s recognition outside of their personal followings, through influencer collaborations and pop-up shops around the country. After that, like many DTC brands, Premme is hoping to translate pop-up shops into permanent retail locations.