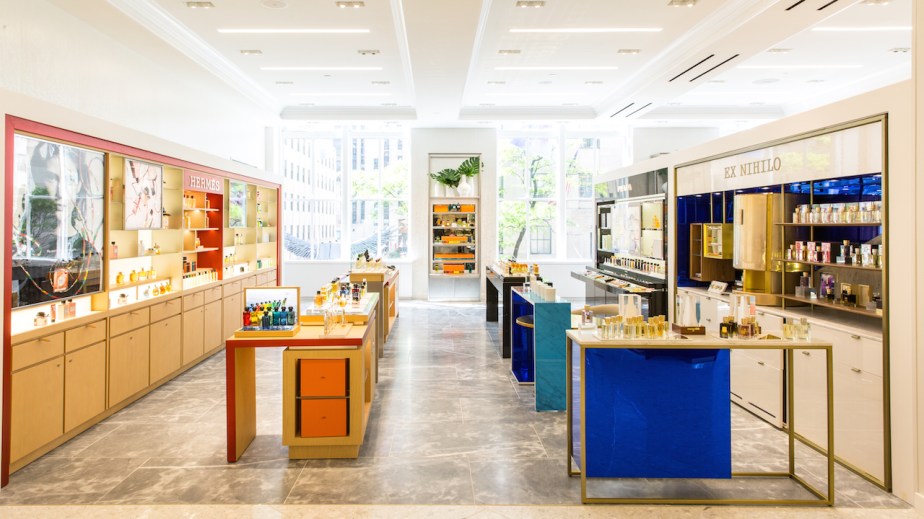 For every struggling retailer, there’s a competing theory for the best way to survive the current retail landscape. Hudson’s Bay Company, the owner of retailers including Saks Fifth Avenue, Hudson’s Bay and Saks Off 5th, has come up with an unorthodox but ambitious plan: to take the company private while it comes up with a better solution to its problems and to streamline its portfolio to focus on its highest-performing assets.

On Oct. 21, a minority of the company’s investors bought the company entirely and are taking it private; taking it out of the view of investor and public scrutiny as they try to reconfigure the business. The company’s view, according to an investor presentation earlier this week, is that it will be impossible to restructure while also returning favorable profits to investors over the next few years. So, rather than try to juggle both goals, HBC is eliminating one entirely: focusing all of its efforts on restructuring, even if profits must suffer until it does.

“It’s the Wild West in retail right now,” said Scott Stuart, CEO of Turnaround Management Association. “Everyone is figuring out what will work. It’s private versus public, investing because there’s power behind a brand name, finding a balance between online and physical sales, landlord concessions, navigating private equity participation — there are so many models at odds right now. But HBC’s plan here is impressive and aggressive. They obviously have put a lot of forethought into a move like this, and they must feel like there’s enough consumer confidence in their brands to support it.”

A similar plan was being pushed by the Nordstrom family two years ago. They wanted to buy back the company for similar purposes of easing investor pressure, but the deal fell through in March 2018 when a price could not be agreed upon.

In the presentation, HBC said it expects to incur $825 million in restructuring costs over the next three years, mainly from closing its Netherlands operations and ongoing rent obligations for Lord & Taylor and Home Outfitters, all of which were closed or sold off in the last few years. HBC also pointed to deteriorating brick-and-mortar sales and rising rental costs, culminating in an overall 4% decline in department store sales each year for the past five years.

HBC’s move to focus on the brands that are performing best means leaning into Saks Fifth Avenue, seemingly the only part of HBC’s portfolio that hasn’t been struggling. In the company’s most recent earnings, Saks posted its ninth consecutive quarter of growth, while nearly all of the company’s other brands posted losses. In fact, this streamlining has already been underway since earlier this year.

“As income disparities have widened across the U.S., retail sales for both discount and luxury retailers have grown substantially over the last few years, but more balanced retailers have seen sales stagnate and even decline,” said Bob Hoyler, senior analyst at Euromonitor International. “This trend has negatively impacted Lord & Taylor. It’s likely been a major contributing factor as to why HBC has been happy to lavish resources on the Saks Fifth Avenue brand while not giving the same level of attention to support the Lord & Taylor banner.”

Saks has been expanding. In the last two months alone, HBC has added a new floor in its NYC flagship store dedicated to private jewelry. The retailer has reportedly also been in talks to host Barneys New York shops within its stores in wake of the latter’s bankruptcy. The differing levels of support given by HBC to Saks Fifth Avenue over its sister retailers has even extended to e-commerce, Hoyler said. In 2018, e-commerce sales attributed to Saks were more than two and a half times higher than Lord & Taylor’s, according to Euromonitor.

The pressures of being a public company can be suffocating for a retailer, particularly during rough patches in retail when slip-ups and temporary downturns are all less easily forgiven. Companies like Farfetch, which ran into problems with its aggressive acquisition strategy shortly after going public, show that an IPO comes with a fair share of challenges.

“Companies go public because they think it will bring in more investment and shore up their finances,” Stuart said. “But at the same time, it’s a much higher level of scrutiny. The accounting and audit requirements are onerous, and it doesn’t always work. Look at WeWork. They were seeking a huge valuation, taking 15-year leases to become this behemoth, but how do you expect a company like that to make money long term? It’s head-scratching.”

HBC did not respond to a request for comment on this story, but the information the company has put out since the announcement of going private suggests that HBC is aware of both the bitter prospects for retail right now and the necessary losses it will need to endure to come out on the other side intact.

“I think being a public company is very difficult, between regulatory obligations and analysts breathing down your neck,” Stuart said. “In an instance like this, there’s absolute merit to a strategy that allows a lot more freedom. For a struggling entity like HBC, this move makes sense in an attempt to be more innovative under less scrutiny.”