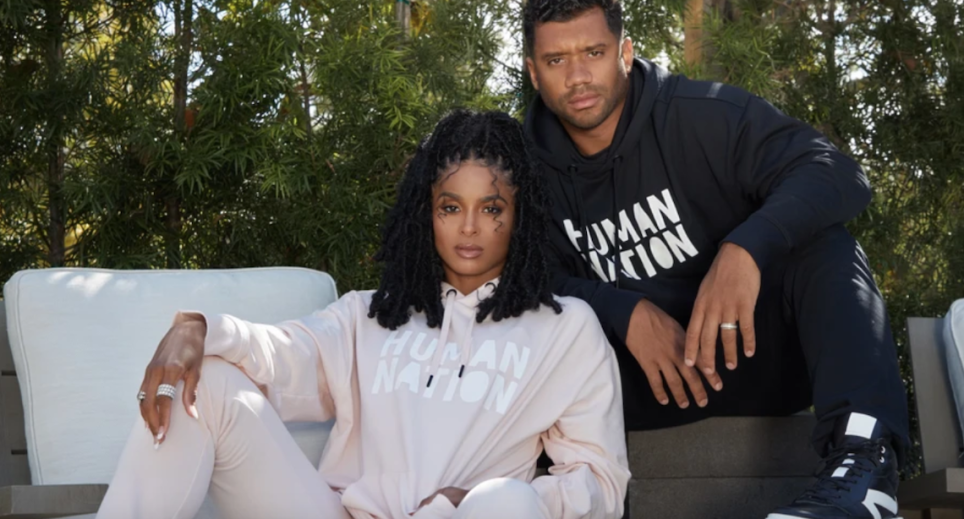 Last year, Lululemon veteran Christine Day and husband-and-wife duo Russell Wilson and Ciara founded The House of LR&C, a multi-brand fashion house based out of Seattle. The company launched two brands called Lita and Human Nation within the space of two years, and added in Wilson’s previously-launched brand Good Man, founded in 2015. Now, Day said she’s ready to start scaling the company in a major way.

To do that, the company brought on board David Adelman, the founder of Darco Capital, who has invested in over 60 brands including Lids and Margaux. He has acted as both an investor and a board member for these brands. Adelman will advise and help The House of LR&C secure additional funding.

The House of LR&C’s growth trajectory, and the foundation Day has laid for the company’s future, are a case study in how to build a new kind of American fashion company. Conscious of the roadblocks that other multi-brand companies like Gap and Victoria’s Secret have faced, Day said the key will be finding just the right balance between wholesale and DTC.

“Wholesale margins are half of DTC margins,” Day said. “But wholesale still has a lot of value. We’ve been able to work with Nordstrom and Kohl’s to hit our minimum buys, which helps us turn inventory into cash quicker. [That] can then be used toward our DTC business.”

Day said DTC-focused startups would be wise to think carefully about their wholesale strategy before trying it. Many have their production and marketing costs set for the much higher margins of DTC and then can’t handle the lower margins of wholesale. For House of LR&C, Day said she designs her margins with wholesale in mind first, to make sure they’re doable.

Good Man, which has grown 50% over the last year and makes up 82% of the company’s sales, compared to the two new brands Human Nation and Lita, is the most wholesale heavy. The brand is sold through Nordstrom, with 29 different SKUs on replenishment at the retailer. Good Man is also the top-selling men’s modern brand at Nordstrom, beating out older brands like Theory.

For Human Nation and Lita, Day said DTC will be a stronger growth driver, and will leverage Wilson’s and Ciara’s fame as a marketing tool. Day said that when the pair post images on social media about going out on a date night while wearing clothing from the brands, traffic jumps by an average of 1,500%. This helps undercut some of the inherent expenses of DTC, which has higher marketing costs than wholesale. The brands have also worked with other celebrities and influencers like Halle Berry.

Currently, DTC sales make up about 15% of the larger business, though that number will likely go up as Human Nation and Lita grow into larger companies.

Adelman said he was convinced by Day’s vision for the company that a multi-brand house could start by launching two brands right out of the gate.

“With a typical startup, you’d be worried about scaling the business,” Adelman said. “Why start with three brands at once? Why not have one brand to start with? But Christine has experience running complicated businesses. That removes a lot of the risk for me.”

Day contrasted what she’s doing with House of LR&C to Gap and Victoria’s Secret, which cannibalized themselves with other brands in their portfolios. There isn’t enough of a distinction between Gap and Banana Republic on a product level, for example, to justify the two brands, according to Day. Her company’s brands, however, are intentionally distinct. Good Man is a men’s modern brand, akin to Theory or Scotch & Soda, while Lita is a women’s contemporary brand and Human Nation is youth-focused and streetwear-inspired.

The last piece of the puzzle, Day said, is ensuring profitability.

“I struggle with companies that have gone public and yet have no path to profitability,” Day said. “You have $100 million in revenue and you’re still not profitable? There are reasons to defer profitability sometimes, but especially in apparel, it’s generally not sustainable and it’s not the kind of business we want to build.”