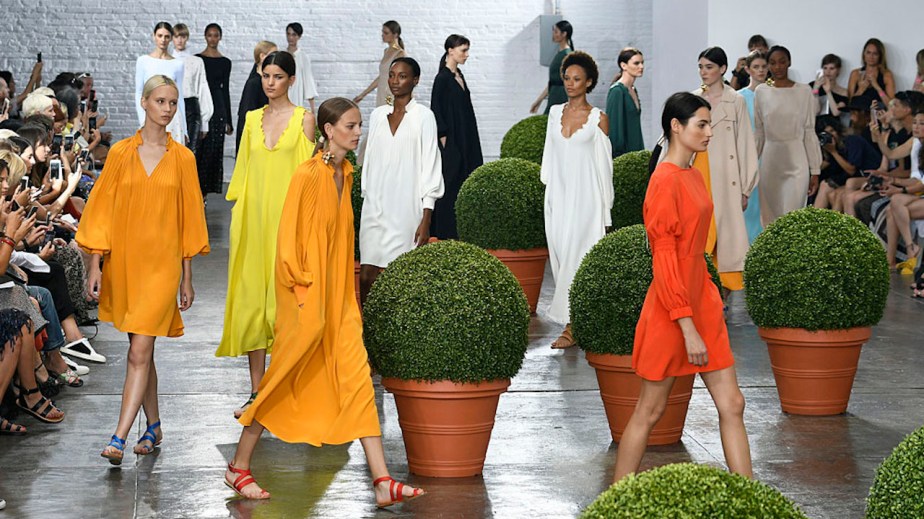 For fashion brands, 2021 is the year of no plans

In March and April, when the pandemic fully hit in the U.S., brands tossed out projections and plans, including canceling store openings, and rethought how their entire year was going to look. Over the next nine months, attempts to plan more than a few weeks ahead were regularly upended as the pandemic surged and subsided, lockdown rules changed regularly, and consumer habits shifted rapidly.

Fashion brands have learned that planning too far ahead or with too much confidence is useless, with circumstances changing so rapidly. For many, 2021 is the year of no plans.

That’s not to say that brands don’t have goals or projects they’re working toward. Instead, many are simply shifting the way they approach those plans. Rather than attaching firm deadlines or making firm decisions, brands like Lands’ End are keeping plans flexible and preparing to adapt or change them on the fly, as the need arises.

Chief product officer Chieh Tsai said that Lands’ End has shifted most of its focus to basics, pulling back on trend collections which require more investment and have the risk of becoming irrelevant. Her team is now developing seasonless trends that can be promoted according to market demand, and at the same time, they’re buying into inventory in small batches.

“We’re always looking at the data about what people want, how much they’re spending, etc., but it’s important not to overreact,” Tsai said. “Our design team is in constant contact with our marketing and merchandising teams, and we’re being cautious about making any [firm] decisions based on a little bit of data, until we can see how it’s playing out.”

Amy Smilovic, founder of advanced contemporary brand Tibi, said her team has completely broken away from highly structured planned marketing campaigns with strict deadlines and goals. Instead, her team, which has been downsized to barely over a dozen people from more than 40, does things ad hoc.

“It’s really organic, the way we do it now,” Smilovic said. “If I’m on the train and post a picture of myself wearing a pair of pants, by the time I’m in the office, someone on our marketing team made up a post about it on our brand’s page, the e-commerce team has highlighted those pants on the site, and we do another post about it later that night. None of that is planned out. I throw the ball in the air, and my team catches it. As long as they don’t run out of the stadium with it, it works.”

Smilovic said the new size of her team and the brand’s shift to a stronger DTC focus have allowed it to do the kinds of fast, reactive things she always wanted. If the team designs a product, the brand no longer has to wait for the appropriate season to fit it into a larger collection and find buyers for it. They can just release it on the site within two weeks of finalizing the design, Smilovic said. That freedom is both exciting and necessary for a world that has made more concrete long-term plans difficult.

But a year of no plans also presents its own challenges, namely around budgets. For example, DTC brand Bobblehaus canceled plans for its first pop-up, scheduled for April, due Covid. It quickly shifted gears and started making an alternative plan: to host a pop-up in September in a different venue, for a shorter period of time and with a new touchless setup. The budget remained tightly controlled; the two-week pop-up’s price tag wound up being $20,000, as budgeted for spring.

MeUndies CMO Jeremy Lowenstein said that, for his brand, this year has made evident the power of having a healthy testing budget and a team that can jump on new ideas quickly, whether for a platform like TikTok or a marketing channel like direct mail.

“The hardest part is that you’re operating in the grey,” Lowenstein said. “We are getting a little bit more clarity of what everyone’s lives will look like next year and what the distribution channels will look like, but 2021 will be a year of change that’s hard to predict. For now, we’re just trying to build a culture of ‘Let’s just try things and see how they work, and learn from them.'”