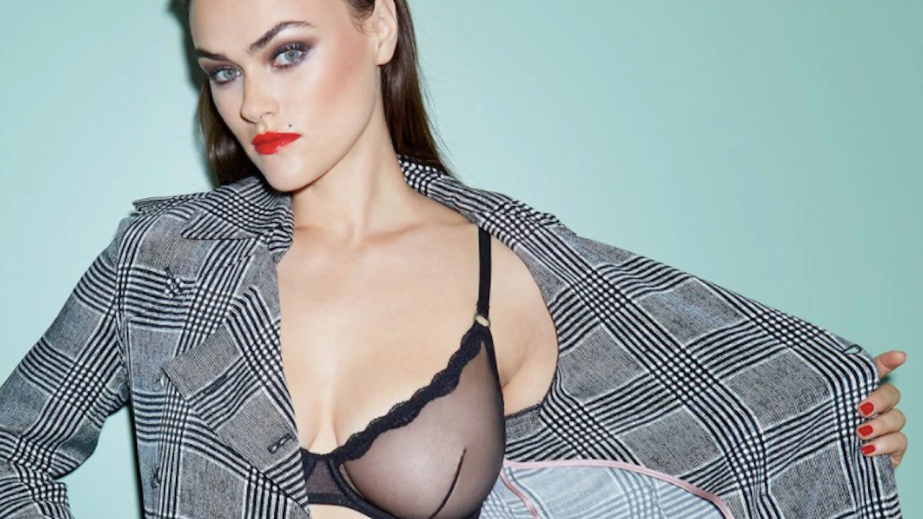 In the latest episode of #LFH, Glossy’s Instagram Live series focused on how brand founders are Leading From Home, Fleur du Mal founder and CEO Jennifer Zuccarini discussed how she’s been collaborating with her team, coping under new pressures and preparing her brand for the future.

Zuccarini logged on from Amagansett, New York, where she’s been living since March. She said that establishing a routine early on made for a smooth transition to the remote setup.

Zuccarini’s morning now includes making coffee, meditating and doing a workout through the Nike Training Club app. Her workday involves hopping on a call with the company’s marketing and e-commerce teams at 10 a.m. and doing a video chat to see all of her team’s faces at least once. She virtually meets the staff for cocktails every Thursday at 5 p.m.

“We’re busier than ever,” said Zuccarini. “My days aren’t any shorter — they’re maybe even longer than usual, because this [new setup] just adds extra complexity to how we’re working.”

For example, the design team is now shipping samples back and forth for approvals.

“We had a tough couple of weeks [at the beginning]. We had to cut spending in some areas; we pulled back our advertising budget quite a bit. We talked about all the things we could possibly do to get through this, and [making layoffs] was one — but that was our last resort. Thankfully, we‘ve been OK.”

The slow road to re-opening:
“We are opening a new store in L.A, in West Hollywood in September. We were just about to kick off construction when this all happened, but we slowed it down because we’re not in a rush to open it. We have our store in New York in Nolita, and obviously we had to [temporarily] close that. I don’t know when that’s reopening yet — I’m thinking maybe the end of June. But we’re going to see what’s happening in the neighborhood, in Soho, in Nolita. And we’re going to take every precaution we need to take. I don’t know how it’s going to be: Are people going to be out shopping? We have a lot of tourists, usually — that’s not going to be happening for a while. We’re a little worried, but I also think people are cooped up and maybe will want to shop.”

Moving on from the seasonal fashion calendar:
“We’re actually moving to more of a drop calendar, as of holiday. We’ve always been on a pretty traditional, seasonal fashion calendar: We do a lookbook every season, five collections a year — but it’s just too much product, and I think a lot of people are realizing that. We can’t sell through it all that quickly. We’re going to cut back our collections quite a bit: It’s going to be more than 50% less [product]. We’ve been talking about it for so long, and most of our business is direct-to-consumer, but when you show collections to wholesale [partners], buyers want to see more. You show them 150 styles, and they’re like, ‘It’s not enough.’ In the end, we can’t get behind so many styles in a season; we have to be more selective. And the traditional [wholesale system] is going to have to evolve. It’s really a system that’s set up to fail, especially for designers. The calendar and deadlines don’t work.”

Lingerie’s direction:
“It’s a pretty segmented market — there are so many new players and direct-to-consumer lingerie brands now. I think what’s happening with Victoria’s Secret is that a lot of other people have come in and taken little pieces of that business. And I don’t know what’s going to happen with Victoria’s Secret. They’re going through a lot right now, and maybe they’ll recover. But people, more than ever, want to feel that a brand really represents who they are as a person — and now there are more choices. Before, there was just Victoria’s Secret and a lot of small brands. Now, there are so many great brands customers [can connect with]. It’s all about having that message and story, so that your customer is like: ‘That’s who I am. I’m a Fleur girl.’”