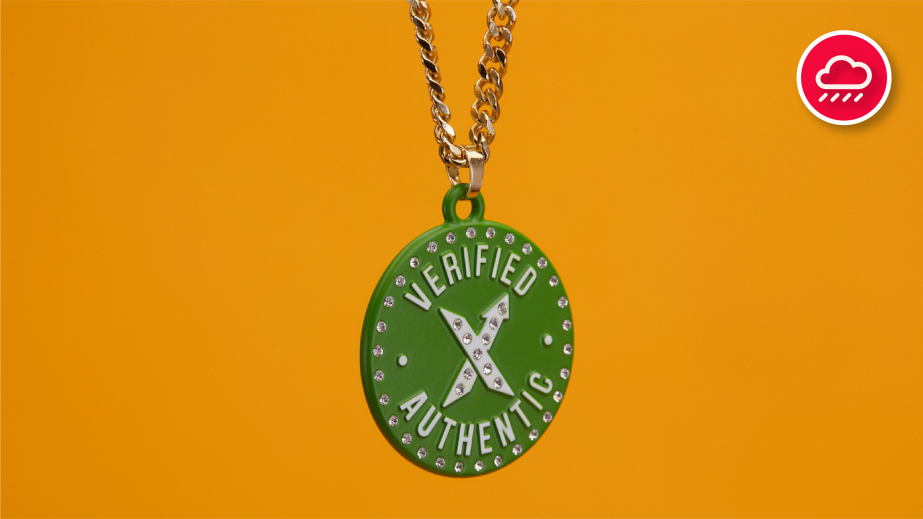 Retailers are cutting jobs in preparation for harder times

Throughout this week and into next, Glossy is running a series of stories on how the fashion and beauty industries are preparing for a potential recession. We’ll dig into how companies plan to manufacture, fundraise and run a retail fleet when the economy suffers.

In the last 45 days, leading e-commerce and retail tech companies including StockX, Stitch Fix and Klarna have announced layoffs. A common reason cited in their chief executives’ official statements has been preparing for further economic challenges.

Following a story breaking the news on Tuesday, online sneaker platform StockX confirmed to Glossy that it’s laid off 8% of its workforce. According to the company’s released statement, “StockX is not immune” to the “macroeconomic challenges currently impacting [the] global economy.” That’s despite its $3.8 billion valuation, as of April 2021.

“Effectively navigating today’s reality requires investment in long-term sustainability,” the statement read. The company, like all brands mentioned in this story, declined to provide comments beyond those in their statement.

While the economy remains strong by many standards, for brands, signs point to widespread danger ahead: Job growth is slowing, jobless claims have accelerated, and retail sales reportedly fell in May. With inflation at a high, the Federal Reserve is driving up interest rates to achieve balance, making it harder to grow a company with borrowed money. Meanwhile, investors are expected to increasingly tighten their purse strings, and geopolitical conflicts are adding fuel to the fire.

Talk of a looming recession has lingered for months, motivated by falling public markets. As such, the pace of layoffs has been slower compared to the start of the pandemic, when some industries including color cosmetics seemed to lose relevance overnight. But, as of late June, more than 22,000 U.S. tech workers have been laid off in mass job cuts in 2022, according to Crunchbase.

For some companies, riding the waves of the last two years resulted in overhiring, whether in building back their employee headcount or leaning into growth opportunities. They’re now proving their ability to be nimble, going beyond bracing themselves by taking action to conserve cash. Of course, maintaining strong — or, at least, minimally scathed — financial positioning is the goal.

Elizabeth Spaulding, CEO of personal styling-focused retailer Stitch Fix, announced to employees early this month the company’s decision to cut 15% of its salaried positions, or 330 workers. The move was a result of having taken “a renewed look” at what’s needed to position the business for profitable growth, amid factors including an “uncertain macroeconomic environment,” she stated.

And in late May, Sebastian Siemiatkowski, CEO and co-founder of payments solutions giant Klarna, revealed the company’s plan to slash 10% of positions. Among reasons he cited were a “shift in consumer sentiment, a steep increase in inflation, a highly volatile stock market and a likely recession.”

It’s nothing new. In 2020, even less affected companies took a cue from the pandemic-forced overhaul of most norms by pausing to rethink their status quo, in the name of safeguarding for the future. Many made moves to optimize their team structures and operations, focusing on efficiency and profitability, for example.

And the trend shows no signs of slowing down.

On June 23, telehealth company Ro, which expanded to teledermatology in February and boasts a $7 billion valuation, told employees in an email from CEO Zachariah Reitano that it had laid off 18% of its staff. The note, shared by a company spokesperson, said, “While we took steps over the last six months to prepare for a possible [economic] downturn, including raising additional capital and narrowing our focus, we came to the unfortunate conclusion that we needed to make more significant changes to manage expenses, increase the efficiency of our organization and better map our resources to our current strategy.”

Meanwhile, Glossier laid off a third of its corporate staff, or 80 people, in late January. And e-commerce retailer Zulily downsized its corporate team by nearly 10% in May.

The fact that unicorns are downsizing is attracting buzz, but fashion and beauty companies at all levels are making the same types of tough decisions.

Outside of companies that are right-sizing their headcount via layoffs, many are pausing or slowing hiring, and even rescinding job offers. Even employed workers are being affected, with wage growth rates slowing and bargaining power on the decline.

“There is a high degree of uncertainty … And one way this is playing out is in companies taking a more measured approach to hiring,” said Tricia Logan, managing partner and head of global retail practice at executive recruiting firm DHR Global. “The competition for talent is still intense, but organizations are closely evaluating current openings and looking hard at the criticality of certain roles.”

She added, “I don’t anticipate job cuts at senior levels in the near future. But boards and shareholders have little tolerance for underperformance, so I do expect to see more CEO changes and associated C-level moves. [Plus] we’ve already seen hiring freezes, and there may be more to come.”

But not everyone in retail is convinced we’ll see a recession. In National Retail Federation’s latest monthly economic review, published Thursday, chief economist Jack Kleinhenz said a recession in 2022 is unlikely, as “consumer outlook for the next few months remains favorable.”

However, “a contracting economy short of a recession is not out of the question,” he said, adding that 2023 will be “touch and go,” in terms of reaching recession status.

Regardless of how you slice it, it’s not good news.

“I’m bracing myself for a hard 18 months,” Nick Brown, co-founder and managing partner of VC fund Imaginary Ventures, said on Wednesday while recording the July 13 episode of the Glossy Podcast. Imaginary’s portfolio includes Skims and Glossier, among other retail and technology companies.

As he tells it, the same strategic moves that currently read as bad PR may prove a brand’s lifeline.

“You [may] say, ‘I’m gonna wait it out for six months, and then I’m going to reduce my marketing spend,’ or ‘then I’m gonna reduce my team.’ But, at that point, you may have made a decision six months too late,” he said. “Companies that make the tough decisions early on and set themselves up to weather the storm will be the ones that can take advantage of opportunity on the other side of it.” –Jill Manoff

Twelve-year-old Veronica Beard has opened its first international outpost, in London. Opened in June, the store is located in a four-story townhouse in Mayfair.

Stephanie Unwin, president of Veronica Beard, said the company’s U.K. sales have steadily grown since 2021, when it relaunched international shipping, and that the U.K. is one of the brand’s biggest international markets. Veronica Beard also maintains a shop-in-shop within Harvey Nichols and is sold through specialty boutiques within the U.K. Unwin declined to share what percentage of the company’s DTC e-commerce sales come from outside the U.S.

“Bringing a Veronica Beard store to London has been a dream of ours for many years,” said Veronica Miele Beard, co-founder of Veronica Beard. “We know that the customer is in the U.K., and one of our philosophies as a brand has always been to meet her where she is.”

The London store is also indicative of an international growth phase for the brand, as a Toronto, Canada store will open by the end of the year, Unwin said. The London flagship is the brand’s 19th retail location and will carry its full assortment of products, which sell for $120-$1,200. –Emma Sandler, beauty editor

Private Policy has been busy. In June alone, the 6-year-old fashion brand showed its collection at Shanghai Fashion Week and debuted a collaboration with Ecco Domani. Below, Siying Qu, the brand’s co-founder and designer, and a 2019 CFDA/Vogue Fashion Fund finalist, discusses the importance of taking advantage of opportunities and leading with inspiration.

The evolution of genderless fashion

“When we first started the brand in 2016, our [genderless] focus came from a place of instinct. My business partner identifies as a gay man and I’m a girl who loves to shop the men’s section. That made us think about why clothing has to have gender. We also started to see — [among] our friends, and while shopping at Opening Ceremony and Barneys and Saks — guys looking through the colorful girls’ things and girls looking at men’s things, saying, ‘Wow, there are pockets — I wish [my clothes] had those.’ We really wanted to change that from “cross-dressing” to embracing this idea of fluid fashion. Today, we see that more not only in fashion, but also in society; people are more open to a fluid way of thinking about gender, and that’s really translated to how people dress.

Fashion should be all about freedom and joy. But, at the same time, a lot of people are scared of it, or they don’t feel included. I love to encourage people to feel more free with clothing.”

On being a NYC-based brand

“We’re so inspired by New York City, and the people and energy here. One reason brands talk about social topics every season is that New Yorkers are so outspoken when they see injustice and so brave in coming together to support each other when others are going through tough moments.

From a design perspective, we love to design on the street and see what cool kids are wearing today — usually things that are effortlessly mixed-and-matched, in such a New Yorker way.”

The importance of traditional fashion institutions

“It can be challenging for an emerging designer to [take part in] fashion week because of the cost. And this whole system can be overwhelming, like: Where do I even start? How do we be seen? But fashion week is such a robust, active moment of the fashion world, so we always find ways to do a show. It’s a moment to communicate to our audience what we’re doing, what the concept is, what social topic we’re talking about. We still find it very valuable and enjoy it so much — especially since coming back to live shows after the pandemic. Everyone’s so excited to be there.

It’s important that there are bigger organizations and platforms that give young designers a chance and allow them to show their ideas, which can be very new. Without platforms like the [CFDA] and fashion week, and the sponsors and grants we get every season, it would be hard for us to be seen by the broader public. And at the same time, the fun ideas we bring can be entertaining and [add] value.”

“We were definitely influenced by this whole experience of quarantine, especially being in New York. You can see it in our collections during and after the pandemic. People were buying so many plants and starting community gardens — and we started to study more about the relationship between nature and big city life, and how they can seamlessly blend together. And we want to continue in that [direction].”

“Do something you’re very passionate about. It will help you get through a lot of the challenges and stressful moments [you experience] as a business. And don’t be afraid to be more ‘out there.’ It can be challenging or make you nervous, but it will [ensure] you’re more seen, including by creatives who will want to collaborate with you.”

Brands respond to the fall of Roe v. Wade

Companies are offering to cover abortion-related travel expenses to employees, but with strings attached

Fashion and beauty brands respond to the fall of Roe with grief, anger and support

More on brand preparations for a potential recession

How smaller venture capital firms are responding to economic uncertainty