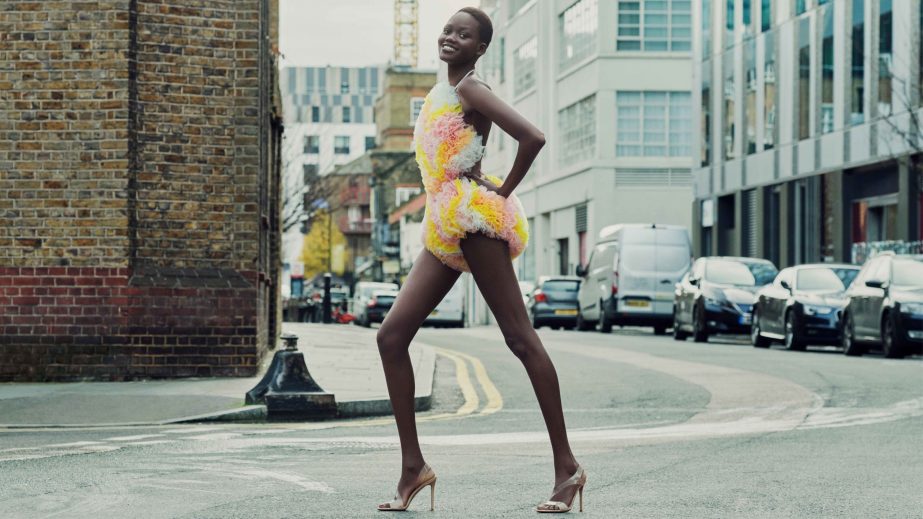 Bring on the fashion.

After becoming comfortable with dressing for comfort during the pandemic, fashion fans are turning a new leaf. Warm weather, event invites and the rollout of vaccines have signaled the return to a life that’s more social than distanced. Now, in preparation — and celebration — shoppers are abandoning practicality (i.e., wearing sweatshirts and leggings) in favor of investing in bold fashion choices. We didn’t come all this way to be basic.

“In March, we’ve seen a complete turnaround in what’s selling,” said Julie Bornstein, founder and CEO of 11-month-old fashion platform The Yes. “We’re a business that launched during Covid, so we’ve [practically] only sold sweats since we started. But people are buying fancy dresses and handbags and shoes, and seasonal trends. And all signs point to this being just the start of a growing trend.”

Ranking sales of styles based on occasion, The Yes’ current top four sellers are “daytime dressed up,” “cocktail chic,” “going out” and “beach,” in that order. “Casual” and “athleisure” have dropped out of the top five. Hot items include “fun dresses” by Rosetta Getty, styles by summer travel-inspired Charlie Holiday, Bottega Veneta investment bags, and separates by Nili Lotan and Khaite. Both of the latter specialize in pants and jeans, and tops that are “nicer than what you’d wear around the house,” Bornstein said.

As a whole, dresses, heels, swimwear and sandals have replaced sweaters, sweatshirts, leggings and sneakers as The Yes’ top-selling categories.

“Everyone’s casual or athleisure wardrobe is maxed out,” said Bornstein. “You’re not going to waste any money buying more of that. You have it, you’re sick of it, and you’re excited to wear new things. We’re seeing that in both what people are searching for and what they’re actually buying.”

The same goes for what they’re renting, according to Angie Hellman, svp of brand and customer strategy at Rent the Runway. She said April and May are set to mark “a new start” in the U.S., based on the fact that people are now booking special occasion clothes “in droves.” Dress and gown rentals have increased week-over-week throughout 2021, with the average number of weekly one-time rentals now nearly two-times more than in 2019. Twenty-five percent of last week’s bookings were made six weeks in advance, which is five-times more than in an average week prior.

“Rent the Runway customers have been a bellwether for Covid-era psychology,” said Hellman. “In the beginning, as everyone acclimated to stay-at-home orders and social lives flatlined, we saw a major uptick in casual wear, sweats and athleisure. Now, as vaccines continue to roll out nationally and optimism is at an all-time high, there’s increased demand for and excitement around fun ‘going out’ styles and celebratory fashion.”

Sexy and bold styles featuring embellishments, whimsical prints, loud colors, and structured and skin-flaunting silhouettes are trending among styles rented by Rent the Runway customers and “liked” on the company’s website. Customers are also creating more “favorites lists” of styles for events like weddings and vacations than they have since March 2020.

“People are certainly dressing for the moment,” said Hellman. “So from a business perspective, recovery arrived earlier and stronger than we anticipated.”

Marina Larroudé, co-founder and chief creative officer of footwear-first lifestyle brand Larroudé, launched in December 2020, said a strappy heel called the Gloria has recently become the brand’s top-selling style. “It’s sold out at Revolve three times in the last 40 days,” she said. “It’s also sold out on our website. It’s very delicate and for evening, and we have clients ordering it with overnight delivery. People are crazy about the idea of going out.”

Other brands and retailers should take note. In retail data company Edited’s fall 2021 runway trends report for fashion buyers, released in March, market analyst Kayla Marci called out the “resurgence” of heels, including disco platforms, super-strappy sandals and jewel-embellished styles. “The time is ripe to reintroduce this silhouette into [your buys],” she recommended in a paragraph titled “Time to party.” She noted that high heels in the U.S. and U.K. mass markets had experienced a 32% increase in the majority sell-outs of styles in the prior three months, compared to the three months before.

“People want something special, something else,” said Larroudé. “After spending a year in sweatpants and sweatshirts, it’s like, ‘OK, enough with this.’ There’s something about the weather and people being able to get vaccinated. It’s giving people [the nudge] to move on.”

Of course, both brands’ and retailers’ success depends on getting people inspired to buy fashion. That’s easier when slinging statement dresses versus black leggings, so they’re jumping on the chance to market accordingly.

On Wednesday, Net-a-Porter launched a global marketing campaign titled “Ready-to-Wear?” meant to celebrate personal style and spotlight a return to fun fashion. The campaign is set to span Net-a-Porter channels including Instagram, YouTube, Facebook and its livestreaming series. A Spotify playlist was created by musical artist Kullah to reflect the campaign’s upbeat mood, and a TikTok hashtag challenge using #AreYouReadyToWear will call attention to designers’ spring 2021 styles.

“It signals the beginning of a celebratory chapter … as we all dream about a new sense of freedom and coming together,” said Sheena Sauvaire, CMO of Net-a-Porter, in an emailed statement.

For its part, The Yes has recently stopped featuring “work-from-home” styles in its marketing, based on what’s resonating with its shoppers, said Bornstein.

Still, “we’re not yet seeing professional [workwear] spike,” she said, noting that many companies have revealed they won’t return to an office setting until fall. “Going back to the office will be step two, after going out. By fall, things should be closer to normal, in terms of the economy.”

Larroudé gave it a bit longer, predicting one to two years for the fashion industry to fully bounce back. “But we’re going to see an obvious uplift in consumer behavior by this summer,” she said. “I’m doing my part; I’ve been dressing up for months.”

What the data says

According to retail data insights company Commerce Signals’ Covid-19 Consumer Spending Impact and Merchant Tracker, sales among trend-focused and designer fashion retailers have slowly been increasing since April 2020. Zara, Michael Kors, Gucci and Saks Fifth Avenue are among the 22 retailers it factored. Though there has been an obvious uptick in their sales over the last two weeks, CMO Nick Mangiapane said he won’t feel comfortable calling that a trend until a third week shows a similar trajectory.

“There’s an [overall] desire for joy, happiness, and a little touchy-feely kind of a feeling and emotional connection that something like a bag can bring you.” –Isabelle Fevrier, CEO of Mansur Gavriel, on what fashion shoppers want now

Athleta is in growth mode.

How Poshmark and Thredup are charting growth plans for 2021.

Inside the store of the future.