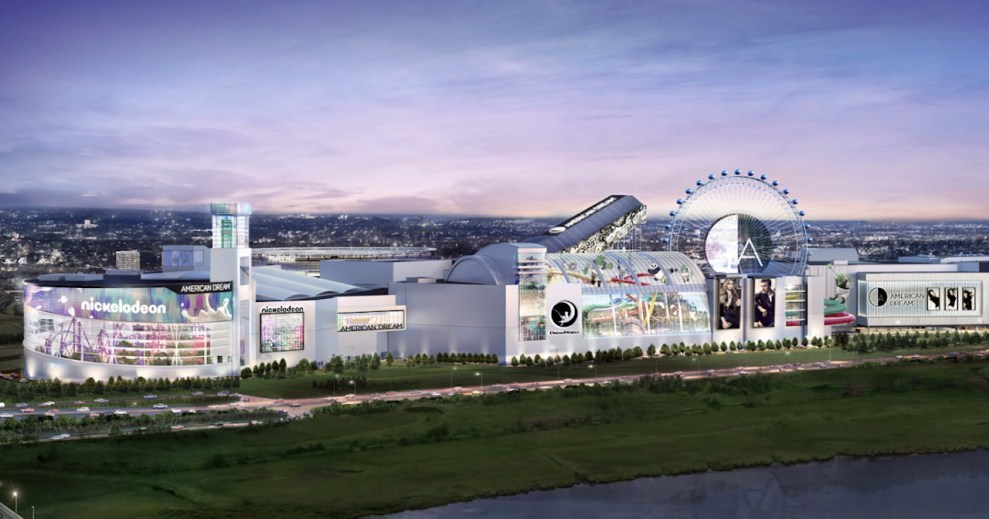 New Jersey mall American Dream has unfortunate timing. The retailer opened some of its doors after years of development and planning in October of 2019, less than six months before the pandemic forced it to shut down. The mall reopened in October of 2020, but by then, retail had changed irrevocably, and mall traffic across the country has remained down by 50%.

One year into the pandemic and amid financial restructuring, American Dream has a challenge ahead of itself to get the mall’s financials back on track. The company is counting on its many non-shopping amenities to make up for the lack of retail revenue, but it’s unclear if it will be enough.

At the beginning of March, Kurt Hagen, svp of development for American Dream developer Triple Five said in a public meeting, “It would have been much better if American Dream had burned down or a hurricane had hit it, financially. Because we would have been covered by insurance. But this pandemic that we didn’t see coming has not been covered, and it is the worst scenario imaginable.”

He was speaking about the possibility that Triple Five would have to give up a 49% stake in Mall of America and the West Edmonton Mall in Canada to its financial lenders if it defaulted on the nearly $3 billion loan it took out to finance the development of American Dream. That worry came to fruition last week when Triple Five did indeed default on its American Dream loan. American Dream does not disclose its financials and declined to comment for this story, but Hagen did say earlier in March that the company experienced a significant cash flow crisis due to the pandemic and had struggled to make mortgage payments.

The entertainment side of the mall, which makes up about 55% of the space and includes a waterpark and indoor ski slope, is predicted to fare better, according to American Dream. The other 45% is 1.3 million square feet of retail space. As the mall is still running at 25% visitor capacity, Jonathan Treiber, CEO of offer management company RevTrax, said it’s doubtful American Dream can bring in the revenue it needs in order to recoup the costs that went into its opening.

Treiber pointed out that malls, in general, have been suffering in the last 12 months, with mall mainstays like Gap pulling out of mall locations and non-mall brands seeing their popularity rise.

“Your retail winners during Covid, ranging from home improvement retail to grocery and drug retailers, don’t have much representation, if at all, within traditional malls,” Treiber said. “So consumer foot traffic gravitated further away from traditional malls to these other retailers off-mall. The biggest challenge for malls is how to survive on the other side of the pandemic, ensuring they have a healthy and sufficient base of tenants to comprise a compelling consumer offering.”

And vacancies are piling up. American Dream did not disclose exactly how many storefronts are empty. The company sued one tenant, Villa Restaurant Group, at the beginning of March, for not opening a restaurant it had promised to open and trying to get out of its lease.

Hagen is counting on the amenities and entertainment side of the business to attract visitors in the future, saying, “Entertainment will lead our recovery.” Katrin Zimmermann, managing director of management consultancy TLGG, said that’s a sound strategy, but the entertainment side will have to pull double duty to make up for the lack of shopping revenue.

“If destination shopping environments are to thrive going forward, they need to re-evaluate their value proposition,” Zimmermann said. “Simply being a mecca of consumerism isn’t enough, as we carry devices in our pockets that allow us to access the same products instantly. Retail malls need to differentiate themselves by offering experiences, services and products that are unique to their physical spaces.”