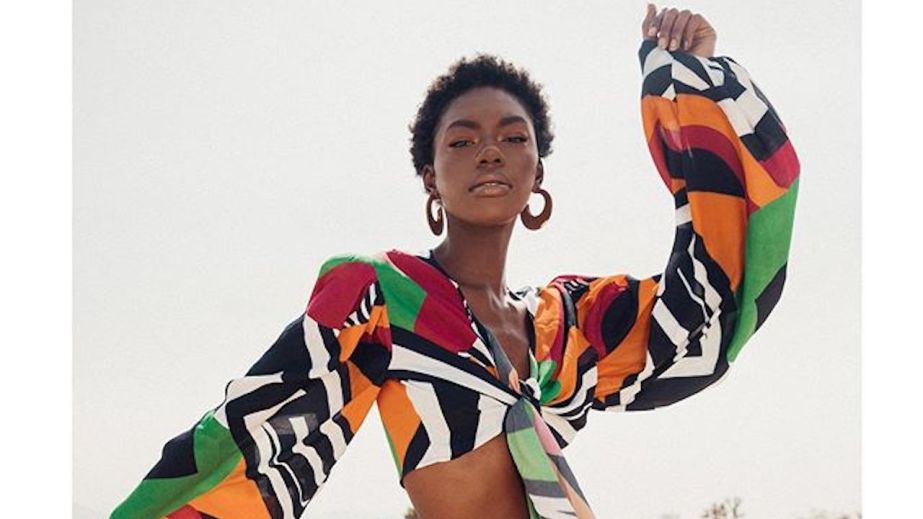 Fashion Briefing: How the rise of on-demand production will reshape the industry

Fashion industry veterans, you should forget what you know.

That was the key takeaway of a conversation I had early this week with Lawrence Lenihan, chairman and co-founder Resonance Companies, an investor and tech partner of fashion brands. I first met Lenihan in 2017, when he gave me a two-hour tour of Resonance’s NYC headquarters and the workings of its on-demand production process. Since, the company has refined its operations, on-boarded 17 additional fashion brands and made plans to expand its manufacturing to the U.S. And in the last six months, as the wastefulness of unsold inventory has become glaringly apparent, it’s seen fresh interest from new brands looking to launch on the right foot and older companies hoping right the ship.

“The bottom has dropped out of the fashion industry, and it’s in free fall,” said Lenihan. His company aims to be the solution, but to help brands, they’ll need to be game for big change. And evolving isn’t exactly fashion’s specialty.

But on-demand production is increasingly making headway in the industry. Brands that have made the leap include Misha Nonoo and Henning, the plus-size workwear brand that launched last year. Many more have dabbled, from DTC brand Ministry of Supply to Adidas to Telfar, the latter of which offered made-to-order handbags for a day in August.

“Having an industry with no inventory really changes the economics for brands,” Lenihan said. “You have to change the way you work and reorganize your business. It will create a lot of dislocation in the short-term.”

For starters, on-demand production eliminates the need for technical designers, production and sourcing staff, and warehouse inventory and logistics people. On the other hand, it can facilitate more designer and creator jobs, when necessary infrastructure is in place, as well as manufacturing jobs. For its part, Resonance has a goal of creating 10,000 jobs in U.S. apparel manufacturing by 2024. Until now, its manufacturing has been done in its own factory in the Dominican Republic.

For designers who have become dependent on the legacy fashion structure, making the transition is a hard sell. But for newer players who’ve had less access, there are “no sacred cows,” and so most jump in head-first, said Lenihan. “People who have the least to lose are the most embracing of a platform like this. They can envision the potential, and they are gonna be the designers of the future.”

Resonance now has 20 designers on its platform, including 11 who came on board through its BeResonant accelerator program, the first round of which kicked off in June and was exclusively offered to Black designers. Four-hundred designers applied. Those chosen were doing $2,000-$20,000 in sales per month prior, and reported similar inventory problems of running out of hit styles and having excess of others. They also lacked access to mentors, among other resources. They went from being on-boarded to selling products through their own websites and shopberesonant.com in less than eight weeks.

Lenihan said Resonance launched the BeResonant e-commerce site to help with consumer acquisition, and he called marketing the brands on its platform the company’s biggest hurdle. An Instagram post announcing the accelerator program drove good press “when George Floyd was at the center of the news,” but that’s since fallen off. Along with supporting the 20 brands, he wants to be sure to get in front of “the 17-year-old kid who’s not sure what to do with his talent.”

Resonance’s consistent business model should help, on the marketing front, as consumers become increasingly aware of what they consume — a trend that’s ramped up since the start of the pandemic. Sophie Rifkin, director of corporate research and engagement at NYU Stern’s Center for Sustainable Business, pointed to the center’s Return on Sustainability Investment (ROSI) methodology. When used, it shows brands the dollar value of embedding sustainability into their processes. For example, it can drive lower acquisition costs, unpaid earned media and new sales through resale programs.

“People are voting with their dollars more, in terms of the brands they support,” she said, adding that brands are increasingly sharing their ROSI value with investors, who are increasingly interested.

“Yes, it’s a social initiative,” Lenihan said, of BeResonant. “This is a biased industry, and if you want to change fashion, you need to change who’s making fashion. But honestly, this is an economic opportunity for us. This is not: OK, we just checked the box on goodwill. This is: How do we become the platform for every Black creator? And any creator? There’s a lot of [untapped] innovation. We’re opening up opportunities for ourselves and everyone in the program.”

The next BeResonant accelerator class will likely be launched in November and will be offered to designers of indigenous descent. Resonance is looking to host four accelerators per year, and designers pay no fees for the duration of the program.

For Lenihan, retailers’ current response to challenges calls to mind companies’ behavior during the 2008 recession: They think they just need to power through until things get back to normal. “They’ll keep going like that until February or March of next year, and then they’re going to be dead,” he said. “Everything has changed, and the industry’s not going back.”

Likewise, fashion schools need to update their approach, he said. Students are now being taught that two collections per year, versus four, is the standard, but they’re still being taught to make collections and then sell them.

“Fashion schools are doing a disservice; they’re teaching students how to succeed in an industry that doesn’t exist,” he said.

Lenihan said Resonance has seen much inbound interest from brands and retailers since March — in fact, the demand exceeds the company’s current capacity. But it’s in growth mode.

This year, it will open its first U.S.-based manufacturing facility for sewing and distribution, which will be followed by a 1 million-square-foot textile plant next year — Lenihan is scouting locations along the Niagara River. The plan is to operate the first zero-carbon footprint, zero-water footprint clothing factory in the world. In addition, Resonance just added to its plant equipment in its Dominican factory by 35%, which was a $1.75 million investment. In March, the company moved to a larger headquarters, at Pier 59 in NYC’s Chelsea neighborhood.

Among Resonance’s longest standing partners are contemporary brand Tucker, which does $5 million in annual sales with just two full-time employees, and The Kit, which is a $3 million business with just one employee, “Project Runway” alum Daniel Vosovic.

But the bulk of the industry still doesn’t understand Resonance, said Lenihan. Rebecca Minkoff is an exception. She partnered with Resonance on her kids’ line, Little Minkoff, starting in February. And in an interview in mid-September, she said she’ll be expanding the partnership to her women’s clothing via a sustainable “RM Greene” line — the name is a play on the brand’s store on NYC’s Greene St.

Lenihan said, in addition to eliminating excess inventory, Resonance is dedicated to using organic, sustainable material; being transparent and providing its workers a living wage. Moving forward, the company will facilitate traceability of styles and materials via individual garment codes, and will launch resale for its brands.

“You can’t show up as a business without being able to quantifiably verify how sustainable you are,” he said.