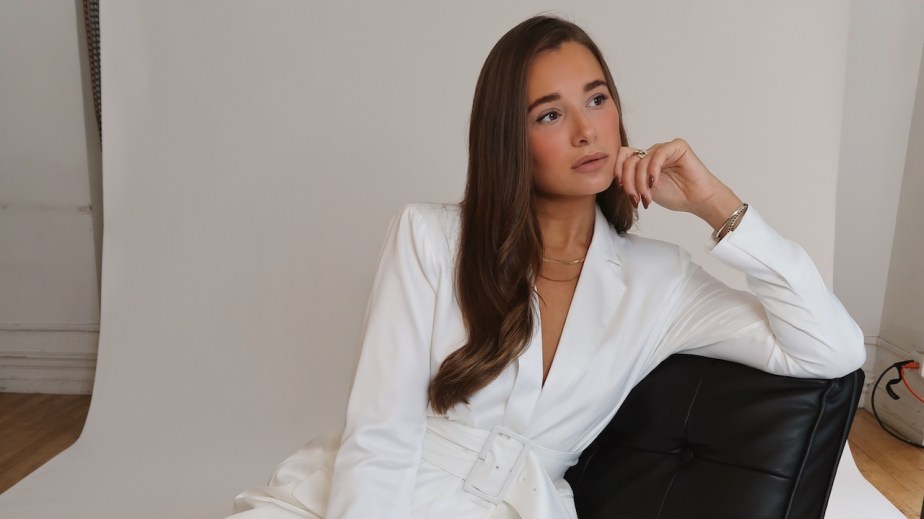 Fashion’s OG Instagrammers are building empires and, at the same time, growing their influence beyond the industry.

After being schooled for years on the workings of the fashion industry, mega-influencers including Danielle Bernstein (2.7 million Instagram followers) and Rocky Barnes (2.5 million Instagram followers) are graduating to careers less reliant on brands. To take it to the next level, they’re leveraging their prowess and communities, driving deals with effective business partners, and evolving their focus, based on the industry’s direction and their own passions. The emerging results, for both Bernstein and Barnes, are personally-backed brands and investment portfolios set to expand based on early successes.

“The plan is to grow, in a big way,” said Bernstein. “I’m a serial entrepreneur, so I’ll always want to introduce new businesses and categories to my brand. And I’m angel investing and joining the board of advisors for so many companies. That’s the future of the creator economy: harnessing and creating community around your existing followers and then figuring out how to monetize that.”

In 2019, upon inking a licensing deal with New York-based clothing company Onia, Bernstein launched the Shop We Wore What e-commerce site, populated with her expanding We Wore What fashion collection. The collection has been at the center of much recent controversy, due to allegedly including copycat designs. According to Bernstein, she turns to vintage pieces, editorials and travel for inspiration. Bernstein’s also become an investor and advisor for hair supplement company Wellbel and CBD brand Highline Wellness. In May, she became active on Patreon, offering exclusive video content to paying members of her community.

In addition, Bernstein heads up We Gave What, a charitable arm of her company. In 2019, she launched tech company Moe Assist with a project management tool for influencers, though its social accounts have been inactive for two-plus months. When asked for comment, a spokesperson said Moe Assist is in a new fundraising stage and “should have news to share shortly.”

Barnes, meanwhile, partnered with Reunited Clothing to come out with her apparel company, The Bright Side, in December. And she recently became a first-time investor-advisor, for 6-month-old SMS shopping platform Qatch. She announced the partnership in an Instagram post on Monday.

“I feel like a grown-up,” she told me, before confirming that she’s interested in investing in more companies. “Diversifying my business has been a really big [focus] for me. I interact with so many different brands and companies on a daily basis. Using my market knowledge in ways that can help other people is fulfilling and exciting for me. And I especially love when I can be involved with a company from the beginning.”

Building on their content creator role in fashion is a natural progression, both said. And it plays into many industry shifts: On its way out is fashion’s DTC era, largely fueled by Harvard Business School and Wharton graduates using a plug-and-play, marketing-heavy business model to launch brands. More consumers are prioritizing quality, differentiated products, making industry experience and style expertise greater virtues among insiders. At the same time, consumers are increasingly taking shopping cues from relatable, platform-native celebrities, moving on from authoritative editors and more closed-off celebrities.

The school of collaborations

The collaborator-to-founder shift isn’t the newest thing. Other longtime influencers that have made the pivot include Arielle Charnas, with Something Navy; Aimee Song, with Song of Style; Rumi Neely, with Are You Am I; the list goes on. Most often, the names behind these brands don’t have formal design and business training — for her part, Bernstein said she “went to FIT for two years, but didn’t study design and production.” But, for years, they’ve worked hand-in-hand with companies to bring their visions to life. And along the way, they’ve come to know what resonates best with their vast communities, from marketing to merchandising to product.

“My most successful collaborations have led to the largest share of my business,” said Bernstein.

Bernstein’s partnership with Onia came out of her swimwear collaboration with its Onia brand, in May 2019. On the collab’s launch day, it drove $2 million in sales, and an included style was the brand’s best-selling swimsuit of the summer. Also in 2019, Bernstein collaborated with Joe’s Jeans on multiple denim collections. The launch day of the first, in March 2019, marked Joe Jeans’ best sales day to date, said Jennifer Hawkins, the brand’s svp of marketing and innovation on a Glossy Podcast in October.

Both served as learning opportunities for Bernstein, who said — as with all of her collaborations — she took full advantage: “It was never just [uploading] a post, and then I went away,” she said. “I always wanted to know how the performance was, in terms of sales, and asked questions: ‘Can you share the analytics?’ ‘What did you see on your end?’ ‘What worked and what didn’t work?’”

She added, “They provided a ton of data, in terms of what I could sell and what the market was missing.”

Likewise, she said, she always followed and shared with partner brands the Instagram Insights and Google Analytics numbers around her corresponding posts. Doing so gave all parties a 360-degree view of a collaboration’s success.

“I’ve learned what works for brands so they get the largest return on their investment,” she said.

For example, she’s learned to lean on her audience’s tastes, versus rely on her own, by allowing them to offer feedback throughout the design process through Instagram. That’s included the selection of fabrics and colors and the fit sessions with models. She only spotlights her favorite styles and what she wears in her own social posts, as a play for authenticity.

According to Bernstein, the collaborations with brands allowing her to play an advisor role — by guiding them on influencer partnerships, marketing and messaging — are always more successful. And they often turn into longer-term investment or advising partnerships.

Bernstein chose to work with Onia on the We Wore What collection based on its prioritization of quality and fit, and ability to keep to affordable retail prices. Currently, prices on the We Wore What site range from $20, for a scrunchie, to $228, for a vegan leather jumpsuit.

Barnes was also ready to go out on her own after finding the right partners. Her Reunited Clothing partnership came after working with the company to create her Express product collaboration, in early 2019. On its first-quarter 2019 earnings call, interim CEO Matthew C. Moullering said the company had seen “a strong start to [the] collection both in-stores and online and [believed] it [was] helping to introduce the brand to a new audience.”

“Having your own brand is terrifying,” Barnes said. “But I like that I’m in control and not so dependent on doing the day-to-day posts promoting other companies.”

Barnes’ internal team consists of her husband, who’s the “business brains” of the company, she said, and an assistant.

Like Bernstein, Barnes stressed the need for outside support in the production process: “I love such quirky, crazy things, but I also understand what is realistic for a buyer and a normal girl buying clothes,” she said. “The experience of taking ideas and making them work for a bigger group of people was my learning curve going into a business. It’s important to have a good, diverse team around you who can make your idea something that’s marketable.”

For its part, We Wore What has seen “200x growth in the last year,” as it’s expanded to new categories, Bernstein said. Its ready-to-wear, swimwear, resort wear, and activewear are now sold in “dozens and dozens of retailers around the world,” many of which offer style exclusives; they include Revolve, Bloomingdale’s and Intermix.

“Launching my own brand was putting the proof in the pudding for the power of influencers, when it comes to selling product,” she said.

As with her Joe’s and Onia collaborations, Bernstein sees a rush-to-buy with We Wore What product drops. “The first 10 minutes is when we see the biggest portion of our sales for the entire collection,” she said.

Bernstein has a staff of four people, which include a chief operating officer and a brand coordinator. She said she prioritizes establishing partners with skills and expertise she doesn’t have, so she can learn from them along the way. Ideally, she’d have learned about tech packs, fittings and production logistics in school, but she’s training as she goes.

Moving forward, Bernstein said she plans to extend the size range of We What What styles, which are currently available in sizes XS-XXL, and launch collections with collaborators to sell exclusively on her brand’s DTC site. In addition, she aims to eventually open “experimental” physical retail, starting with pop-ups.

As for her investment-advisor portfolio, she’s currently in talks with companies centered on the concepts of “being able to sell your closet and even rent your closet.”

As for Barnes’ Bright Side, she said it will hit “a bunch of new retailers this year.”

Up next for Shop We Wore What is a new product category that will hit before the holiday season. Considering her passion for home furnishings and decor — based on her @homeworewhat Instagram account (7,500 followers) and recent press coverage of her new SoHo loft — it’s a safe bet that a home-related category is in the cards.

Likewise, Barnes hinted at a future Bright Side home collection, following her recent, two-year home remodel, which she’s getting set to debut on social media.

Lifestyle brands are the clear goal.

“I would love to be a combination of Rachel Zoe and Martha Stewart, just having my hands in everything and creating this really beautiful lifestyle where you can entertain and be fashionable,” Barnes said. “That’s kind of the dream.”

She added, “Fashion is where my heart has always been, but I’m growing as a person and there’s so much more in my life right now: my family, my home — and I’m getting older, so beauty [and skin care] makes sense now. Sharing all of that with everyone seems so natural; it would be weird if I only did fashion.”

As for future investments, though Qatch fits perfectly into Barnes’ world, with its fashion-tech focus, she said she’s open to investing in any company where she sees opportunity.

What’s more, she has no plans to retire from social media, though she has yet to tackle TikTok.

“People’s need for content has only increased, so I’m posting and creating content more than ever,” Barnes said. “But I’ve learned to become more of a hard-ass with brands. The companies that are willing to work with me and [facilitate] the most like authentic relationship possible are the ones I move forward with.” Reunited can attest.

Not everyone is embracing “workleisure.”

NFT sales are catching on in fashion.