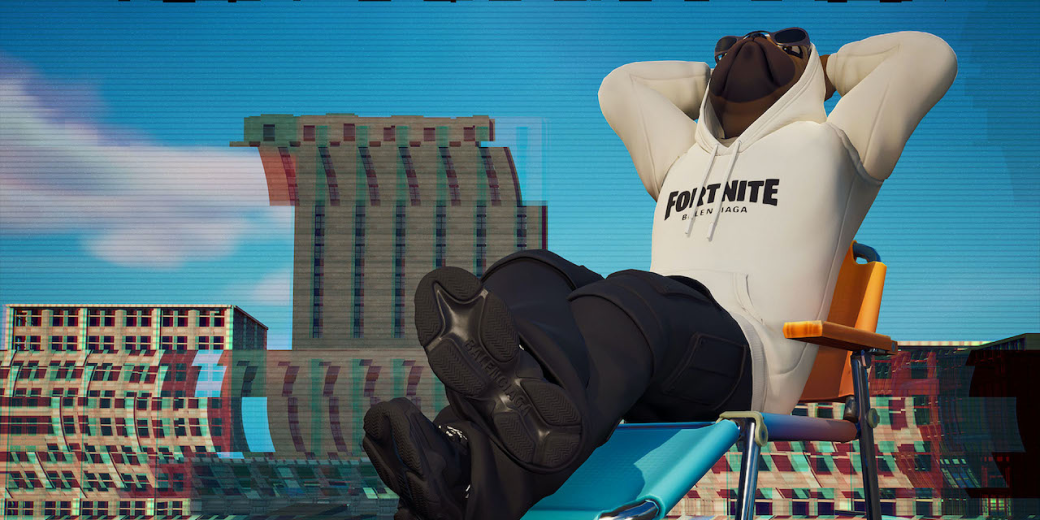 This week, the fashion world was abuzz with news that Balenciaga and Fortnite have teamed on a multi-tier partnership. Included are Balenciaga outfits for Fortnite players, a physical Balenciaga collection inspired by the game’s Retail Row, a virtual Balenciaga store and billboards featuring gamers, and behind-the-scenes videos on how it all came together. It’s Fortnite’s first luxury fashion collaboration and also a sign that fashion and the metaverse are getting cozier. Prior partnerships with the same cross-category linkup include Louis Vuitton x League of Legends in 2019 and Gucci x Roblox earlier this year.

As reported by Vogue Business, rather than playing fight-to-win games, 50% of Fortnite’s 400 million global players are spending their time in Fortnite Creative Mode, allowing them to create their own virtual worlds. In other words, immersive, customizable worlds are engaging and serving as creative outlets for large audiences that fashion brands are looking to target.

As the two worlds come together, it seems it’s only a matter of time before brands bring the same concepts into the IRL world via their physical stores.

Retail designers are already thinking this way. “The lines are blurring,” said Melissa Gonzalez, CEO of retail strategy and design firm The Lionesque Group, an MG2 Company. “And as we see continued momentum from younger generations, the blending of the worlds is going to become second nature.” 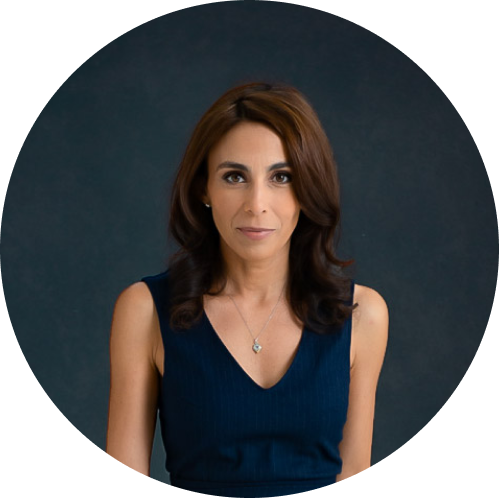 The metaverse is a great way to create buzz and virality, and then drive consumers to a specific destination . . . 3D virtual worlds open the mind to possibilities and inspire in a powerfully immersive way.
Melissa Gonzalez
CEO of The Lionesque Group

Gonzalez called out the immediate opportunity to drive people to stores through Roblox, Minecraft and Fortnite. “The metaverse is a great way to create buzz and virality, and then drive consumers to a specific destination,” she said. She noted January’s successful mashup of Pokemon Go with Gucci x North Face, which drove players to stores including Gucci flagships to buy the game’s featured styles. “3D virtual worlds open the mind to possibilities and inspire in a powerfully immersive way.”

“Fashion’s current interest in gaming and virtual worlds can and should translate to the physical retail space,” she said. “As more of our daily habits migrate into the digital realm — and as gaming continues to evolve into a space for hanging out with friends, going to concerts and attending festivals — expect to see more overlap between physical and digital retail.”

She called gaming “the new social gathering space for Gen Z.” Increasingly, that includes women. Within the IMVU metaverse, users grew by 44% during the pandemic, to 7 million active users a month. Most of them are female or female-identifying, and ages 18-24.

Strong examples of where that overlap is already happening, Safian-Demers said, include Burberry’s “social retail” store that opened in Shenzhen last year. “They took high-touch elements from social media and integrated them into a physical store, creating touchpoints that extend beyond the physical boundaries of the shop and sustained engagement even after shoppers walk out the door.”

Among features is WeChat integration by way of prompts and QR codes that earn shoppers social currency on the app. For example, they can earn rewards like discounts and event invites if they share a photo of their reflection in an in-store mirror. The bigger the shopper’s network, the more points they earn per post.

On the flip side, Safian-Demers referenced examples of where traditional retail elements are inching into games, including the Vans World in Roblox launched early this month. Gamers can buy and customize shoes in the avatar shop and wear them to the featured virtual skatepark. “It’s not just a game and it’s not just a store; it’s something in between,” she said

But here, too, brands have barely scratched the surface. “Gaming opens a whole new e-commerce model for brands: direct-to-avatar, or D2A,” Safian-Demers said. Along with Balenciaga, D2A product releases to date have been orchestrated by Ralph Lauren, on South Korean avatar app Zepeto, and American Eagle, on Bitmoji.

Of course, not all gaming opportunities for brands are created equal. And for those that have jumped in with comparatively passive or competitive games, now’s the time to pivot.

“The best way for brands to engage consumers in the gaming space is by offering users opportunities to exercise their creativity,” said Safian-Demers. “The appeal of gaming isn’t just gameplay; it’s a place for people to socialize and express their identity and individuality, sometimes with more freedom than they have in the physical world.”

Below, a breakdown of recent brand strategies that seem to borrow from gaming, either in the immersive worlds they create or the entertainment they provide. Together, they hint at the readiness of the industry to embrace what, for many, is uncharted territory.

Last week, Patricia Bonaldi, founder and creative director, of 5-year-old Brazilian fashion brand PatBo, opened the brand’s first U.S. store, in NYC’s SoHo neighborhood. If her intention proves true, those who enter the space, with its brightly printed wallpaper and natural elements, will “feel transported to Brazil,” she said.

To achieve the vibe, she brought in accessories including sunglasses and handbags by fellow Brazilian designers, all of which complement her signature light and beachy dresses and separates. In addition, lounge chairs serve as seating and coffee is served, to make it feel like home — Bonaldi’s home, that is.

The company, which has been funded by Bonaldi and her husband, is based in their hometown of Uberlandia, in Southeastern Brazil. There, Bonaldi hand-draws the brand’s prints and heads up a free school teaching embroidery techniques to artisans and future employees. All production for the handmade line is done locally.

“Though I try to translate what’s happening in [Uberlandia] in photos and images, seeing it in person is a whole different world,” said Emily Godard, the brand’s marketing director. “This [store], on the other hand, feels like a piece of Brazil.”

At the very least, it’s working to attract buzz. According to Godard, the week prior to the store’s opening, a good 20 people tried to get into the store daily for a sneak peek.

“Retail should be like this — a unique experience for the customer,” said Bonaldi, who noted that she got a deal on the space during the pandemic. “It doesn’t make sense to go out of your house just to buy something. You need to be inspired.”

The store’s opening capped off a busy two weeks for the brand, which is prioritizing its U.S. expansion. On September 8, it made its New York Fashion Week debut, with Brazilian model Alessandra Ambrosio opening its runway show.

PatBo has already earned a local following, thanks, in part, to gifting well-known celebrities and influencers, upon request. That includes Vanessa Hudgens and Camilo Cabello. “When these girls are traveling, they message us on Instagram: ‘Hey, I’m going to Mykonos, can I borrow one of your beach dresses?’” Godard said.

PatBo established a U.S. office almost out of the gate and has six local employees, including Godard.

“We’ve built the [U.S.] business the same way we did in Brazil,” she said. “We started selling the brand, then people started wearing the clothes, then we did runway.”

According to Godard, the brand’s fared well during Covid, thanks to its styles’ easy silhouettes. Still, in the last 18 months, it’s launched pajamas and bridal wear, to meet customer demand.

“Our e-commerce grew tremendously during Covid,” said Godard. “And we’re heavily investing in our e-commerce business.”

Its next step will be to open more stores, like another NYC store, or a location in Miami or the Hamptons. And post-pandemic, it plans to host press trips for U.S. press, to Uberlandia. In addition, the brand has some “major” collaborations in the works, according to Bonaldi.

How Qatch is gaming personalization

In the last 18 months, fashion companies that largely base their personalization algorithm around shoppers’ social media reactions through hearts, “yeses” and “Likes” have reported an uptick in customer feedback. Their reasoning: People have been at home and bored, and weighing in on styles is fun. They include Rent the Runway and The Yes, among others.

“The more actions the shopper takes on the app, the more [personalized] her shopping experience becomes,” said Julie Bornstein, The Yes founder and CEO, in May. “With this in mind, we built the [customer] quiz and the yes-or-no feature to be fun and engaging, and feel very game-like.”

The same concept is being embraced by Qatch, a new text-based shopping platform, launched in April. It uses consumer interactions with 10 texted products per week to personalize their recommendations and eliminate the fatigue of online shopping. To start, it sells women’s styles exclusively, and its retail partners include Revolve, Free People and Nasty Gal.

“I realized that a lot of the money in the technical development that was happening [in retail] was really to benefit the brands,” said Nicole Phillips, co-founder and CEO of Qatch. “That’s fine, but it’s at the cost and expense of the shopper.” In March of 2020, she and her sister, Raquel Phillips, set out to flip the script by enabling “people with busy lives” to easily discover personalized products. She thinks of Qatch as shopping’s answer to Pandora.

To get started, shoppers take a Stitch Fix-like quiz on Qatch’s website. They’re then texted five products at a time, twice a week, which they’re meant to respond to with a thumbs-up or thumbs-down. Products are currently being pulled from the inventories of 70-plus brands and retailers, largely via affiliate partnerships, which account for 75% of partnerships. The company recently added a tech integration of $500 to those partnerships and launched a Shopify app. The latter is working to attract smaller brands that pay $100-$2,000 per month, depending on the number of products they want included.

Thus far, Qatch has seen a click-through rate of 65% and a user retention rate of 95%. And in each of the last three months, its user base has grown 50% month-over-month. Its goal is to earn 25,000 users by the end of the year. It’s halfway there, said Raquel Phillips. Around 70% of users are Gen Z and about 50% of sign-ups are through referrals.

Bells and whistles include the option to view what influencers have liked, through a page on the Qatch website, and the ability to send liked products to friends and family ahead of gifting holidays.

So far this year, the company’s spent only 10% of its marketing budget. “So we’re really going to hit the ground running in Q4, based on what we’ve learned from influencer marketing [activations] and paid ads,” Raquel Phillips said.

Among those influencer tests have been paying TikTokers on a cost-per-view basis and paying Instagram influencers per lead. Moving forward, it will also focus on further fundraising, following its recent seed round. Notable investors include a popular fashion influencer, set to be announced next month.

Great content, recruitment and training systems for hosts, and synchronicity are keys to a successful livestream, says Aubrie Pagano.

The next era of department stores has rotating brands, innovative restaurants and ample storytelling.

Madewell and ThredUp launched a pop-up.

How MLMs took advantage of the pandemic.