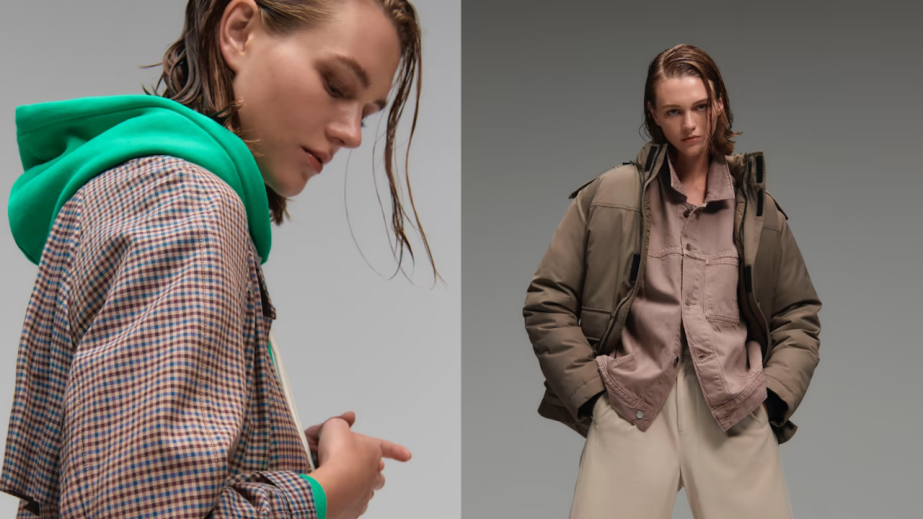 This week, a look at Everlane’s higher-fashion ambitions.

Everlane is undergoing a fashion makeover.

Under Andrea O’Donnell, who took the CEO reins from founder Michael Preysman last year, Everlane is working to build up its style cred. A goal: winning over the “fashion elite,” O’Donnell said.

Already, Everlane is infusing more color into its clothes. And wedding-perfect dresses, formal suiting and even sexy styles are set to hit its assortment by spring. (That’s ”intellectual sexy,” versus “sexy-sexy,” O’Donnell said.) In marketing, it’s shifting its focus to outfit inspiration, as well as storytelling that draws on emotion and human connection. It will soon introduce a new, cleaner logo, which has become a customary move for brands aiming to elevate via a relaunch. And, indeed, it’s raising its prices.

O’Donnell listed American designers Calvin Klein, Donna Karan and Claire McCardell among her inspirations. And recently, she filled the brand’s creative director role with Mathilde Mader, who’s worked with Kim Jones and at Marni. A 20-year retail veteran from the U.K., O’Donnell was most recently at Deckers Brands, where she’s been credited with transforming Ugg with buzzy campaigns and brand collaborations.

As many brands implement new playbooks conceived in the reflective pandemic era, 12-year-old Everlane is striving to strike a balance in what O’Donnell calls “fashion versus planet.” After the brand came to market 12 years ago, introducing the concept of “radical transparency” and fueling the rise of the direct-to-consumer model, it became known for basics that consumers could feel good buying — though its ethics came under scrutiny in 2020. Now, it’s making moves to elevate its fashion profile, at a time when high-fashion brands are setting goals to attain Everlane-level sustainability. Timeless styles and sustainability will remain core to the brand, but creativity will increase in importance.

“It’s contradictory,” O’Donnell said, of Everlane’s positioning in the market, as new and fast fashion continues to be what sells. But, by building its product and brand strategies hand-in-hand, under a newly implemented company structure, she’s confident the company can retain its values and current customer while also evolving and growing. Along with Mader, O’Donnell hired Shu Hung, formerly of Nike and Uniqlo, who’s owning the brand’s marketing, from awareness to voice. Her title is also creative director.

The brand’s marketing will aim to play up the brand’s sustainable practices and quality materials, while strategically avoiding “academic and dull” messaging, O’Donnell said. In addition, “human-focused,” “aspirational” marketing that allows people with brand-aligned values to tell Everlane’s story will be leveraged, she said. Every month, Everlane is now featuring a different “conscious” influencer across its channels, letting them choose and style an Everlane product, and be photographed wearing it in their own home. The latest was Stephanie Liu Hjelmeseth, a Chinese-American mother and fashion influencer who mentions a love for nature in her blog’s bio.

Everlane is also introducing new logos for different product lines. An icon being considered for its collection of backpacks features the Golden Gate Bridge. Along with pointing to the company’s San Francisco headquarters, it provides a “sense of place,” O’Donnell said. She added that all marketing will be void of any mention of trend.

The fact that the brand’s products are gaining a more distinct point of view will also work to the advantage of its marketing efforts, O’Donnell said. “One of the challenges we’ve had is that timeless style doesn’t show off,” she said, noting that the brand often doesn’t “get credit” when influencers wear its black pants and cashmere sweaters. As with prior collections, Everlane’s “The Power of 10” capsule, released earlier this month, is made up of staple pieces meant to be worn on repeat. But the oxford shirt has a unique boxy silhouette, and the suiting features updates like a check print and oversized cut.

Moving forward, Everlane plans to invest in sustainability-focused branding activations around moments that are historically “more fashion than planet,” O’Donnell said. That includes the holiday shopping season, as well as bi-annual New York Fashion Weeks. Hosting a large educational and experiential event around Earth Month is also being considered.

Recently, other brands specializing in apparel staples have brought new creative talents into their folds and refocused their marketing efforts to be more compelling. Since 2020, J.Crew has enlisted the creative director duo of Brendon Babenzien, founder of streetwear brand Noah, and Olympia Gayot. In a recent Instagram post, it featured Diane Keaton wearing the brand, driving 18,000 likes. And in 2020, Gap notoriously signed a 10-year, now-defunct deal with Kanye West to sell Yeezy Gap. The brand collaborated with Balenciaga this year.

For Everlane’s part, there’s much room for growth. Today, the U.S. accounts for 95% of its business, and 80% of its sales are made on its e-commerce site. O’Donnell sees opportunity in Europe, which is more progressive, from a sustainability standpoint; it more effectively combats greenwashing, which works to the brand’s advantage, she said. At the same time, Everlane is exploring partnerships with retailers that share its values, shy away from discounting and open the door to new customer acquisition. Finally, O’Donnell said she wants to breathe new life into Everlane’s shoe and accessories categories. And she’ll tackle the men’s side of the business in 2024.

“The healthiest brands are the ones that are the most diversified,” she said.

Rising to luxury status won’t be quick for the brand; as O’Donnell sees it, Everlane’s recently been elevated to the “good” segment within the fashion landscape, where it’s set to remain for around the next 18 months. And while elevating and expanding the brand, she plans to prioritize offering value and earning customers’ trust to dress them for more aspects of their lives.

Becoming the next Gucci is far from the goal. Instead, Everlane is following the lead of iconic American designers. O’Donnell said she and her team were “students” of the year-long “In America: A Lexicon of Fashion” exhibit, which NYC’s Metropolitan Museum of Art hosted until early this month. It spotlighted local brands’ focus on “function, utility, ease of wear” and people, which has proven more inspiring to the Everlane team, compared to European fashion and its focus on designers.

On that note, in summer 2023, Everlane plans to celebrate American fashion’s “icon” styles. That will include “the perfect T-shirt” and “the perfect denim,” for example. Among inspirations for the capsule were Carolyn Jeanne Bessette-Kennedy, Johnny Depp and Steve McQueen.

As for Everlane skewing sexy, O’Donnell said it will take time for the brand to earn permission to go there. Its new focus on dresses is a step in the right direction. O’Donnell likened the look of the brand’s upgraded dresses to those worn by Rene Russo in 1999’s “The Thomas Crown Affair.” Some feature animal prints. Eventually, she wants to take more direct inspiration from Giorgio di Sant’Angelo, who made slinky, body-hugging styles in the ’70s. “Why can’t we do that?” she asked.

The company has the money to try things. Earlier this month, Glossy sister site Modern Retail broked the news that Everlane had raised $90 million in debt financing. It plans to use the funds to open more stores — building on its 10 — while also developing new products. In 2016, the company’s valuation was around $250 million. Its most recent financing closed on August 26.

“What we’ve already managed to do is nothing short of a miracle,” O’Donnell said, referencing the recent product changes. “Now we’ve got to learn how to express that; that’s a whole new muscle for us.”

Stitch Fix’s Loretta Choy: ‘Every part of the work we do has had to evolve’