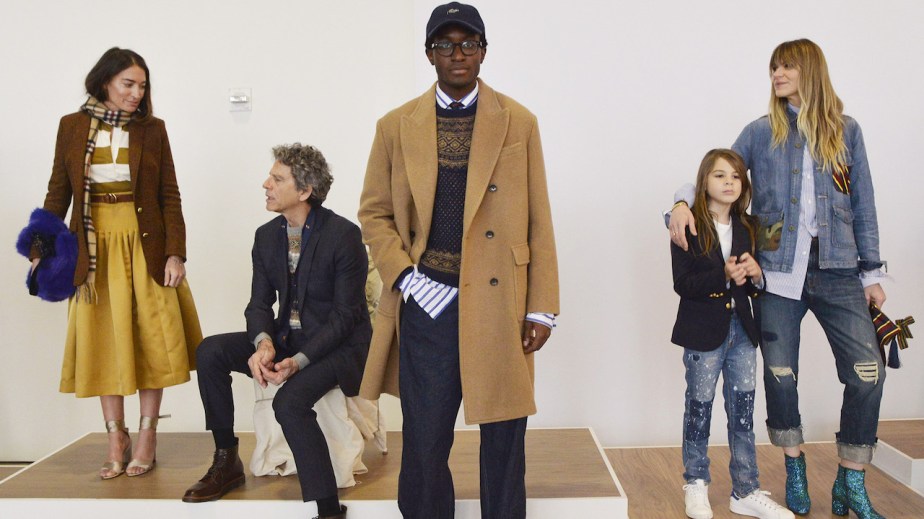 No matter the season or the year, excess inventory is a problem for fashion brands and retailers, but that problem is going to be particularly pronounced throughout the end of 2022. Rising inflation has put a damper on many American consumers’ spending habits, while late inventory from previous seasons means that brands have an excess to work through.

Brands are responding to these inventory challenges in a number of ways. The first, most obvious path is heavy discounting. URBN CEO Richard Hayne predicted that many brands across the industry, including his own, will have to rely on steep discounting to sell through their inventory.

​​“We don’t know exactly what our competitors are going to be doing, but we think there’s too much inventory across the board,” Hayne said on an earnings call in August. “I hesitate to call it a bloodbath, but it’s going to be ugly, in terms of the amount of discounting and markdowns.”

Brands like Gap and Abercrombie & Fitch have deeply discounted their merchandise throughout the summer, but this approach is far from ideal. Over-discounting trains customers to expect sales and only buy at reduced prices. It can also have a significant impact on profits. Gap’s gross margins were down 820 basis points in the first half of the year, with 220 basis points stemming specifically from higher discounting. American Eagle managed to sell through all of its spring-summer inventory through discounting, according to the brand’s latest earnings report, but at the price of a $30 million hit to profits in the second quarter of the year.

Discounting alone won’t solve inventory issues for brands. Thus, fashion companies are getting creative with other alternatives such as implementing pack-and-hold practices and working with off-price liquidators.

Both Gap and Kohl’s are using pack and hold, where unsold inventory isn’t liquidated, but instead, put in storage and put back on shelves at full price the next year. Gap, for example, is saving up unsold seasonal clothes like T-shirts, shorts and tank tops to sell again next summer.

“We’re confident that we will be able to integrate our pack-and-hold inventory with future assortments,” Gap CFO Katrina O’Connell said on an earnings call last month.

Pack and hold also has downsides — namely, that inventory isn’t workable capital for the year. There is also the risk of that inventory sitting in storage and not performing in subsequent seasons, either. That unsold inventory then becomes a year out-of-date.

Increasingly, new platforms are popping up to help alleviate the stresses of offloading unsold inventory. Ghost, a B2B marketplace that connects brands with off-price liquidators like TJ Maxx and Burlington Coat Factory, soft-launched in October 2021 and secured $20 million in funding last month. In the last two months, Ghost has increased its transactions by 375%, as more big brands look for ways to get rid of inventory.

Ghost co-founder Josh Kaplan declined to name any of the brands the company is working with — part of Ghost’s pitch to these brands is discretion; even some Ghost employees don’t know who all of their clients are. But, he said, it includes some of the biggest fashion and apparel companies in the world.

“When we started building this business, we all assumed it would be smaller DTC brands needing the most help building relationships and offloading inventory,” Kaplan said. “But the truth is that even the largest brands in the world often only have relationships with one or two off-price sellers.”

Kaplan said, given the data he has collected through Ghost, there will be an increase in discounting and off-price inventory throughout the end of the year. In particular, that includes brands that have never sold through a retailer like TJ Maxx or Ross before.

“We’re seeing a lot more interest from luxury brands and brands that are typically more protective of where their inventory ends up,” Kaplan said. “One of the things they value about us is that they can set parameters around where their inventory sells. They could say they only want to sell off-price outside the U.S., for example. That’s a particularly popular option for beauty brands.”

“Brands that make the hard short-term decisions to elevate their distribution find themselves far less exposed to the brand-tarnishing discounting portended by the surging inventories at many department stores,” he said. “And brands that invest in deeply understanding their consumer and ensuring their assortments satisfy their consumers’ needs and wants can reduce markdowns from unwanted inventory and actually increase average unit retail at a time when rivals battle rampant discounting.”