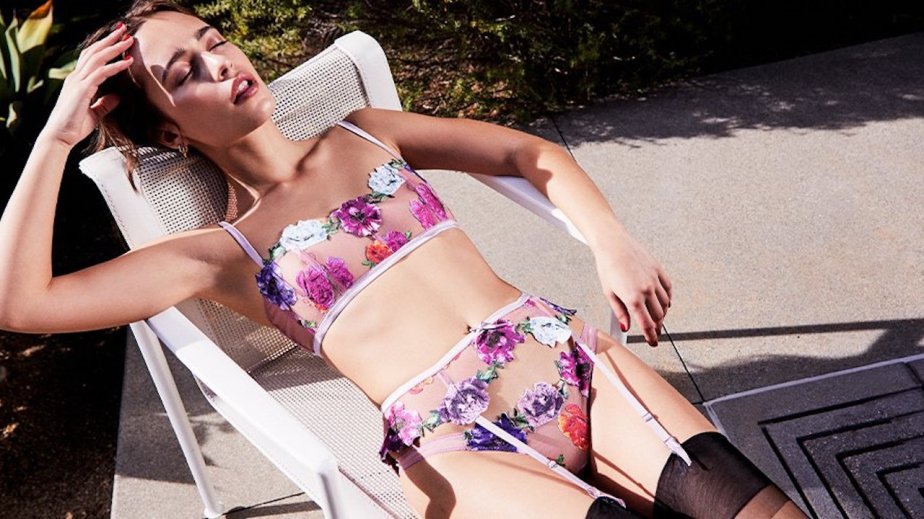 Fashion brands are getting in on the sexual wellness boom

Fashion companies are taking the lead from beauty brands and retailers, which have expanded their offerings in the last two years to include sexual wellness products. The move has paid off, with the category taking off as Americans have been confined to their homes. Playing to current demand, fashion companies are now promoting new “Pleasure”categories and bumping up launches of included products.

Lingerie and ready-to-wear fashion brand Fleur du Mal launched its Pleasure category on Saturday that includes three vibrators by sex toy company Le Wand. Fleur du Mal founder and CEO Jennifer Zuccarini said the category launch was in the cards for years, and she had finally planned to make a go of it for holiday 2020. However, she bumped up the launch when Fleur du Mal customers in quarantine started requesting toys and sexual wellness products.

Zuccarini moved fast: She said that two weeks after she met and placed an order with Le Wand founder Alicia Sinclair, the products launched on fleurdumal.com. Le Wand’s imagery was used because of current photoshoot restrictions. The day the vibrators became available for purchase on the site, the Le Wand Petite style — with a stock count of 20 and price tag of $135 — had sold out.

Since early March, Fleur du Mal has pulled back on its advertising, but has seen a greater return on spend, with more ad inventory available on Facebook and Instagram, said Zuccarini. The company’s lingerie, loungewear and pajamas are “selling well” on the brand’s e-commerce site, said Zuccarini, but not enough to make up for lost sales via wholesale partners like Net-a-Porter and Shopbop, which typically make up 25% of total sales and have canceled orders. Fleur du Mal also has a store in NYC’s SoHo neighborhood, which is temporarily closed, and it was set to open an L.A. store in June. That’s now been delayed until September.

Zuccarini said she’ll be building out the Pleasure category, adding products including harnesses and restraints within the next three months. She also plans to continue highlighting the category in marketing, including emails and Instagram. She has yet to attempt advertising the category via Facebook or Instagram, familiar with strict restrictions around ads.

“We’ve had ads just showing somebody in a bodysuit get rejected,” she said.

Zuccarini called sex toys a “natural next step” for the company, which was already selling products including blindfolds and bondage bras.

Kiki De Montparnasse launched its own line of Pleasure products in January, after two years of development. Prior, since 2007, it had sold sexual wellness products by other brands.

“Given the current circumstances, we are putting this category front and center,” said Molly Murphy, Kiki De Montparnasse’s head of instruments of pleasure. Because advertising the products on Facebook and Instagram has proven impossible, the company has focused on PR efforts and affiliate marketing via influencers. It’s also ramped up educational messaging around Pleasure products in its email newsletter, Instagram posts and on e-commerce product pages.

The company’s new 12-piece line was designed by Murphy, a 12-year industry veteran, formerly of sex toy company Jimmyjane. Items retail from $45, for a small massage oil candle, to $550, for a 14-karat gold collar and lead set. Also included are 24-karat gold handcuffs and stainless steel vibrators that come with a storage case and travel pouch. In addition to the brand’s e-commerce site, the line is being sold at Saks Fifth Avenue and beauty retailer Violet Grey, which in early April spotlighted its growing sexual wellness category across marketing channels.

Murphy is developing new Pleasure products, with several set to release later this year. “We’re going to continue to invest in this category and build it out,” she said. “We want to be in this category in a meaningful way.”

Polly Rodriguez, co-founder and CEO of sexual wellness company Unbound, said she’s seeing more interest from retailers wanting to sell Unbound, particularly beauty retailers in the U.K. and Western Europe. Unbound’s direct sales were up 60% in April, month-over-month, despite spring typically being a slow time for the company. Unbound has also seen a surge in customer requests via email for expedited shipping. Standard shipping is two to eight business days.

Rodriguez said recent sales would likely have been higher, if inventory hadn’t sold out. It’s now restocked and demand has remained high.

“As individuals and couples cut down on travel and expenses, they’re looking for entertainment at home,” she said. “In 2008, the industry saw a similar spike.”

Though new sexual wellness categories are trending among lingerie brands, Victoria’s Secret has yet to go there. The mall retailer, which was expected to be acquired by private equity firm Sycamore Partners until the deal fell apart last week, has increasingly lost market share as it’s seen increased competition from more inclusive competitors and been slow to evolve.