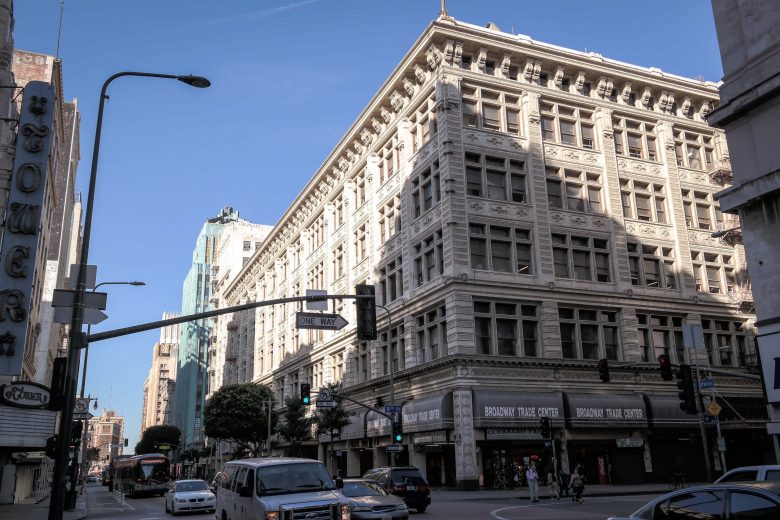 Positioned as a physical metaverse influencer creator hub, 1.2 million-square-foot Emcee Studio is opening in downtown L.A. later this year as part of Emcee’s expansion into the metaverse.

The idea of creating a physical metaverse hub may sound like an oxymoron — how can a physical hub contain all the components of a metaverse? It helps to also think of it as a glimpse at what department stores could look like in the future: shopfronts and collaborative content hubs managed by creators through token voting rights that link to digital worlds. Emcee Studio hopes to lead the way with its new physical concept.

Launched in July 2021, Emcee aims to “revolutionize” the affiliate industry by offering an integrated and automated digital platform allowing influencers to earn up to 25% commission from brands. The creators are now collaborating with Emcee on the physical space, dubbed Emcee Studio. As of late last year, Emcee has 3,000 creators and 800 brands on its waitlist, with 100 approved creators and over 100 approved brands. The physical location will be in Hamburger’s Department Store, formally the largest department store on the Pacific Coast, in downtown LA’s Broadway Theater District. In November 2020, it was reported that the asking price for the building was $425 million. The final sale amount for the building was undisclosed. The Emcee platform is being backed by the notable developer, investor and former WeWork pioneer Joel Schreiber.

The Emcee Studio will start as a top floor and roof campus for influencers to collaborate on projects, with penthouse living areas, leisure areas and a social club. As the influencer community expands, the function of each of the building’s floors will be decided by the community through the Emcee coin ($EMC) that will be launched in the next few months. Creators will receive coins, or tokens, as proceeds from their storefront sales, rewarding their loyalty to the platform.

Via the digital platform, approved ‘Emcees,’ or influencers, are able to curate online storefronts for their audiences. Brands have also been able to take advantage of the platform by linking with creators, choosing their affiliate rate, and relying on Emcee’s systems handling resulting orders. Over 100 influencers (Emcees) and 100 brands spanning across a variety of categories and niches have been onboarded the platform, including Simonett,  Lisa Says Gah, DONNI., The Arrivals and Chillhouse. Alyssa Coscarelli, influencer and director of business development at Emcee, selects what influencers can join. The idea is to bring a unique, informed Gen-Z community together to create an influencer-driven metaverse space.

Talking about the concept, Coscarelli said it will make Emcee stand out from its affiliate platform competitors. “No one’s really gamified the affiliate earnings space yet. We’re giving influencers the incentive that, every time they make a sale, they earn a point. Every time they add an item into their storefront, they earn a coin. They could hit a certain benchmark of sales and then earn something that could then be put back into this amazing virtual space in one way or another.” The coin is part of a five-part plan that includes avatar creation, the gamifying of social commerce through the $EMC coin and the launch of Emcee City. The latter, set to launch in 2023, is meant to be a fully functional immersive world that bridges IRL and digital landscapes to redefine social interaction, commerce and entertainment. The Emcee token will be used as currency by all those involved, including influencers, users and brands.

“We want to do something different,” said John Aghayan, founder and CEO of Emcee. “We don’t want to build out 1.2 million square feet and then hope that the community enjoys what we’ve developed.” Instead, it will start by only building out the top floor and the rooftop. Then, through voting mechanisms tied to the Emcee token, it will involve the community in deciding what happens on all the different levels of the building. Floors could become recording studios for social media promotion and livestreaming or dedicated spaces for experiential pop-ups that mix the physical space with digital components from Emcee City.

While many plans for the building are still up in the air, what is known is that brands will be able to rent out physical space too using the Emcee coin. This will be tied to the Emcee City metaverse virtual platform where influencers, brands and users will be able to earn coins and decide on the function of Emcee studio and Emcee City together. “If you’re a brand and you’re not performing in that virtual world, then you’re probably not going to make it into the retail space,” said Aghayan. The coins earned in the virtual world will serve as currency in both spaces.

With the online space, brand partners will receive all the benefits typical of direct distribution, such as real-time sales, automated payouts, inventory pricing management, communications and customer data.