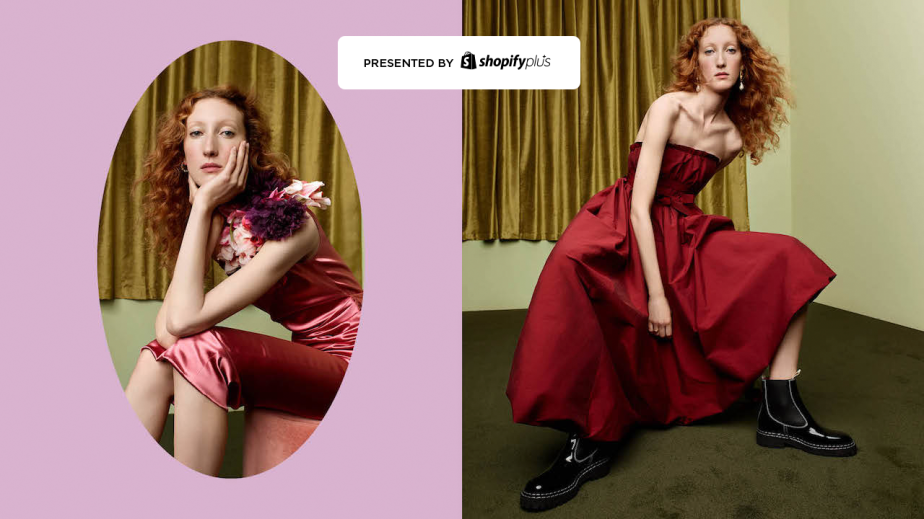 How Moda Operandi rebranded to cater to its core customer

Presented by Shopify Plus

On Friday, Moda Operandi, the fashion discovery platform that lets customers shop from looks they see on the runway, debuted a site rebrand tied to a new focus on discovery.

The company’s previous branding, with its stark black-and-white aesthetic was growing tired, in the eyes of Moda Operandi’s vp of brand strategy, Patrick Emanuel. According to Emanuel, surveys of customers found the same thing.

“Last year, we set out to better understand our community: what they love about Moda, why they come to Moda and what they need from Moda,” Emanuel said. “We surveyed and had hundreds of conversations with our customers, partners and employees. We heard that Moda was first and foremost a platform for fashion discovery, but that our branding wasn’t fully reflecting that value proposition. That’s when discussions of rebranding started.”

Instead, the new Moda Operandi features a new logo, a more colorful and vibrant homepage and regularly updated commissioned art. On the backend, Moda rolled out a new vendor portal that makes it easier and more efficient for brands to build out their store pages on the website. This is the beginning of a larger shift in strategy that refocuses discovery that Moda said began when the company hired Akshat Thanawala in the newly created role of chief product officer in March.

In the years since the company was founded in 2010, its branding had slowly expanded from its forward model of see-now-buy-now and more toward a generalized online retailer in both aesthetic and business model. (Moda Operandi added general e-commerce capabilities in 2015.) Moda Operandi has grown in both size and scope — the company has expanded into men’s, home and jewelry in the past few years, hired more than 170 people in 2019 alone, and has begun expanding into China — but it’s kept to its focus, said Emanuel.

“One-hundred percent of customers we surveyed said they use Moda to find fashion they can’t find anywhere else, which has always been part of what sets us apart,” Emanuel said.

The updated site is debuting just in time for New York Fashion Week, an important time of year for Moda Operandi, which was predicted to pull in $165 million in revenue in 2017 according to then-CEO Deborah Nicodemus, although Moda does not report any financial earnings officially.

As part of the new branding, different artists will produce art related to each season. For the launch, the company collaborated with Superficial, a creative studio in New York, known for its tech and future-forward motion graphics.

Rebrands like this, while mostly surface-level, can have an impact on how a brand is perceived and set the tone for the brand-customer relationship. For example, when LVMH-owned luxury e-commerce platform 24 Sèvres first launched, its branding focused heavily on its Parisian origin, with even its name being a reference to the address of Le Bon Marche in Paris. Two years later, the company rebranded the platform to 24S to focus on a more international audience, who made up the majority of its customers. Since then, the company has added new languages to its online store and more efficiently allocated product based on what each of its international markets tend to buy more of.

“We have seen tremendous organic growth in markets where 24S’s Parisian point-of-view resonates particularly strongly, and we are committed to going where our customers are shopping from, regardless of where in the world that is,” said Eric Goguey, CEO of 24S, at the time. “Since launch, we have delivered orders to over 100 countries, and this year will see dedicated attention to those highly-engaged regions, as well as further development of our top markets, among which the U.S. is a key driver.”

Moda Operandi has similarly seen a need to make changes based on what its consumers are doing. Emanuel said that 87% of users who visit the site weekly said the primary reason they use Moda Operandi was to discover new styles. Rather than trying to be everything for everyone, Moda is reorienting to cater towards that core customer.

“Something big in luxury is discovering something that not everybody knows about,” said Carolyn Hadlock, the executive creative director at Y&L, who has helped established brands like The Danes rebrand in order to court a younger, hipper customer. “For a brand, it’s sometimes better to rebrand and target a more narrow segment of people directly. You see brands struggle with that all the time. Even Supreme, which was once this coveted, narrow thing, is now so huge, and it’s not always the right move.”