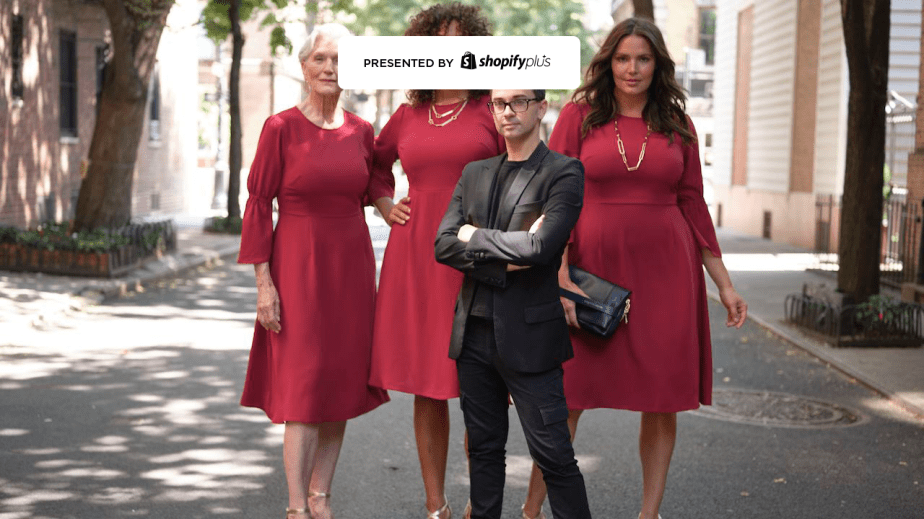 Just as direct-to-consumer brands starting with one product eventually look to expand into more products to diversify revenue streams, established fashion designers and longstanding retailers, too, must find new ways to bring in money.

Christian Siriano is one designer who constantly looks for new opportunities — entering into partnerships with brands ranging from Payless to Puma. His latest venture is an ongoing partnership with retailer J. Jill, designing a capsule collection to roll out of the coming months. The first drops online and in stores Sept. 12, followed by a holiday collection launching Nov. 6. For the first capsule, Siriano created a few variations on the classic white button-down and a few dresses, as well as a teal tie-waist puffer jacket. In keeping with Siriano’s own design aesthetic, the collection covers sizes 2 through 28.

For now, the plan is to keep the collaboration going as a long-term partnership, rather than of a one-off, buzz-building promotion for both parties involved, Siriano said.

“I felt like the idea of newness was very important here, that this wasn’t a one-and-done thing because, sometimes, that’s when collaborations are not as successful. Yes, they might’ve been successful with that first day, but what happens to the next five days and the next month afterward?” said Siriano.

For J. Jill, largely located in shopping malls, having a major designer tied to the brand is a big chance to get shoppers in the door. It’s also a big way to fuel buzz and drive sales after a series of rough quarters for the brand. In the first quarter of 2019, ending May 4, the brand reported net sales were down from the same period of the previous year, from $181.5 million to $176.5 million. The collaboration with Siriano marks the brand’s first-ever designer collection to hit stores.

“The average loyal J. Jill customer doesn’t go to their store for high fashion, so partnering with a celebrity designer enables them to offer something new, fresh and exciting to customers. A celebrity partnership for J. Jill will inevitably create a buzz and may help them generate awareness among a new customer base,” said Wytock.

While the move will undoubtedly create some buzz for J. Jill, with both the brand and Siriano promoting the collaboration through their social channels, along with a host of celebrity models like Candice Huffine and Maye Musk featured in the campaign, Leesa Wytock, group director of experience at global brand strategy firm Siegel+Gale said brands should also be cautious when entering into these types of partnerships. Considering the audience is key.

For J. Jill, that audience is women between the ages of 40 and 65. Christina Siriano focuses a lot on inclusive sizing, and something that J. Jill already offers.

“Loyal J. Jill customers aren’t looking for flash and trend. They’re looking for solid, comfortable clothes that make them feel good and fit within their lifestyle,” said Wytock. “The best brand partnerships leverage each brand’s strengths to build a new fresh experience that didn’t exist before.”

The collaboration isn’t all too different from designers partnering with Target to launch exclusive collaborations, sold at more affordable price points. Over the years, Jason Wu, Missoni and Lily Pulitzer have all worked with Target on these lines. In April, Mary-Kate and Ashley Olsen made Kohl’s the exclusive retail carrier for their Elizabeth and James line. Back in 2017, Prabal Gurung rolled out a plus-size line with Lane Bryant, while Siriano designed a plus-size line for the brand back in 2016.

Clearly, Siriano is no stranger to brand collaborations and partnerships. Over the years he has also worked with Payless, Puma, Home Shopping Network and more. In 2016, Siriano told Bloomberg his revenue for the year was projected to be between $6 million to $8 million.

It’s also a way for Siriano to bring his brand to a new audience — an older, more refined shopper — and offer designs at a lower price point. One dress from the J. Jill collection, for example, is retailing or $109, while another runs for $149.

“I really think about my mom a lot and my sister. Growing up, my mom would spend $50 or $100 on a dress. She doesn’t buy my designs. My normal collection is expensive for her. She would never spend $800 or $1,000 on a dress. I hate that I don’t have something for her and her friends, so I think about them with these partnerships,” he said.