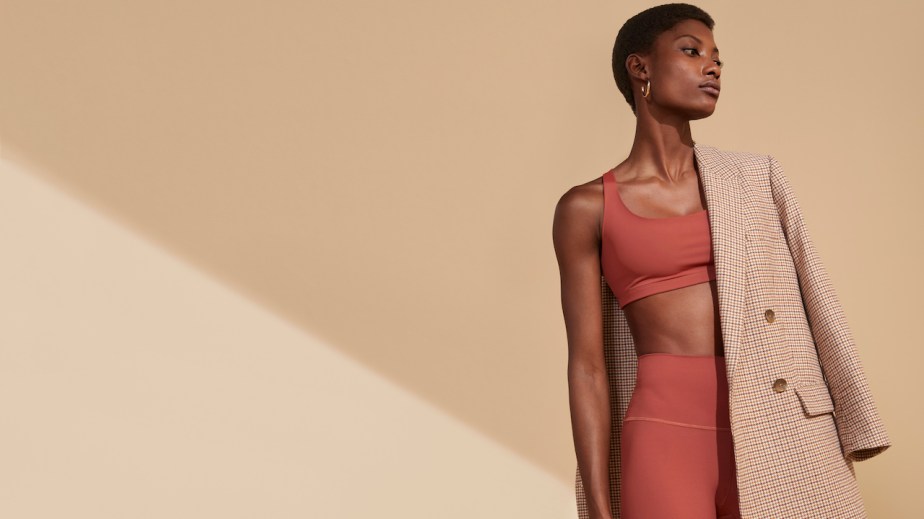 The leggings war heats up, as more fashion brands move into activewear

As the activewear market continues to grow and the athleisure trend stays steady among consumers, it seems almost every brand has its own version of yoga pants or leggings.

Last week, digitally native retailer Everlane shared it will be moving into the active market with its “Perform Legging,” which will hit the market on Wednesday and sell for $58 a pair. According to a spokesperson for the brand, leggings have been the most requested product to date among Everlane customers. As the global activewear industry continues to grow, more companies are moving into the space to rival incumbents. But as more fashion brands cross over into the space and new sportswear brands pop up, the threat of leggings fatigue looms.

Popular players in the space include Lululemon, Outdoor Voices, Nike, Adidas and Athleta. Allied Market Research predicts the market will reach $547 billion by 2024, and increasingly, fashion brands are looking to take a piece of that market.

A recent report from retail analytics firm Edited found that both Nordstrom and Macy’s have added more products and more drops to their private-label activewear brands — Zella for Nordstrom and Ideology for Macy’s. “These increases indicate high demand for private label activewear within department stores,” the report said. Fast-fashion company Nasty Gal dropped its first activewear collection comprised of leggings, sports bras, tees and swimsuits earlier this month. Even fitness studio SoulCycle is ramping up its own retail operation.

In the first four days since it announced its leggings launch, Everlane built up a waitlist of 22,000. It was also a product the company took roughly two years to develop, to capture the perfect leggings for both working out and everyday wear, said Sonia Martin, vp of design for Everlane.

“Everlane is a brand rooted in basics, and we believe leggings have become a key staple of the modern wardrobe. Unfortunately, over the past few years, they have become overpriced, with most averaging $100. These same leggings are also made almost entirely of virgin plastic. We knew we could do better, so we decided to create our own leggings that do it all,” said Martin.

Some companies that are strictly in the activewear space, and have been since the beginning, are trying out different partnerships and business models to stay ahead of competition. For example, Bandier entered 2020 with seven retail locations and plans to open more throughout the year. In 2019, the company’s revenue grew 60%, year over year. Shefali Shah, Bandier’s chief merchandising officer, attributes some of that growth to investing in private-label and launching exclusive collaborations with Stella McCartney, Veronica Beard, P.E. Nation and Koral. The company declined to share what percentage of the business is coming from sales of private-label products and these collaborations.

Bandier now has three in-house labels, including All Access. The All Access “Center Stage” legging sold out immediately when launched in November 2017, and quickly amassed a 1,000-person wait list.

“We are a destination for both fashion and active,” said Shah. “We bring all the best leggings together in the market through third-party, in-house design and designer collaborations. We wear-test and try all of our leggings in-house, and everyone who works at Bandier truly lives the lifestyle. We work together, we sweat together, and we live in our product.”

Companies that take a more in-depth focus on consumer trends and preferences will likely find success in the competitive market, according to a 2020 report from Lyst Insights. Lyst’s report said online searches for leggings with pockets were up 180% in the last three months of 2019, while searches for zip leggings rose 76% over that same period.

“Active has historically been a male-dominated market. As women’s became bigger and bigger, fashion expressions started as printed leggings. The evolution in the past few years has been around innovation in materials, more functionality and end use, plus more functional details like pockets,” said Shah.

For Everlane, sustainability reads as the key selling point for its leggings, even though the shift to sustainable activewear is heating up just as fast as the race for the perfect leggings. Looking at new arrivals in the activewear space for 2020, items labeled as ‘recycled’ are up 642% for men and 388% for women year over year, according to Edited. Everlane leggings are made from 58% recycled nylon and dyed without harmful chemicals.