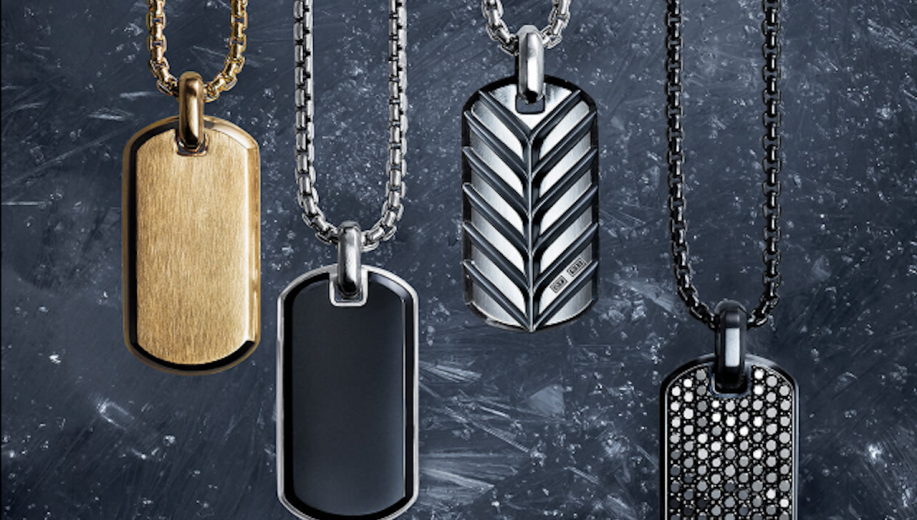 As jewelry slows down, David Yurman is leaning into men’s business to stay ahead of competitors

In December, when American jewelry brand David Yurman opens its new flagship store on 57th Street in New York City, it will be with a renewed focus on men’s jewelry.

Men’s has increasingly become an important category for David Yurman. In the past few years, diamonds and platinum jewelry have emerged as big trends in the company’s men’s category, and men’s jewelry has started to sell at higher rates to both women and men customers. In response, David Yurman is rolling out a number of new efforts to continue to grow that category.

Men’s fashion, in general, has been a significant growth driver for brands across categories. Driven by streetwear, men’s fashion has recently outpaced women’s fashion in terms of growth, though it remains smaller overall. David Yurman, like others, is capitalizing on the renewed interest in men’s fashion by dedicating more retail and marketing space to the male customer. In doing so, it is bringing in new audiences as a key way to counteract slowing sales in the luxury jewelry category at large.

The new 57th Street store, which opens on December 5, will have an entire floor (one-third of the entire store) dedicated to men’s. This section will be larger than any men’s section the brand has had before, highlighting both men’s products and a collection of “inspirational objects” for men, collected and curated by chief creative officer Evan Yurman. David Yurman is going to be leaning hard into its growing audience for men’s jewelry moving forward, said a brand representative.

The luxury jewelry category has been struggling. The Jeweler’s Board of Trade reported that 825 jewelry retail stores closed last year, and overall, growth in the high-end sector is at a historic low, only 2.5% over the last 18 years. On top of that, new faster and comparatively more affordable DTC jewelry brands servicing the low- and mid-tier sectors — brands like AUrate, Vrai or Mejuri — have upped the competition.

“The jewelry business as a whole is down, especially high-end jewelry,” said Jay Hakami, president and CEO of luxury retail analytics company Skypad. “Mid-tier jewelry is OK, but the more expensive you go, the slower it’s been. So jewelry brands widening their audience beyond one gender is a great way to get around that. A lot of the retailers are looking for other channels and audiences to sell their products, and men’s is a big one.”

That focus is paying off. Since David Yurman launched the men’s business in 2004, it’s grown to make up 20% of the company’s total business, with most of the growth coming from its highest performing men’s stores in Miami, New York and Los Angeles. In the past five years alone, David Yurman’s annual sales in the men’s category have grown by more than 68%.

According to Grand View Research, the total men’s accessories market is expected to see annual growth of 7.7% from 2019 to 2025.

“Much of the growth in men’s jewelry is fueled by millennials and younger generations,” said David Naumann, vp of retail marketing at enVista. “Now that suits and formal attire are not commonplace in the business world, younger generations appear to be channeling spending on business clothes to jewelry and luxury brand fashions.”

David Yurman is not the only traditionally women’s-focused jewelry brand to see growth on the men’s side. This year, Tiffany & Co. unveiled its first men’s jewelry collection in the brand’s near 200-year history.

But the growth of men’s jewelry as a category is not directly tied to an increase in male customers. David Yurman noted that, increasingly, women are shopping for men’s jewelry to wear for themselves. In general, the brand has noted a shift in how customers view traditional distinctions between “men’s jewelry” and “women’s jewelry.”

This blurring of gender lines has been noted by other brands in the jewelry space as well. Frank Darling, an up-and-coming DTC fine jewelry brand founded in late 2017, positions all of its jewelry styles as unisex.

“I think it’s really a question of marketing,” Hakami said. “People will buy whatever they want, whether it’s men’s or women’s, and brands should design things how they want. What they should do is position their product as being for anyone, regardless of gender.”