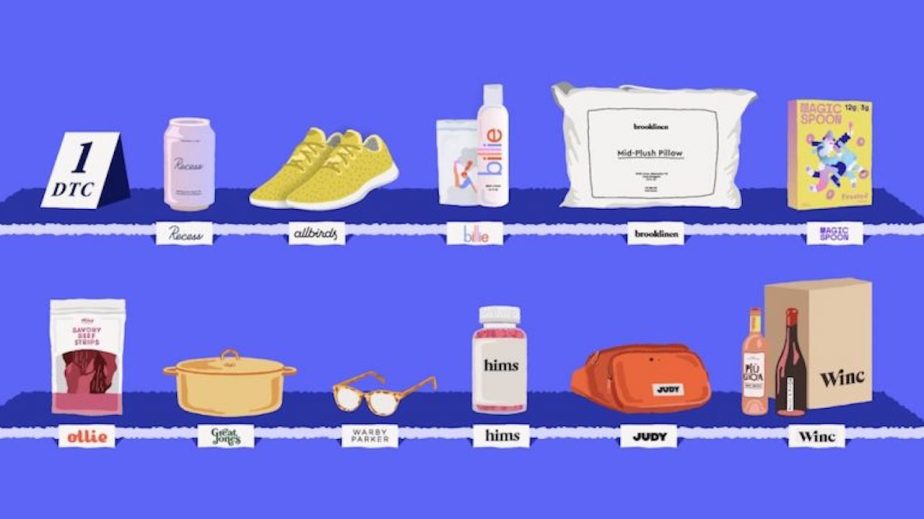 As cities reopen, the DTC store strategy is changing

For digitally-native brands, Soho has often been the first place for digitally-native startups to open stores. Within a ten block radius in Soho, Warby Parker, Everlane, Casper, Glossier, Allbirds and Untuckit have all set up shop.

Even though the area is expensive, it has a lot of benefits. Soho already got a lot of shopping traffic, with lots of national brands like Uniqlo, REI and Nike also having stores nearby. And as more DTC brands moved in, it increased the likelihood that a Warby Parker customer would stop by Everlane, since many of them cater to a similar type of customer. Plus, there was the added bonus that the area got a lot of tourist traffic.

“If you are going to lose money on a store, you better make it one with the most eyeballs and that’s Soho,” said Rebekah Kondrat, partner at retail consultancy Loose Threads, who has previously worked at DTC startups like Warby Parker and Outdoor Voices.

But now, the area is a ghost town, even with retail stores set to re-open in New York City on Monday. It’s indicative of the challenge that DTC startups are going to face going forward: the places that they’ve long relied on to draw foot traffic are going to remain empty for the foreseeable future. Many of them are cutting back on the number of stores they had planned to open in the next year or two. But they are also rethinking what it will take to get their customers to come to their stores, and where their customer will be.

While the first generation of DTC brands like Everlane and Casper waited years to launch retail stores to build up their online business, newer DTC brands have been much more eager to launch stores within their first couple of years in business. That’s because as the cost to acquire customers through Facebook and Google has risen, they have often found that stores can be more profitable ways to acquire customers — and can subsequently lead to an increase in online salesin the neighborhoods those stores are located in.

The one thing that’s likely not going to change is where DTC startups choose to open their stores. They choose to open their stores based on where their customers live, as well as where as other like-minded brands choose to set up shop. And that’s still the same zip codes it has been for years. That could change in the coming years if their customers decide to flee New York City for cheaper cities, or work from. But, it’s a transformation that could take years, and in the short-term, startups are still bullish on New York City.

“We historically first test the spaces via a popup format to get a sense of the foot traffic and what format works best for our customers, and then work with landlords to convert to longer term leases,” Bouchra Ezzahraoui, co-founder of fine jewelry brand Aurate, said in an email. Aurate has three stores in New York City — one in Soho, one in Williamsburg and one on the Upper East Side. “Auratewas born here, so we will definitely keep our presence in the city.” Ezzahraoui said that while Aurate was initially hoping to double its store presence in 2020, those plans are on hold and the company will reevaluate its store strategy in 2021.

But, she said that ultimately she thinks the company’s customers, “want to explore the Aurate environment, hear the story of the making and want to see the pieces in real life.” So, she said the company would “needs to work on new ways of offering that touch and feel ceremony that happens throughout the shopping experience IRL, but I do believe that the personalization of the experience will be key in this new normal.”

Catherine Pike, director of retail at Southern California activewear brand Vuori, echoed this in atalk with Modern Retail subscribersa couple of months ago. She said that Vuori was looking at how the company could add opportunities for customers to personalize products in store, as well as for new ways for customers to touch and feel product.

Ashley Merrill, the founder of sleepwear brand Lunya said that the past couple of months has reaffirmed to her that she should think of stores as marketing expenses, and because of that will likely have fewer of them going forward than she had initially planned at the beginning of this year. Lunya currently has three stores, and while Merrill initially hoped to open around seven more stores this year and seven more the following year, now she thinks she’ll remain at no more than 10 stores in the U.S. for the foreseeable future. She said that Lunya may also focus more on international markets going forward for store openings, in order to help Lunya make more of a name for itself abroad.

“I think that it will take safety in the form of a vaccine or treatment for it really to come back around to these brands having like these plans to open 30 to 40 stores over a two to three year period,” she Kondrat. “But, even as more stores start to open back up, she cautions DTC brands to think about how their customers’ habits’ and routines’ will likely change before signing a lease.”

“If I were a DTC brand, and I was looking at retail, I would start looking closer to home for customers, and not so much where they work and where they play, because there’s no work and play anymore,” Kondrat said.