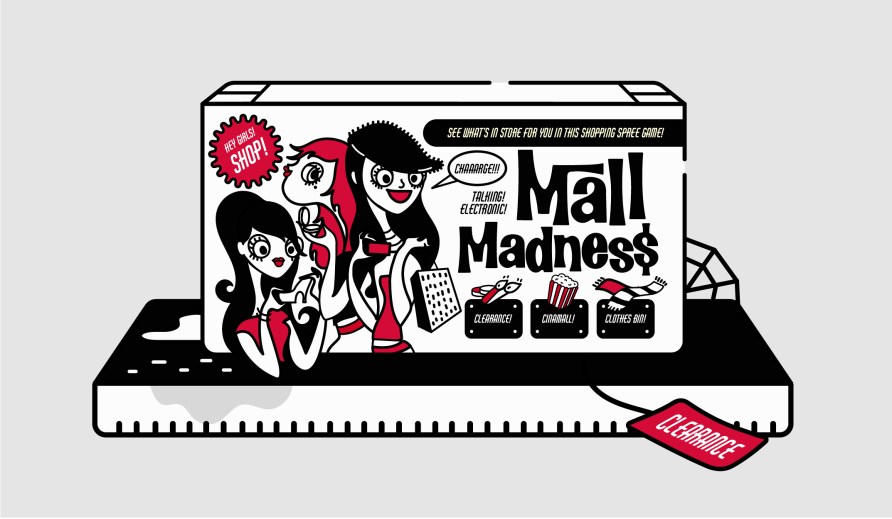 This story is part of Endgames, a Digiday Media editorial package focused on what’s next, what’s coming, and what’s being phased out in the industries we cover. Access the rest of our Endgames coverage here; to read Digiday’s Endgames coverage, click here; Modern Retail’s coverage is available here.

It feels like department stores have died a thousand deaths over the last five years. Numerous publications, including Glossy, have written stories heralding the end of department stores’ influence, based on a slew of factors like their slow adoption of e-commerce and fashion brands’ increased focus on their direct-to-consumer business.

But 2020 might have finally spelled the actual, definitive end of department stores. Many of the biggest names have shut down or gone bankrupt in the last year, and the few that are left are facing a market that has accelerated the shift to e-commerce and DTC, which has forced them to close stores. Neiman Marcus emerged from bankruptcy in September with 3,000 fewer employees and seven fewer stores, and Lord & Taylor is in the process of liquidating all its stores and will become an online only business under new management. Meanwhile JCPenney was bought by Simon Property Group and Brookfield Asset Management in early December, after going bankrupt in the spring and closing 150 stores.

Barneys New York and Henri Bendel were early casualties, pre-pandemic. Henri Bendel has disappeared completely, while the Barneys brand name has been licensed to Saks Fifth Avenue by owner Authentic Brands Group. Of the department stores still standing, Saks CEO Marc Metrick said in September that Saks’ luxury and online sales are soaring (though the company hasn’t released numbers since 2019). Meanwhile, Nordstrom has stayed afloat thanks to prioritizing its online sales, which increased from 33-54% of the business from 2019-2020. It’s also leaned on the success of its off-price retailer, Nordstrom Rack; CEO Erik Nordstrom said in November that the retailer would be a major driving force in Nordstrom’s recovery.

But even Saks and Nordstrom have suffered. Nordstrom had to close 16 stores this year. Saks’ parent company, Hudson’s Bay Company, is currently locked in several legal battles over unpaid rent and faces possible evictions for its non-Saks properties. Saks has been the only bright spot in HBC’s portfolio over the last two years, and the company has closed some of its other brands’ stores while keeping Saks open. HBC has so far staved off bankruptcy, taking a $150 million loan at the beginning of December.

In November, Black Friday foot traffic for U.S. malls and retailers was down 52% year-over-year, according to data from retail tech company Sensormatic Solutions. Those that have seen the return of foot traffic are off-price and value-oriented retailers like Dollar Tree, Walmart and Target, many of which were designated essential stores and remained open while other stores closed. Brands, especially beauty brands, that typically sold in department stores began selling in retailers like Costco and Target this year.

Even with a vaccine rolling out and a light at the end of the tunnel, many customers have switched over to e-commerce and will likely stay there. E-commerce has largely taken the place of department stores as the go-to area for discovery. And increasingly, brands are signing up with online marketplaces and retailers, as opposed to selling to wholesale department stores.

“We set up the brand to be a wholesale brand when we started 10 years ago,” said Lina Calabria, founder of accessories brand Bellroy, which now sells through only one department store: Nordstrom. “But the market has shifted so much since then and especially in the last year. Now, our split is 50% direct, 25% marketplace and 25% wholesale, so wholesale has definitely come down in importance. Now we’re thinking more about our direct business and selling through places like Amazon, because that’s where the customer is now.”

Executives from jewelry brand Fernando Jorge and denim brand Frame told Glossy that department stores, which are making up less of their business since 2019, used to be an essential way for them to gain new audiences. Now, however, department stores have become a “liability,” given the fact that many have gone bankrupt. Brands like Mark Cross have become more hesitant to fulfill big orders for department stores, not knowing if those orders will ever see a sales floor.

With big companies like Ralph Lauren and Tapestry increasingly focusing on e-commerce, and malls turning to Amazon and non-retail businesses to fill the vacancies left by bankrupt and shuttered retailers, the future outlook for department stores doesn’t look good.

“What is the anchor of the mall in the long run?” said Simeon Siegel, managing director and senior analyst at BMO Capital Markets. “Over the last 50 years, the answer has been simple: department stores. But everything is shifting more toward experiential retail now. Mall vacancies are being filled by doctors or medical clinics and DTC stores. That’s part of the problem for department stores now.”