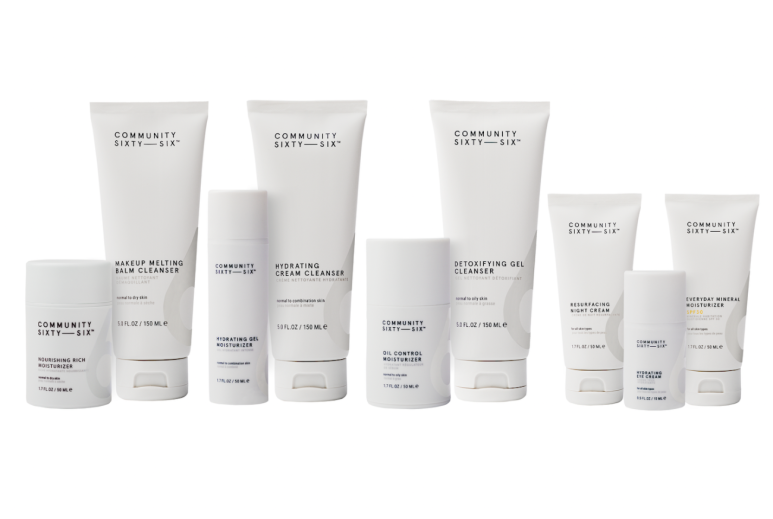 In the past 10 years, the very notion of having a skin care routine, let alone one that exceeds a step or two, has gone mainstream. The concept has been packaged and marketed in every way imaginable.

Around 2015, at the peak of K-beauty’s trendiness stateside, many consumers took on 12-step routines. Then, in 2016, Deciem launched The Ordinary, which made it possible for everyday people to be cosmetic chemists of sorts, choosing and customizing how they wish to blend from a menu of peptides, retinols and vitamin C. Two years later, I wrote a story for Fashionista titled “A spike in single-ingredient marketing is changing how shoppers — and brands — approach skincare.” Concerns expressed by the experts interviewed pertained to everyday consumers mixing and matching ingredients without having the knowledge of expert chemists.

Then, slowly, a rejection of such lengthy routines took hold. In 2020, the term “skinimalism” gained traction. Byrdie reported that the term topped Pinterest’s trend prediction list at the start of 2021. Now, a new crop of skin-care brands is packaging and delivering skinimalism to the busy consumer who wants to cut through the noise of the extremely crowded industry.

In March, Scarlett Johansson launched at Sephora The Outset with co-founder Kate Foster. The edited collection consists of five products: a cleanser, a serum, a day cream, a night cream and an eye cream, with prices ranging from $32-$54. This month, Sephora exclusively adds Community Sixty-Six to its assortment. The brand was created by Dia Foley, formerly gm at The Inkey List and one-time colleague of Deciem’s late founder, Brandon Truaxe. It launched with eight products, though with three cleansers and three moisturizers, a consumer could buy just two or four and have a fairly comprehensive skin care regimen. Both brands are reminiscent of a modern take on Clinique’s time-tested classic: its three-step system. You can probably picture the yellow bottle of its cult-classic Dramatically Different Moisturizer, which is now available in multiple formats to cater to one’s skin type.

Foley was approached by a group of “investors who prefer to stay anonymous,” with whom she partnered to create Community Sixty-Six. Initially, she admitted, she herself was skeptical. “The first thing I said was, ‘Another skin-care brand — does the world really need it?'” Ultimately, she felt she had something differentiated enough to offer — and clearly, Sephora agreed. Sephora did not respond to requests for comment.

“I [wanted to] really make it simple for women, and men. There’s so much B.S. and so much overload in the space — so many over-promises, instant fixes. [And so there is a] vast amount of disappointment in what products can and cannot do,” Foley said. The name Community Sixty-Six comes from the fact that research shows it takes 66 days to develop a habit. Foley was inspired by the bestselling book “Atomic Habits” by James Clear.

“The simpler something is, the more likely you are to stick with it,” Foley said.

Community Sixty-Six soft-launched back in February, but Sephora asked Foley to revamp the packaging to better meet its consumer’s needs.

Kate Foster shared similar inspirations for The Outset. “The idea was to take the guesswork out of clean, luxury skin care and make it more accessible for all,” she told Glossy. “While skin care is a very saturated market, we saw an opportunity for no-fuss, effortless essentials. We designed The Outset to be the classic white tee of skin care — clean, reliable and a universal staple in everyone’s wardrobe.”

The rise of DIY skin care and long, multi-step routines all but begged for a pendulum swing.

“The opportunity we saw in the current beauty market is that many customers are struggling with stressed skin and irritation. More beauty consumers are self-identifying as having sensitive skin than ever before. There are so many active ingredients in products these days that many customers are mixing these products with the good intention of self-care, but winding up with irritated and inflamed skin when the actives interact. What we are offering is what we’ve heard that the consumer is missing in their routines: a clean, ultra-hydrating and non-irritating line of essentials that is the everyday foundation for great skin,” Foster said of The Outset’s value proposition.

Though it launched direct-to-consumer, Hailey Bieber’s brand new Rhode Skin launched with an extremely simple starting lineup: a serum, a moisturizer and a lip balm, all approved by its in-house advisory team, including cosmetic chemist Ron Robinson and dermatologist Dr. Dhaval Bhanusali. The brand’s tagline is “one of everything really good.”

With people’s lives getting busier and the return to the office giving the hurried-morning getting-ready routine a comeback, it’s no surprise customers are returning to simplicity.