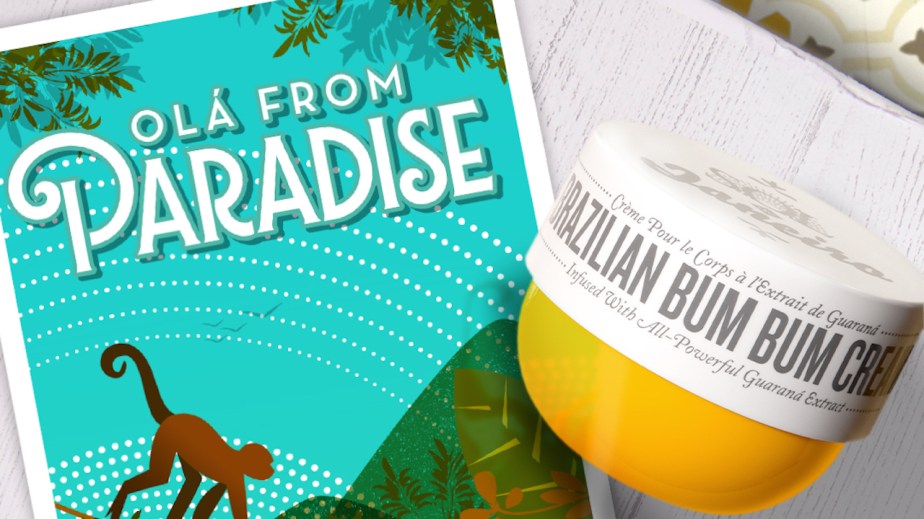 Sol de Janeiro is breaking out the summer vibes for its first-ever global campaign.

The brand awareness campaign begins Friday and will end in September. The digital and out-of-home campaign centers around bringing the Brazilian lifestyle of sun-kissed skin, bright colors and joie de vivre (or “Alegria da Vida” in Portuguese) to different cities every week, including New York, London, Atlanta, Toronto, Paris, Sydney, Mumbai and Dubai. Out-of-home billboards will be located in New York and London. And video spots on connected TV, TikTok and YouTube, will show the transformation of a city when the Brazilian lifestyle is introduced, such as palm trees coming out of the Eiffel Tower in Paris or people on New York City streets becoming dressed in colorful Brazilian fashions. Static ads will run on Facebook, Instagram and other social networks. In addition, targeted advertising in each city will offer localized Brazilian digital guides, including a list of Brazilian restaurants in Paris, for example. Sol de Janeiro retail partners, such as Sephora in North America and Dubai, Mecca in Australia, and German cosmetics store Douglas, are also spotlighting Sol de Janeiro in their own localized paid social advertising during this time.

“Now that we’re coming out of the pandemic, and because we’ve gained so many new customers, we’re trying to build on top of this bigger base. We’re seeing triple-digit [sales] growth [so far in 2021],” said Yang.

As part of the omnichannel campaign strategy, a TikTok hashtag challenge campaign is meant to offer more one-to-one marketing to shoppers, said Tamera Ferro,  svp of global marketing and growth. Sol de Janeiro is working with six paid influencers to promote its first-ever branded hashtag challenge (#SOLreadyforsummer) using an original song written in-house. The challenge asks people to share how they achieve a Brazilian-style summer, with or without Sol de Janeiro products. Ferro said the overarching strategy for the campaign was about fostering joy and happiness and tying people’s perception of Sol de Janeiro to those feelings.

“[We want] to bring the brand into your life and inspire you to focus on little moments that transform your world,” said Ferro. “The broad brand campaign really is the big story of watching a city transform through Brazilian culture. And then the TikTok and influencer side is about bringing that idea to life in a personal way.”

Much has been said about the upcoming summer months, as countries like the U.S. and U.K. have started to vaccinate their populations. Approximately 2 billion vaccines have been administered worldwide, and 50% of Americans have received a vaccine. This has led to jokes such as “Hot Vax Summer” or “Shot Girl Summer,” in response to pent-up demand for dining out, traveling, shopping and socializing. Sol de Janeiro and its relationship with the sex appeal of Brazil is poised to capitalize on those consumer desires.

Sol de Janeiro is working with Facebook and Instagram on brand lift studies, including ad and brand retention, and whether the brand has successfully elevated the awareness of the brand name outside of its best-selling Bum Bum Cream. Sol de Janeiro expanded its franchise of scents with the tropical Bom Dia Bright Cream, launched in March, a follow-up to its coconut-scented cream. The brand also expanded to hair care in 2019 and to fragrance in March 2020, and debuted a candle with its signature Bum Bum scent last year.

However, because Bum Bum Cream is a hero product, product sampling will revolve around it for the campaign. Sol de Janeiro plans to launch an online tool for North America that will allow people to “nominate a friend” to receive a sample and work with retail partners for distribution globally, said Ferro. Sol de Janeiro will distribute over 500,000 units.