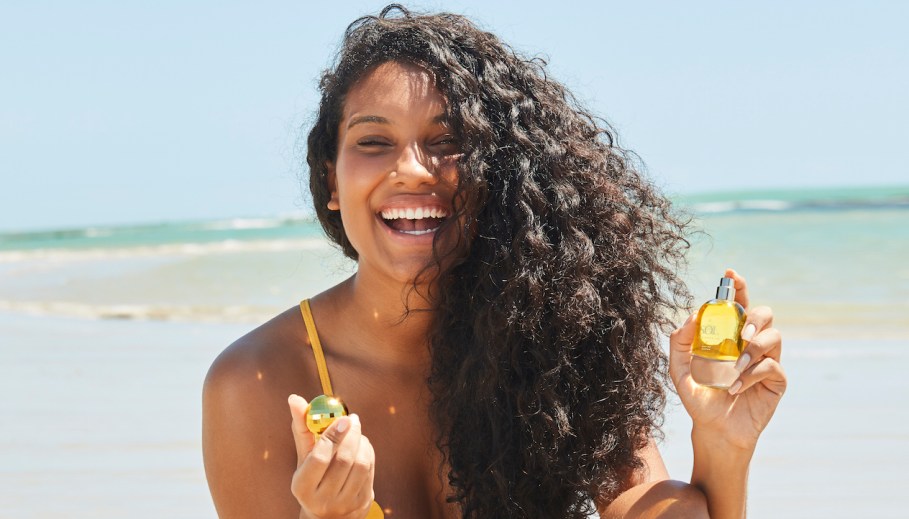 Beauty brands are quickly adapting to a new cultural climate amid coronavirus, and yet some have decided to run with product launches, albeit with some changes.

For Sol de Janeiro, the 4-year-old, Brazil-inspired skin-care brand, its first fragrance was intended to be a high point for the brand. It launched on March 17, just as coronavirus began significantly disrupting the U.S. economy, including the closure of brick-and-mortar stores. The fragrance (inspired by the scent of its hero Bum Bum cream product) was expected to sell on Sol de Janeiro’s own DTC website, as well as on Sephora.com and in over 1,000 stores across the U.S. and Canada. Products had already been sent to Sephora stores but are now being sent back to Sephora warehouses to fulfill e-commerce sales.

Despite these challenges, the fragrance has become a bestseller on Sephora.com, selling 900% more than the second-best-selling fragrance on March 17, according to Heela Yang, Sol de Janeiro co-founder. LVMH-owned Sephora is the conglomerate’s second-largest company by sales, and according to LVMH’s third-quarter earnings call in Oct. 2019, Sephora has shifted its merchandising focus to hair care and skin care, as those categories are growing by double digits, versus fragrance and makeup. Still, as of March 21, the Sol de Janeiro fragrance had sold out on Sephora.com, although Sol de Janeiro declined to specify how many units were initially available online. Sol de Janeiro is also sold through Dermstore.com and Beautylish.com. Yang declined to disclose overall sales and the company’s wholesale versus DTC sales, but the brand received $14.5 million in funding in June 2019 from Prelude Growth Partners.

“This situation is not just a question for our company, but for all the other companies that are launching new products these days. What we are seeing is that [since people are] staying home, they feel the need for a safe haven, for comfort and feeling well,” said Yang.

Yang said that postponing the launch was never discussed, but adjustments to the original launch plan had to be made. A launch party with over 190 people in Los Angeles had to be canceled, and the brand’s first out-of-door campaign is also postponed indefinitely. That campaign consisted of a video placed on New York City kiosks near Sephora stores and on the backseat televisions of JetBlue airplanes. But the brand still gifted product to over 200 influencers, as planned. To date, more than 50% of the brand’s marketing budget has been spent on lower-funnel conversion ads such as offering limited-time hair-care samples with a purchase through Facebook and Instagram; that approach has not changed, said Tamera Ferro, Sol de Janeiro vp of global marketing. She added that the ad allocation is being reevaluated every day during the coronavirus outbreak, but no updates have been made.

The team has had to navigate the conundrum of hyping a new product while also being sensitive to the current cultural moment. Sol de Janeiro sent an email promoting the launch to its nearly 200,000 subscribers on March 17, and Sephora sent a promotional email to its database on March 20. Ferro said the biggest change has been to the brand’s email content by increasing the editorial emails from once a week to up to three times a week, with content focused on self-care habits and personal messages from Yang. The planned messaging around the fragrance, which celebrates Brazilian culture and the sensuality and joy of summer, was maintained.

A sampling program involving approximately 500,000 units is also in place, although Sol de Janeiro has had to amend part of this plan. Starting Monday, samples will be included with orders from fashion brand Good American. Samples meant for the launch party will now be sent to other partners, like the beverage brand Dirty Lemon, which is sending samples to its e-commerce customers. Both of those brands are viewed as having a s positive lifestyle brand positioning style similar to Sol de Janeiro, which is why they were chosen, according to Yang.

Despite the irony of launching a product that celebrates an outdoor lifestyle, Yang and Ferro said that customers want to maintain aspects of joy in their lives and are even looking at a fragrance product as a beacon of hope.

“We’re all really hopeful that we’re not going to be inside [our homes] forever,” said Ferro. “People who are buying want to have this fragrance for when it’s time to reclaim our lives.”