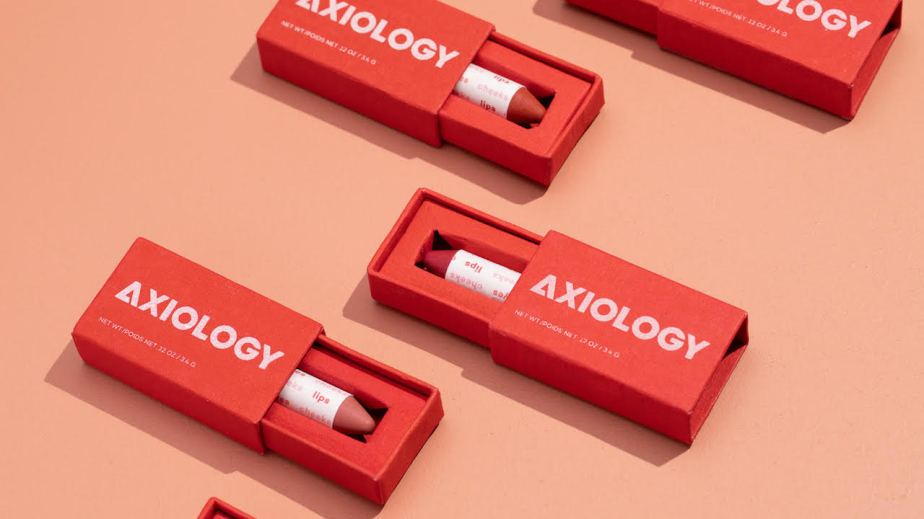 In 2014, Ericka Rodriguez was on the search for vegan lipstick, but it wasn’t easy.

“I couldn’t find any that I was excited about,” she said. For all the lipsticks she found, “As soon as I put the lipstick on my lips, it broke because it was so dry.” So she decided to make her own in her kitchen and started selling it on Etsy.

Now, her brand Axiology is stocked at Credo Beauty and recently launched at Ulta through its Credo partnership. Axiology is one of a growing number of vegan beauty brands entering the market, many of which are highlighting their products during “Veganuary.”

Vegan beauty made strides toward going mainstream in 2020 — Ulta introduced “vegan” as one of the qualifications for its new Conscious Beauty program, while many new brands launching in the past year have been clear in declaring themselves vegan. Traditional beauty brands are embracing vegan beauty, as well. Aveda announced this week that it is reformulating its products to be vegan. Kat Von D, meanwhile, rebranded to KVD Vegan Beauty last year to amplify its vegan positioning.

The moves are timely since 30% of Gen-Z consumers say they do not eat any meat. So far, over 440,000 people have signed the Veganuary pledge, which was created by a charity in England to introduce people to veganism by encouraging them to forego animal products for January. The number is up from 400,000 last year. The pandemic is also increasing people’s interest in avoiding animal products, as the CDC says that three out of four new diseases originate in animals. Covid-19 is theorized to be animal-derived, and Ebola, SARS, MERS, bird flu and AIDS are also attributed to animals.

For brands that have long eschewed animal products, identifying as vegan has come to the forefront of their messaging. This month, 25-year-old Pacifica is highlighting on social media its new Vegan Collagen collection that it launched at the end of last year. Founder Brook Harvey-Taylor said that she has seen dramatic changes in the industry since she first launched the brand.

“We used to sit at the trade show and have to explain to people what vegan beauty meant,” she said. Now, the brand prominently displays “vegan” in its tagline and is growing its range of products with the word front-and-center. In addition to its new Vegan Collagen line, it has a Vegan Balm collection and will be launching a vegan hair-care line at Ulta in the spring.

Founders noted that ingredients are now easier to come by, as suppliers offer more alternatives to typical non-vegan ingredients such as honey, beeswax, carmine, squalene and lecithin.

Vegan brands have adopted multiple initiatives to highlight their vegan credentials. Axiology donates to animal rights organizations, while Pacifica does livestreams with a farm sanctuary. Harvey-Taylor was inspired by her own time growing up on a farm in Montana. “I always loved our animals, and one day when I got a little older, it clicked for me that we were eating our pets,” she said. “We raised baby pigs, and they’d have to sleep in my room because it was so cold.”

Vegan beauty has also undergone a dramatic rebranding from earthy to chic, over time. Skin-care and personal care brand Alder New York, for example, was started by former fashion designers. For Veganuary, the brand is doing a giveaway in partnership with other vegan brands including Act + Acre.

“It’s really exciting how customer awareness and customer interest has really pushed the industry to innovate. That also trickles down into aesthetics,” said Nina Zilka, co-founder of Alder New York. “There was a point where it was very fringe and not necessarily appealing to me, as a designer.”

In addition to stylish branding, customers in search of vegan brands are looking for the brands they buy from to promote sustainability and clean ingredients. “If a customer is vegan, they’re also sustainably minded,” said Rodriguez, who noted that environmental sustainability is a major reason for going vegan.

Axiology’s top-selling product is its three-in-one Balmie crayon, which comes wrapped in paper rather than a plastic tube. “People are just really, really into the zero-waste movement,” she said. “The top questions we get in our customer service emails are, ‘Where does your packaging come from? Is it recyclable?’”