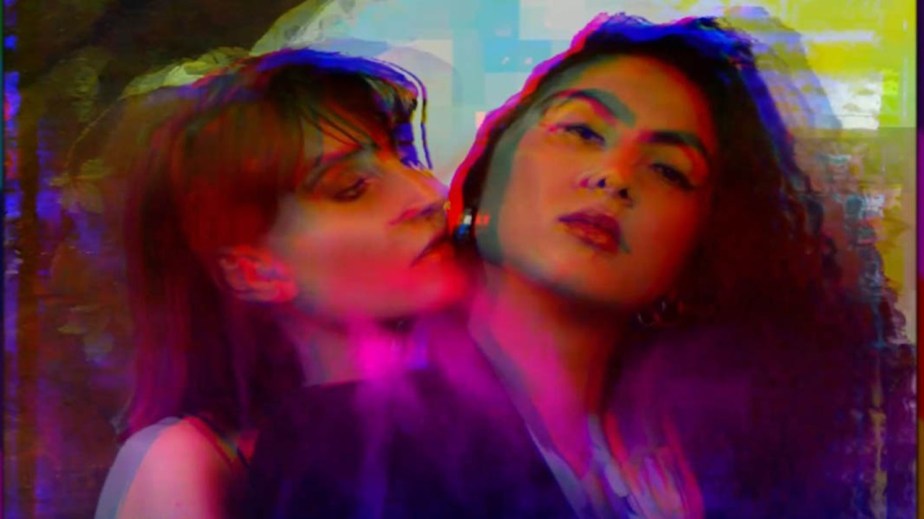 Following fashion brands and independent beauty founders, major beauty companies are now getting in on the NFT craze.

Nars, Givenchy Beauty and E.l.f. are among the recent beauty brands that have launched NFTs, joining a wave of large corporations such as Coca-Cola and Procter & Gamble. With the NFT hype so new, the corresponding brand campaigns are all about generating buzz or raising money for charity, for now, but companies are evaluating what to do for the long term.

Starting on July 31, Shiseido-owned Nars becomes the latest large beauty brand to launch an NFT campaign. It’s celebrating its hero Orgasm blush with a collection of three commissioned NFT artworks by female-identifying artists on the platform Truesy. The first piece by contemporary collage and crystal artist Sara Shakeel will be available for free in an unlimited number starting on Saturday. This will be followed on August 2 by another open-edition piece for $50 by fashion designer and multimedia artist Azéde Jean-Pierre. A $500 limited-edition piece by electronic music artist Nina Kraviz will go on sale on August 4. Only three NFTs will be available for this drop.

Purchases of the Jean-Pierre and Kraviz pieces will also come with physical makeup. With the $50 NFT, buyers receive a limited-edition jumbo Orgasm blush and lip balm. The $500 piece includes a makeup set for cheeks, lips and eyes called “The Ultimate Orgasm Bundle.”

Beauty brands’ early entry into NFTs is all about experimentation with a new digital format, for now.

“While there’s undoubtedly been strong momentum around NFTs in recent months, we consider them to be an emerging and experimental class of digital product and collectibles,” said Nars VP of global digital strategy and social engagement Dina Fierro.

Similarly, Givenchy Beauty’s Pride NFT launch last month was part of its broader strategy to embrace “new horizons” digitally, said Edwin Sberro, founder of fashion and beauty magazine Exhibition, who worked with the brand as a consultant on the project. In June, the brand sold out of 1,952 copies of its first sponsored NFT artwork in two seconds on platform VeVe. It worked with digital art collective Rewind Collective and London gallery owner and LGBTQIA+ activist Amar Singh to raise $128,000 for LGBTQ+ non-profit advocacy organization Le Mag Jeunes.

“Givenchy is avant-garde about digital,” said Sberro. “They love to explore. They love to create new territories.” Last year, he worked with the brand for its foray into Animal Crossing. The NFT campaign “was a new opportunity for the brand and the digital world, to do something different for a beauty brand,” he said.

“There is just a relentless focus that we are always putting on blazing new trails and figuring out new frontiers,” said Gayitri Budhraja, E.l.f.’s vp of brand, regarding the brand’s own recent NFT campaign. In late June, E.l.f. launched its “Ne.l.f.Ts” campaign, selling virtual “gold” versions of its products for the same prices at which they sell in stores.

To drive buzz, brands are tapping into the rising contingent of NFT and crypto influencers. Partnering with TikTok-focused creative agency Movers+Shakers, E.l.f. focused its marketing for the campaign on both beauty enthusiasts and the “CryptoTok” and “MoneyTok” communities on TikTok. Influencers promoting the campaign included beauty influencers Stephanie Valentine (@glamzilla) and Trevor Barrett (@trevor.j.barrett), as well as TikTok financial advice commentators Reetu Maz (@ree2mz) and “Elite Tier” (@elitetier).

“The desire was to partner with influencers who are a little bit more connected to cryptocurrency, but who can also speak [to], relate [to] and are entrenched within the beauty community,” said Budhraja.

The online NFT and crypto communities have been engaged with the new launches. According to Sberro, this community was especially active around the Givenchy Beauty launch.

Making the technology interesting to the wider public is also a main goal. Several brands specifically chose accessible NFT platforms that allow purchases with credit cards rather than simply cryptocurrency.

“NFT marketplaces can be intimidating for those who are less crypto-savvy,” said Fierro. “Truesy’s unique POV and level of curation was a perfect fit for this initiative. That’s not to mention that the platform is highly intuitive and easy to understand, allowing payment not only by cryptocurrency but also credit card. This was a key consideration as our consumer base is largely female and there remains a significant gender gap in cryptocurrency.”

E.l.f.’s NFTs, meanwhile, were sold through the Bitski platform, which the brand chose because it makes NFTs accessible via credit card, as well.

With criticisms of the amount of energy used to produce cryptocurrency and NFTs, Nars used Tezos blockchain, which is reported to use 2,000,000-times less energy to mint NFTs, compared to Ethereum.

For Givenchy Beauty, the move into NFTs is not just aimed at the crypto community, but also part of the luxury world’s broader embrace of the art market; parent company LVMH has its own art foundation and frequently sponsors artists and exhibitions.

“People are searching now for new territories of art,” said Sberro. “Brands need to do more culture and art. It would be interesting for them to go into this virtual and digital world,” to host virtual art galleries in the future.

E.l.f. and Nars are already considering the possibilities for their next NFT campaigns. Nars is aiming for another launch in 2022, with details to be determined.

“There is probably going to be a second hit behind it,” said Budhraja of E.l.f.’s plans. “The community that was most enthusiastic about it is entrenched in cryptocurrency. We really want to use this as a way to cross over more into beauty. I think the next evolution of it for us is going to be, ‘What’s the real utility that we can deliver to our beauty community?’”