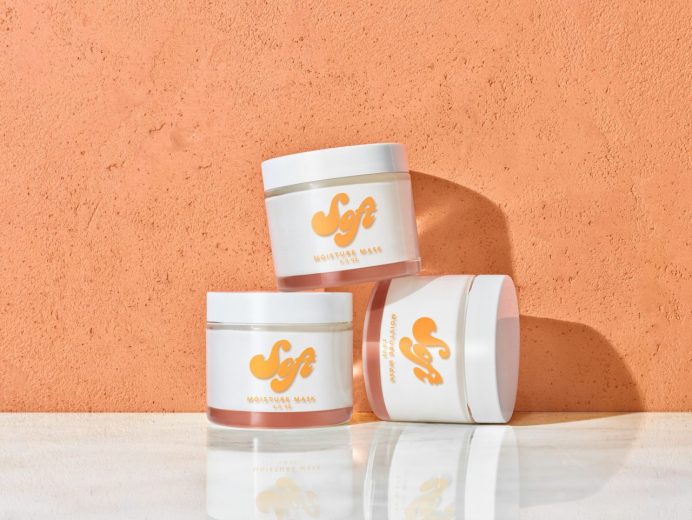 The editor-to-founder pivot is catching on in beauty

Being an editor isn’t what it used to be. Once upon a time, Conde Nast’s top employees received perks like car service and clothing allowances. Writers were paid $2/word. Plus, being an editor, or even a writer, meant that one had a “glamorous” job — a job many enviable leading ladies in romantic comedies were depicted as having, too. See: “How To Lose a Guy in 10 Days” and “13 Going on 30.” But today, being an influencer or CEO, or otherwise in charge of your own destiny, is more appealing. According to a 2019 story on CBS News, “a reported 86% of young people said they want to be a social media influencer.”

Editors are, however, still granted unique access by way of their careers. They get access to new brands and products before they launch, and they speak to dozens of founders and other business executives as they research stories and attend industry events. That very access puts editors in a unique position: aware of the saturation within the industry they cover, but also, perhaps, particularly well-positioned to create brands of their own. At the same time, they’re typically building their own social media followings.

Editors launching their own brands has become an increasingly common trend, though their founding stories vary. The brands stem from side hustles or side-hustles-turned-full-time-gigs, or in the case of Allure’s founding editor-in-chief, Linda Wells and Flesh Beauty, they’re created with mega-corporations, like Revlon. More recent examples include Annie Kreighbaum, formerly executive editorial director at Into The Gloss, who co-founded body care line Soft Services in May. Jane Keltner de Valle, Architectural Digest’s style director, launched baby care line Paloroma in August of 2020. And Nick Axelrod, a former Elle editor and co-founder of Into The Gloss, co-founded body care line Necessaire in 2019. Lindsay Silberman, formerly Town & Country’s deputy digital director, left to be a full-time content creator before launching her Hotel Lobby Candle brand in 2020.

Emily Farra, a senior fashion news writer at Vogue, launched with her boyfriend and his best friend Soft Skincare, which calls itself “skincare for the modern man.” The brand launched direct-to-consumer in November 2019. Farra has just over 10,000 Instagram followers, Soft Skincare has 1,645 followers.

Farra is on the receiving end of pitches for “dozens of new brands” and has also fielded countless questions from founders regarding that all-important question of “how to break through the noise.” She said she never envisioned herself as a brand founder, noting that her main focus at her job is fashion and that she is not a designer. “My job is really to identify stories and understand the market, and see what’s missing out there,” she said. “And we do get so excited about brands that are doing something so different and are so intentional about what they’re doing and have a message.” The idea for the brand came out of organic discussions with her boyfriend, Patrick Dolezal, and his friend, James O’Dwyer, about how existing brands targeted at men were “super traditionally masculine and really outdoorsy, and it just wasn’t resonating,” she said.

The trio’s diverse skillset helped them bring the brand to life. “James coded our entire website and deals with all of the logistics, and then Patrick works in biotech. He has a master’s degree in biology and was very much the mastermind behind the formula, working with our chemist to create the product,” Farra said. Farra, of course, brought her network, familiarity with branding and PR, and her clout at Vogue.

For its part, Farra said, Vogue was extremely supportive of her endeavor, and the brand’s launch was covered on Vogue.com. “People in [the editorial] world are realizing that we do have a really deep understanding of what it takes to start a brand. We’ve been so exposed to so many different parts of the industry that maybe it’s worth seeing how you can apply those skills to something else.”

Bee Shapiro, a contributing columnist at The New York Times, founded Ellis Brooklyn in 2015. “I also wanted to test myself, frankly,” she said. “If you’re testing products all the time, you’re like, ‘OK, I have an idea of how to put my own imprint on the fragrance industry.’ I wanted to push myself further in an area that I hadn’t before.”

Shapiro said many of her fellow editors-turned-founders happen to be extremely talented when it comes to branding, but warned that just because someone gains a following on social media, they shouldn’t necessarily rush to put out a product. “Really think about what you’re doing, because you are [already] a ‘brand.’ Whatever it is that you do launch, do it thoughtfully and do it beautifully… I want to see more beautiful lines instead of the throwaway stuff that clogs your inbox,” she said. Shapiro has close to 8,000 followers on Instagram. Ellis Brooklyn has over 30,000 followers, and is sold at Sephora, Credo, Ulta and Revolve, among other retailers.

Just last month, Sophia Chabbott, formerly an editor at WWD and Glamour, launched Testament Beauty, which labels itself “garden-grown beauty” and “Mediterranean-inspired skincare.” Chabbott has just under 10,000 followers on Instagram. Testament launched direct-to-consumer and at Saks Fifth Avenue with two products, a Turkish Coffee 3-in-1 mask and a Moroccan Chamomile Sleep Mask.

Chabbott described herself as the editor who never ran out of excitement when it came to testing new products, though interestingly, she was not a beauty editor but the senior online fashion editor at Glamour and WWD’s digital director. When she started to think about what she truly needed and what would truly work, she thought about the concept of “a Mediterranean diet for your face.” She looks back on that as her “Eureka” moment. As for how her career background informed her journey, she said, “The skepticism of journalism and an editor probably is what made me take a longer time to launch than a lot of brands that I’ve seen.”

“When it came to launching a brand, I knew that I had to answer the who, what, where, when, why — I had to be ready, because all my friends are journalists, they’re publicists. I have to say that one of the most intimidating factors of launching a brand was talking to editors and people in the industry, because they know. And I know what they know.”