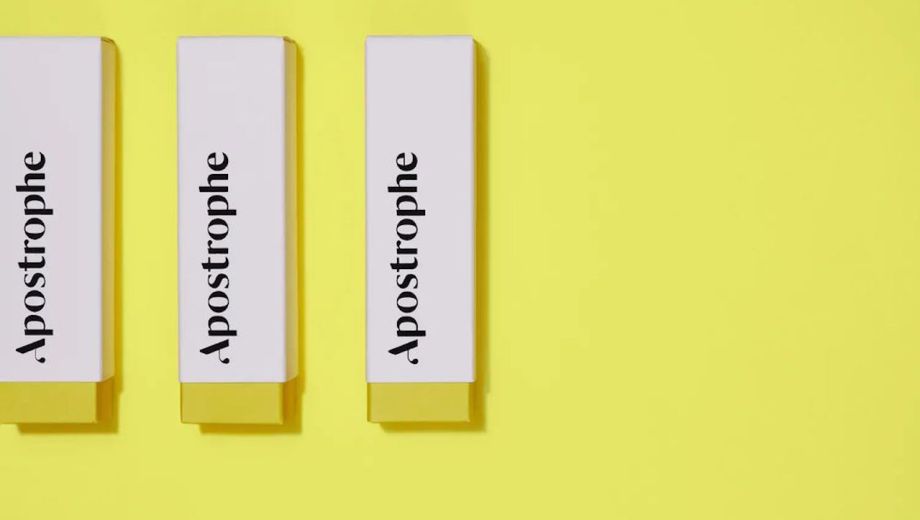 Teledermatology company Apostrophe is fighting back against the clean beauty industry.

On Tuesday, Apostrophe debuted a revamped look on its website, complete with an updated tone and mission, with the intention to push back against skin care misinformation, particularly around the clean beauty narrative. At the same time, Apostrophe launched a 6% hydroquinone lotion, made to lighten acne hyperpigmentation and melasma. Hydroquinone is a commonly used ingredient to lighten the skin, although Ben Holber Apostrophe CEO, said it is not intended nor marketed as an all-over lightening treatment for the complexion.

Apostrophe operates similarly to other teledermatology brands like Curology, Hers/Hims and Musely’s FaceRX by offering online dermatology visits, and generic prescription topicals for issues like acne, anti-aging, hair loss and rosacea. Latisse eyelash growth serum is also a product it prescribes, and is its only branded product.

“We are proud that our products are made in a lab and not in a garden, and we believe in the power of chemicals and the credibility of these medications that have been around for years,” said Holber.

Apostrophe’s homepage features a ticker-tape banner that leads people to the brand’s “Philosophe” mission statement, which calls out products like “skinny teas” and the prolific use of the word “toxins” in beauty products as aspects of health and beauty misinformation. It also calls out the defenestration of scientists and doctors as people of authority, in favor of experts who “blend skin care fact with skin care fiction.”

Apostrophe originally launched in 2012 as YoDerm, a platform for matching patients with dermatologists, before rebranding and pivoting its business model to Apostrophe telemedicine in July 2019, Since then, it has doubled its revenue and patient base every quarter; it raised a $6 million seed round in Dec. 2019, said Holber. Between the first and second quarter of 2020, Apostrophe reported a 145% growth in revenue.

Beyond the Philosophe page, Apostrophe also launched a digital publication called Slather that takes a science-focused approach to skin care with stories that look into the myth that your bloodstream absorbs 60% of your skin care products and more general information like a breakdown of the epidermis. Apostrophe’s focus will be on new patients to teledermatology, who tend to be in their 20s, said Holber. Apostrophe advertises through Facebook and Instagram, with its ads focused on the online convenience of topical prescriptions.

Apostrophe’s stance arrives amid a larger fraught conversation around the nature of truth and who should be arbiters of it. Within the beauty industry, brands have engaged with influencers who peddle both products and conspiracy theories, while in the larger landscape of social media, ad-dependent platforms like Facebook have been criticized for not enforcing its policies on hate speech and misinformation, prompting advertiser boycotts. Clean beauty itself is regarded as problematic, if not controversial, due to the lack of industry standards and definitions.

Clean beauty originated as a marketing ploy, according to Perry Romanowski, a cosmetic chemist who has worked as a formulator for beauty brands like St. Ives and Tresemmé, and is the founder of the cosmetic chemist resource website Chemists Corner, among others. He said that in the late 1990s, the idea of natural cosmetics gained traction with brands like Burt’s Bees and Tom’s of Maine, but the problem with natural products is that they’re not efficacious. Marketers adopted the idea of clean beauty from the natural food movement and consumers latched onto its compelling narrative, he said.

That narrative has taken off with lightning speed over the last decade, although it can be difficult to measure its market size due to a lack of a comprehensive definition of clean products. But, its impacts have been felt in every part of the beauty industry, with many brands, like Clean Beauty Collective, feeling compelled to remove parabens despite believing they are not harmful. Other brands like Beautycounter have gone so far as to advocate for more clean beauty legislation, saying the existing Food, Drug and Cosmetic Act of 1938 does not regulate the beauty industry enough.

“Cosmetics are not natural — there’s no shampoo bush to make shampoo from — so you have to chemically process them to make them,” he said. “That’s where clean beauty came in. Clean beauty [brands] said, ‘We’re going to say some synthetic ingredients are good, but some are bad.’ Clean beauty is about picking the good stuff that is synthetic, but mostly natural, and is a way to make products that work but also have the allure of being [seen as] natural.”