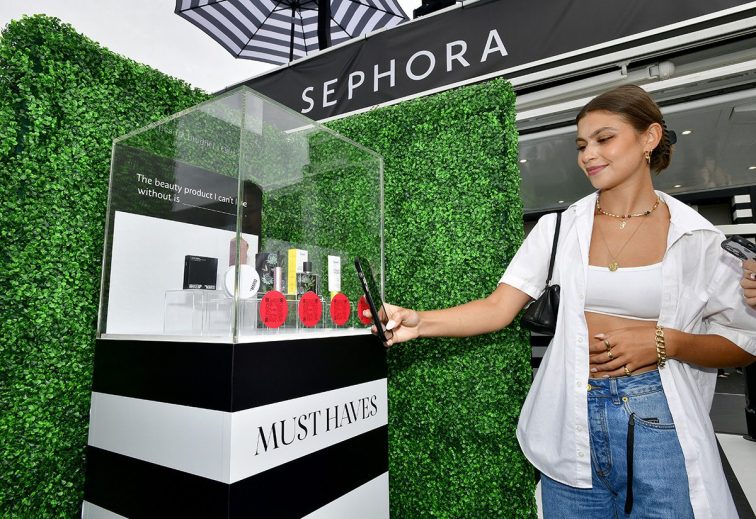 Sephora has proven to be a not-so-secret weapon for Kohl’s, according to the retailer’s second-quarter sales results released Thursday.

During its earnings call, Kohl’s announced that all Kohl’s doors will now offer a Sephora shop-in-shop, the first of which landed in Aug. 2021. Part of the expansion was already planned, specifically adding another 250 shop-in-shops to reach 850 locations by 2023. Those locations feature a dedicated 2,500-square-foot space. But now, based on the partnership’s success, a smaller footprint concept will extend to the remaining 300 Kohl’s stores. Additionally, Kohl’s is testing buy-online, pick-up in-store for purchases made on Sephora.com and picked up at Kohl’s. And Sephora customers can now use their gift cards at Kohl’s locations, regardless of where the gift card was purchased. Kohl’s projects that Sephora at Kohl’s will grow to achieve $2 billion in annual sales by 2025.

This expansion is especially noteworthy given the second-quarter earnings results for Kohl’s, which showed that comparable sales decreased 7.7% and net sales decreased 8.5%. According to the company, this was largely due to supply chain challenges that inhibited the retailer’s ability to stock its shelves. The department store revised its full-year sales expectations, now expected to decrease 5-6% from 2021. In May, Kohl’s had said full-year sales would be flat or a modest increase of 1%. Additionally, the retailer said shoppers are making fewer trips to stores, spending less money per transaction and opting for more of Kohl’s less-expensive private brands.

Two-hundred Kohl’s stores that opened Sephora shop-in-shops over the last twelve months saw a “high single-digit” percentage sales increase, compared to stores without Sephora. The other 400 stores with shop-in-shops experienced a “mid-single-digit” sales increase. From a product perspective, top-selling Sephora brands at Kohl’s are Too Faced, Nars, Charlotte Tilbury and the Sephora Collection. Kohl’s has gained 1 million new customers thanks to Sephora since launching in Aug. 2021. Michelle Gass, CEO of Kohl’s, said that was “encouraging,” given the shop-in-shops opened in less than half of Kohl’s locations.

“The new customers are younger and more diverse and shop more frequently than our average customer,” said Gass on the earnings call. “The vast majority of Sephora’s business impact is still in front of us.”

Later this year, Kohl’s and Sephora will “significantly expand” their holiday gifting assortments and increase their marketing investment by an undisclosed amount, positioning the 600 stores with Sephora at Kohl’s and Kohls.com as significant traffic drivers during holiday.

“For such a big endeavor, our partnership with Kohl’s has been executed extremely well and has delivered incredible results thus far, and there is so much potential to this partnership with the addition of 400 stores that have opened this summer,” said Jean-André Rougeot, CEO of Sephora Americas. “With a significant number of new Beauty Insiders, including the successful re-engagement of clients and holiday shopping ahead, the reality is that one-year results are very encouraging, but this is just the beginning.”