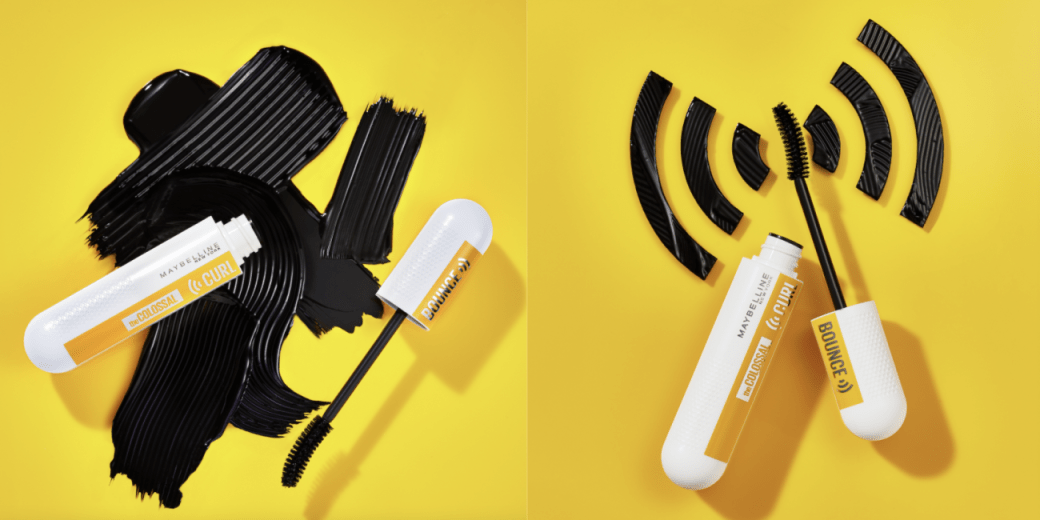 Maybelline’s latest addition to its extensive portfolio of mascara called is Curl Bounce. According to the brand’s marketing, it was “inspired” by Gen Z.

That’s obvious, when considering the packaging alone — especially when comparing it to that of its Sky High mascara, which went viral this time last year. Sky High was packaged in a traditionally shaped container with a shiny pink exterior. Curl Bounce is white and yellow, which points to the shift in packaging aesthetics for products targeting Gen Z. The mascara was available at select retailers in December 2021, but the official nationwide launch was January 1.

We spoke to Jessie Feinstein, svp of U.S. marketing at Maybelline, about how the brand went about targeting a younger generation.

How was this mascara designed to appeal to Gen Z?
“The Curl Bounce mascara was created as a direct response to Gen Z’s lash needs. As the most diverse generation yet, their lash concerns are different. With Gen Z, we saw two frustrations rise to the top as issues they over-index in, compared to the general mascara population: lashes that are too straight and lashes that don’t hold a curl. So, Curl Bounce’s brush was designed to separate every lash and the formula was made to hold the curl in place all day.

What does Gen Z want from a mascara, according to your research?
“Most mascaras tend to provide volume as a [selling] point — but curl, separation and buildability really rise to the top for Gen Z as preferred benefits. Indirectly, we’ve also seen the lash procedure segment, including lash perms, growing. That led to the conclusion that mascara users who can’t get the look they want are resorting to more extreme measures. Knowing that procedures are time-consuming and expensive, we delivered a way to skip [them].”

How did you promote it?
“True to the music theme, we worked on a pre-launch campaign with iHeart surrounding Jingle Ball. And when choosing influencers, we focused on TikTokers where a majority of them were Gen Z. Rather than working with fewer, larger influencers, we expanded to include various micro-influencers and genders, as well. One notable Maybelline partner who gained traction during the pre-launch phase was @rachelrigler (881,000 TikTok followers).”