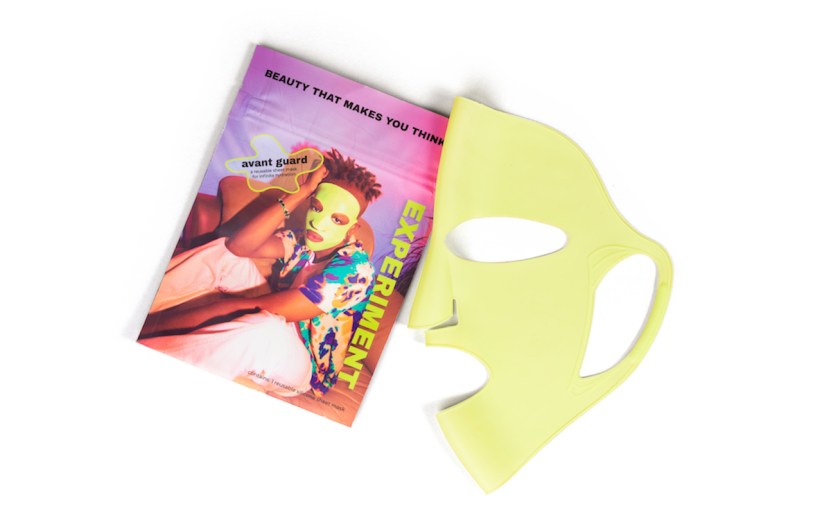 In 2014, Into The Gloss — a beauty website best known for its “Top Shelf” franchise — launched Glossier, a small collection of four beauty products. The packaging was sparse: white with black lettering and touches of a pale pink, that would later be dubbed “millennial.” The fonts were, exclusively, sans serif, and the vibe, minimal and aspirational. The Instagram feeds were immaculate. Endless lookalikes followed.

Six years later, millennial pink and fake perfection is officially out of style. The U.S. endured a Trump presidency that ended with an attempted coup on the Capitol, and it’s now approaching a full year of living with a global pandemic. Gen Z, a generation born for the most part into a post 9/11 world, has lived from one crisis to the next. They are too exhausted to care about curating an Instagram grid.

According to Lisa Guerrera, a 25-year-old who counts herself as a “cusper” (in between millennials and Gen Z), the aesthetic that resonates with Gen Z can be viewed as a response to world events. It’s “very loud and bright,” she said, though she’s quick to note that it’s “not in the, kind of like, traditional bright pink, bright colors type of way. It’s kind of subversive,” she said. “It’s a messy, casual vibe. It’s very raw.”

Guerrera is the co-founder of Experiment, a brand that, for now, offers one product: a reusable, acid green silicone sheet mask, which is (for now) available on the brand’s own site. That shade of green could perhaps be called the opposite of millennial pink. Of course, it speaks to Gen-Z values in other ways, too: It provides a sustainable, endlessly reusable alternative to single-use sheet masks.

Experiment’s branding was, in part, a reaction to a white space Guerrera saw in beauty. Brands were not speaking to Gen Z in their language or using their cultural references. For example, they weren’t pointing to Billie Eilish or breaking from the overly curated appearance of traditional Instagram feeds. To Guerrera, the right language and references are indivisible; Gen Z’z language is radically open and saturated with internet culture and humor.

It’s an opportunity Larry Milstein seeks to help brands capitalize on as the co-founder of PRZM, a marketing agency that calls itself “your Gen-Z partners in crime,” and that has worked with clients including American Express, Sotheby’s and American Ballet Theatre. Milstein, who is 26-years-old, identifies two types of nostalgia that he believes are central to the Gen-Z aesthetic and general vibe. “What you’re now seeing is a new wave of brands that are embracing a much more maximalist aesthetic. They are not shy about being bold and colorful and voice-y. They reflect this Gen-Z yearning for the early days of the internet, when things were a little less sinister,” Milstein said. It looks like early WordArt and internet typeface. After all, he said, “Paris Hilton is back.”

On the other hand, Milstein said there’s Gen-Z nostalgia for a time long before there were even born. “Gen Zers are gravitating toward things that feel a little bit anachronistic,” he said. Even if it’s as simple as going back to serif font. “We want a little bit of that sense of nostalgia and comfort, because everything being super utilitarian and super technocratic is just a little bit too cold for this moment. We want something that feels a little bit more human.”

In the same vein, the brands that resonate with Gen Z are “not talking down to them.” So, how does a brand successfully communicate with Gen Z? “You do it in a way that speaks to how we communicate online, whether it’s through memes or humorous imagery, or just being a little self-effacing and not taking yourself too seriously,” Milstein said. To boil it down: “The Instagram aesthetic came of age with Instagram, and now we’re seeing the maturation of the TikTok aesthetic.”

It’s important to note, however, that the bold colors are not just bold for the sake of it. The boldness represents a willingness to take a stance on things, another non-negotiable for the Gen-Z consumer. The most successful brands engage with current events. In fact, not doing so isn’t really an option. The connection is perhaps more explicit than it might seem. The branding that resonates with Gen Z is less curated than the millennial branding that preceded it. Milstein called it an “embrace of a healthy mess.” The resulting look, he said, sends a signal of “inclusivity and representation,” a message that this isn’t a brand that’s “going to push someone away” because they don’t conform to a certain beauty ideal.

Speaking of inclusivity, it’s another reason for the departure from all the pink and a driving force in the look of skin-care brand, Evenprime (sold both on its own site and Amazon). The products are not decked out in bright, bold colors, but they instead feature typography inspired by old-school video games, another nostalgic nod. In doing consumer research, Evenprime founder Koh Kim discovered that, for the under-25 demographic she spoke to, “gender didn’t play a role in whether or not they’d have a skin-care routine.”

Though Alisa Metzger is not a member of Gen Z, that would likely come as a surprise given the look and feel of the brand she co-founded, Inn Beauty Project. Metzger is a beauty industry veteran, who astutely observed a space for a certain kind of skin-care brand that did not yet exist.

“‘Clean’ was so synonymous with simple, white packaging, a green leaf and [being] super expensive, and we went in the complete opposite direction.” The brand was designed, she said, for people “who want to stand out.” So, that meant “bright pinks and yellows and neons and blues, and colors that you typically do not think of when you think of a ‘clean’ brand.” Of course, Metzger recognizes that packaging is only half the battle. “We often hear, ‘Wow your packaging is so bright and fun. I want to know more,’ so it helps draw people in—but it’s not just bright and fun. We’re equally thoughtful about what’s in the bottle, and it works.”

Notably, Inn Beauty Project and Experiment are far from the only examples of this emerging aesthetic. To see different combinations of these Gen-Z factors in action, one need not look further than buzzy brands like Starface, Rosen, Topicals and Bubble.

Echoing Metzger, Guerrera identified a series of “pillars” that suggest a brand is in-tune with Gen Zers. The first is efficacy. “We know that Gen Z is the smartest beauty consumer ever. They’ve grown up with more information than any of us had about skin care.” And yet, they also want simplicity and accessibility, and they’re concerned about sustainability. “No brand should underestimate the amount that Gen Z cares about this issue,” she said. And it is not the only political issue that is on their radars.

“With Experiment, we have an opportunity to put our stake in the sand and be more political and more outspoken, and have an opinion on things. That’s what Gen Z is looking for — companies that are unafraid to take a stance on things in a world that’s so politically divided.” And last but not least, fun is crucial. Many “effective” brands take themselves way too seriously, Guerrera said. But Gen Z wants both the the efficacy and the excitement. “That’s why we made our aesthetic different and interesting, and kind of crazy.”