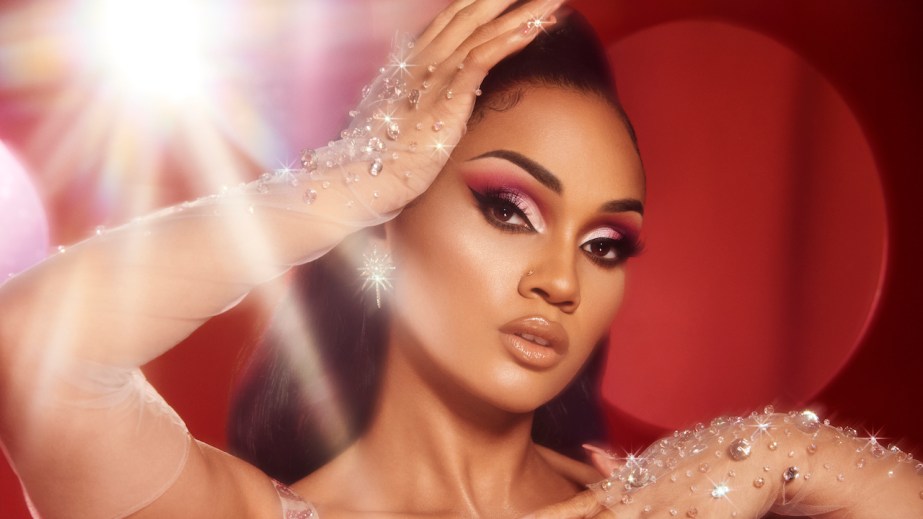 Gen Z is getting its reality TV fix online, and beauty brands are following its lead.

This is especially true of Morphe, which announced a partnership last week with Ashley Strong, the winner of James Charles’ reality competition “Instant Influencer.” After leveraging gifted product placement in the popular YouTube Originals show, which launched in April, Morphe enlisted Strong as the face of its new holiday capsule collection that went on sale online and in stores on October 15. This new promotion is the latest example of brands’ marketing adaptations for Gen Z.

“TV is really moving to YouTube,” said Caroline Shin, the director of influencer relations at Morphe parent company Forma Brands. “We’re such a socially driven brand. We’re going to explore every content platform to really promote this. Ashley has a strong platform, as well, so we’ll be collaborating with her on tons of content.”

Product placement in the show gives brands “credibility,” said Lena Young, the communications director for influencer marketing platform Klear. Strong “has probably been able to connect with James Charles’s audience and then transition it to her audience, so you will have an extremely loyal audience that’s dedicated to this person and will trust them to promote this product.”

With one new episode a week, the four-episode makeup artist competition hosted by mega-influencer Charles has earned over 75 million views since premiering on his YouTube channel in April. The show has generated an estimated $20.5 million of earned media value for brands showcased, according to calculations by Klear. Ulta Beauty served as a sponsor for “Instant Influencer,” while brands and products featured in the challenges in a gifted capacity have included buzzy influencer favorites like KKW Beauty, Ofra, Anastasia Beverly Hills, Fenty Beauty and — not surprisingly — James Charles’ Morphe palette. Morphe’s director of global artistry Nicole Faulkner (aka LipstickNick) made an appearance as a guest judge in the show.

The show’s viewer numbers were heightened by cameos by celebrities and influencers, including co-star and Anastasia Beverly Hills president Claudia Soare (who goes by Norvina), Kim Kardashian’s makeup artist Mario Dedivanovic and Paris Hilton. Challenges include completing a drag makeup look, creating a product promo video, editing a video quickly and — in a self-aware nod to the drama that swirls the beauty YouTube world — creating a tearful influencer apology video. But that drama is surprisingly free from “Instant Influencer,” despite the traditional “I’m not here to make friends” plot line that is a staple of most other reality shows.

Reality shows are not a new outlet for brand marketing. “Ru Paul’s Drag Race,” for example, has worked with multiple makeup sponsors over its 12 seasons, including MAC Cosmetics, Kryolan, NYX and ColorEvolution. It has been sponsored by Anastasia Beverly Hills from its 7th season onward, with its 12th season running from February to May this year. Prior to this, “America’s Next Top Model” had sponsorships from Revlon and Sephora, as well as a longstanding partnership with CoverGirl.

In a sign of the times, CoverGirl’s reality show sponsorship shifted online in 2018, when the brand partnered with Allure to host its own beauty reality competition on its YouTube channel.

“We’re definitely seeing a shift, that more brands are investing more in this type of activity,” said Noam Avigdor, the co-founder and CTO of Klear. “Beauty brands, which sell a lot online, are seeing an even bigger impact on social media, and people are going to social media more.” He noted that “it makes perfect sense to release” a show like this “at a time that people are more involved in online shopping for beauty products.”

These shifts help brands reach Gen Z, which is a “cord-never” generation, according to marketing research firm YPulse. This means that their entertainment consumption is even more digital than that of the “cord-cutting” millennials. According to a 2019 survey by the firm, YouTube is Gen Z’s top media source, with 76% of Gen-Z respondents saying they watch it at least once a week. In contrast, traditional cable TV is ranked in sixth place, with only 18% of Gen Z watching it at least once a week. This is lower than the percentage consuming video content on Snapchat (27%) and Instagram (35%) in a week.

Gen Z is also especially interested in following influencers, and James Charles remains one of the leaders. His audience grew from 18.4 million followers in April to 22.6 million in September, according to influencer marketing platform CreatorIQ. His audience is heavily Gen Z, with 56.9% of his followers being ages 18-24, based on CreatorIQ data. In addition, 84% of his followers are active on a monthly basis and his engagement rate is above 7%, which the firm classifies as “excellent.”

Other beauty influencers are also earning tens of millions of views in new reality show formats. Nikita Dragun — who is a guest on episode 3 of “Instant Influencer” — earned over 20 million views on her Snapchat show launched in March this year.

According to Shin, influencer marketing is part of Morphe’s “core DNA” and is especially important going into a holiday season when many activities remain halted due to the pandemic. “Influencer marketing is key during this time because, more than ever, our customers and everyone who are totally dedicated to beauty are watching content and just looking for some inspiration,” she said.

As a result, brands can expect to see more of this format in the future. James Charles’ show has been renewed for a second season. Other online platforms are offering similar beauty competition reality shows, such as “Glow Up,” which was acquired from the BBC by Netflix in 2019 and aired its second season in 2020.

“We work so closely with YouTube influencers, and it’s such a priority for us, we’ll always be paying attention to what’s next,” said Shin.