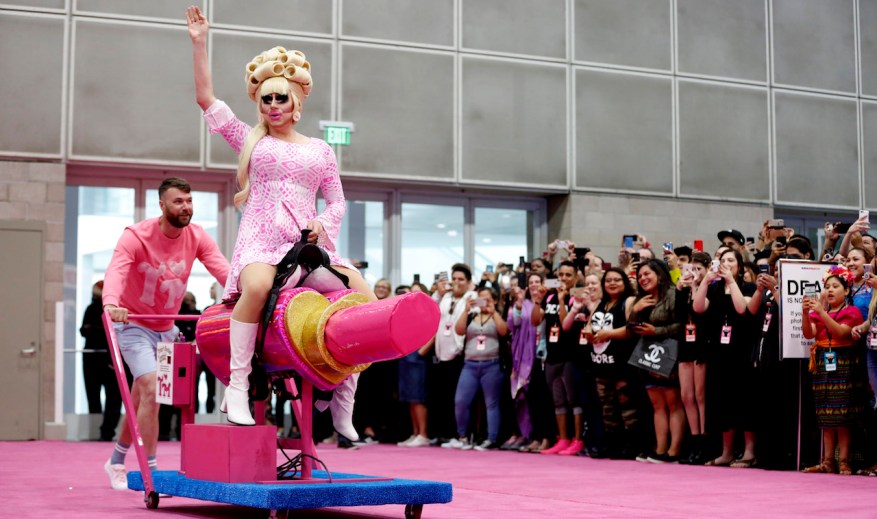 Beauty brands are tapping RuPaul’s DragCon to expand their audience

From Beautycon to Sephoria to QVC’s Beauty Bash, beauty festivals are a dime a dozen these days, but that doesn’t mean they don’t provide brands with ample opportunity, especially those with ultra-engaged audiences. RuPaul’s DragCon is one such example.

This year’s three-day event, which kicks off on Sept. 6 in New York City, will feature more than 50 beauty exhibitors, like Mally Beauty, Manic Panic and Trixie Mattel cosmetics, and a custom sponsorship with Wet N Wild Beauty. Wet N Wild’s partnership with production company World of Wonder — the firm that puts on DragCon and the “RuPaul’s Drag Race” show — not only involves sponsoring the entire event and teasing an exclusive 40-shade palette that will launch on Black Friday, but it also includes collaborating on an original, eight-part branded series that will air on World of Wonder’s YouTube channel WOW Presents. World of Wonder expects more than 100,000 attendees at DragCon NYC and Los Angeles, and WOW Presents has 1.3 million subscribers.

DragCon has seen 615% year-over-year growth in beauty vendors and sponsors; when the event debuted in 2015, only eight beauty companies presented. But beauty brands are increasingly seeing its value. DragCon drove more than $8.2 million in on-site sales in 2018, and 93% of attendees purchased merchandise valued at $200 or more. Vendor activations begin at $1,000 and range upward, though World of Wonder would not disclose the cost of the highest tier. Fenton Bailey, World of Wonder co-founder, said Wet N Wild’s sponsorship is its first partnership combining both of its hero properties, DragCon and WOW Presents.

“This is a peak moment for beauty, and when you step back, what better advertisement for beauty than drag queens?” said Bailey. “The art of painting a face with a drag queen stress-tests the best beauty products.” RuPaul’s own next beauty collaboration, with Mally Beauty, debuts on QVC in September. He previously designed a collection with Colorevolution and fronted MAC’s Viva Glam campaign.

Fenton said that, in the past, some beauty brands considered drag queens and DragCon “too hot to handle” and on the margins of beauty, but large companies like NYX and Wet N Wild now see the ripe opportunity. The event’s core demographic are 18- to 34-year-olds, with 60% female attendees and 40% male. About 60% of DragCon’s audience identify as LGBTQ and 40% as heterosexual.

Wet N Wild has never previously participated at DragCon but sees the festival as a way to increase awareness and also shift from being a retail brand to an omnichannel brand, said Nicole Heyl, vp of marketing at Wet N Wild Beauty.

“We wanted to create something within another ecosystem,” she said. “We have had a pretty limited experiential footprint, and this is the first time we have partnered on an event in an integrated way and looked at episodic content and experience holistically. A lot of of those other festivals are geared toward sampling.”

Heyl was particularly drawn to WOW Presents’s reported six-minute average viewing time and 5 million views a week on digital. In the last year, Wet N Wild has organically been featured in LGBTQ-friendly shows like “Pose” and “A Black Lady Sketch Show,” which made DragCon a timely fit.

World of Wonder has not previously worked with a beauty brand on video content, though it did do a mini-series with Pepsi timed to June Pride. To tie the series back to DragCon, both companies will conduct a social and digital casting call beginning on Monday. One DragCon NYC ticket-holder will win a makeover with RuPaul’s personal makeup artist, Raven, and be featured in the the first episode of the collaborative series, which will be filmed at the festival. The story lines and products featured are not scripted, said Heyl, but they’re instead based on Raven’s discretion and tutorials. That digital is the focus is paramount, said Fenton. DragCon New York garnered 687 million impressions in 2018.

“RuPaul was the first drag queen associated with beauty, with MAC in the ’90s,” said Fenton. “What DragCon and ‘Drag Race’ represent is something for everyone, and whatever the platform, we have a seat at the table.”