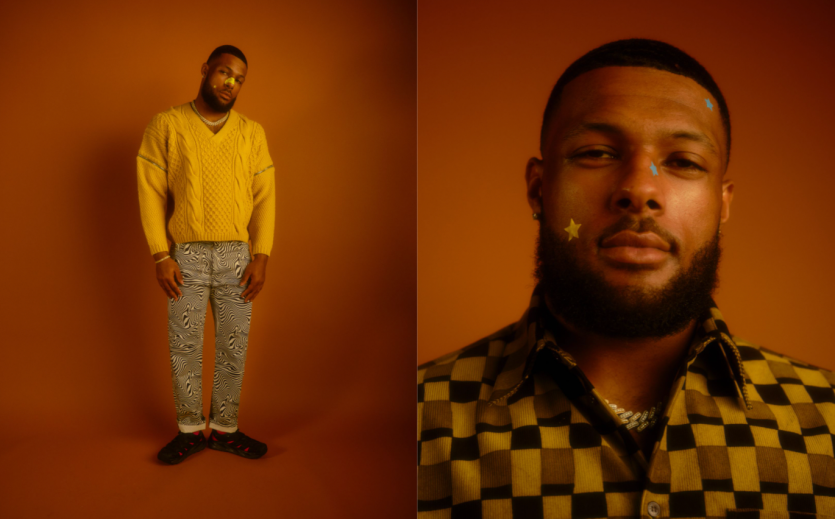 Football player Kayvon Thibodeaux is the new face of Starface

Male celebrities and influencers are slowly but surely carving out a space for themselves in the beauty industry. From the rise of the male manicure (led by celebs like Harry Styles, Lil Yachty and Machine Gun Kelly) to the growing arena of male beauty influencers, men are, finally, taking ownership of — and perhaps even pride in — basic self-care and grooming.

This is, of course, good for brands, as it opens the doors to marketing to many more people. It’s also good for men, particularly those for whom society had led to believe that something as simple as washing one’s face is emasculating.

We’re already seeing the impacts of the former. Case in point: Starface has tapped college football player Kayvon Thibodeaux (88,000 Instagram followers), who is projected to be a top pick for the 2022 NFL draft, as a spokesperson and partner. The 21-year-old is a recent alumnus of the University of Oregon, where he played for the Oregon Ducks. He is now also a shareholder in Starface, which launched in 2019.

“Kayvon embodies everything we value at Starface,” said Kara Brothers, president and general manager of Starface. “He is unapologetically and uniquely himself, and shares our excitement to destigmatize and alleviate some of the challenges of being a young person today, acne included.”

And while female athletes have picked up beauty deals for some time and male celebrities have often served as spokespeople for cologne or expensive watches, seeing a well-known athlete front a skin-care brand is still uncommon. So, we asked Thibodeaux about how he got into skin care and how it feels to be a football player promoting a brand known for its star-shaped pimple patches.

How did you get into skin care?
“Well, I hit puberty kind of early, and fifth grade was when the acne took off. And it was bad, because middle school was when I started liking girls. I realized that acne was not a way to get girls, so I had to clean that up. And I played football, where you’re constantly wearing a helmet, and the helmets don’t get cleaned, and I don’t know too many guys who clean the helmet. It’s super sweaty every day. So I had to figure out how to keep my face clean, and how I was gonna look good, feel good and play good.”

What did you do to take care of your skin back then?
“I just washed my face! There were a lot of ads for skin-care companies. I used Neutrogena way back when. I didn’t really have any other routine; I wasn’t really educated on what to do for my skin.”

Do you think that things are changing, with regard to there being more acceptance of men having a skin-care routine?
“Yeah. There was an idea that it was more feminine to care about your hygiene. But now I feel like it’s becoming more universal.”

What’s been the response from fans about this partnership?
“The fans love it and the concept of Starface. There isn’t a ton of awareness of skin care amongst football players, and there aren’t any skin care companies that target athletes. I don’t know why; you would think that’s a common target market. I feel like I’m more bringing awareness to it. Anyone who sees me wear the stars asks about it — and I’ve given the stars to my family and I explain what they do.”

Can you tell me more about this partnership and how it came about?
“My partners really came to me with this idea — I had never heard of Starface previously. When I did, and I started to use the products, I found that I really aligned with not only the products themselves, but also the people who run the company. We had an initial call, and I felt like there was a mutual agreement that the athlete space was an untapped market.

I told Starface about my plans to help youth [with their skin]. When you get people early, you create consumer loyalty. For most athletes, their biggest fans are children — so when you teach them the importance of taking care of their skin, it will have more longevity.”

Nowadays, I’m guessing you have a more involved routine than just washing your face. What do you do?
“Oh, yeah! Now I hydrate — I never like to have my face feel dry. I wash it, I hydrate it, and if I get a blemish, I’ll put a star on it. I try to keep my skin healthy and be proactive instead of reactive.”

Have you inspired any of your friends to have a skin-care routine?
“Yes, they are getting on this train of skin care because they’re seeing that it actually doesn’t take as much as you think. Back in the day, the biggest thing we saw on TV was, like, Proactiv — they made it seem like it was such hard work. You have to get a membership, you have to do so much to take care of your skin. But now, I feel like it’s really simple. Easy. Simple is always better.”

What have you learned about skin care?
“I learned that you can do too much to your skin. Everybody’s skin is different, so it’s about finding your happy medium. You don’t want to scrub your face too much or apply too much moisturizer; you always want to do just enough. So I was sort of going through those trials and seeing how my skin reacts to certain things.”

What’s your favorite Starface product?
“I like Space Wash [Foaming Facial Cleanser]. I like how it makes my skin feel, I love the fresh sensation. Because I play football, I take care of my hair, as well. So if I moisturize my hair, the sweat will make it come down on my face and make it look greasy. So it’s great to be able to really clean my pores.

The [Moisture On Mars] Moisturizer is really great, and the patches are really fashionable. People don’t really pay attention to them, and you can really wear them with anything in any place. It looks good, it looks better than a pimple.”