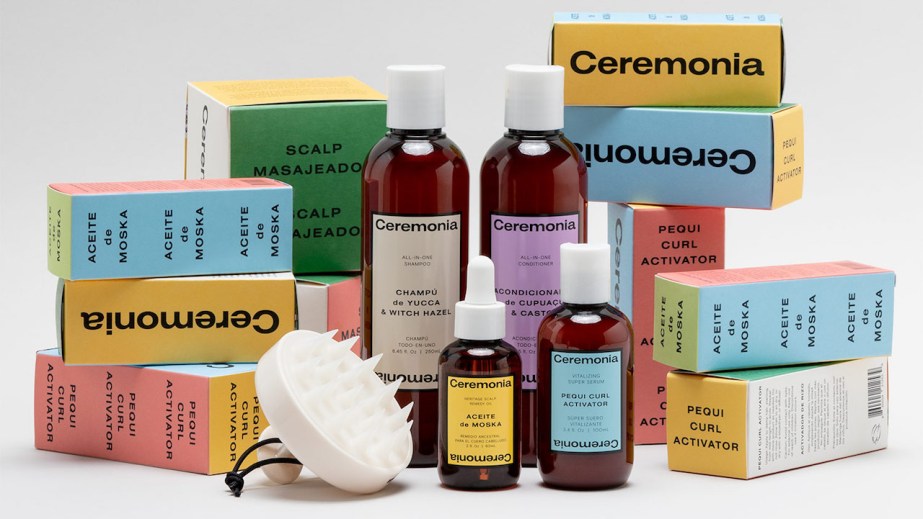 As one of 58 Latina founders to ever raise over $1 million in VC funding, Ceremonia founder Babba Rivera is focused on building momentum.

Earlier this month, the brand announced a $2 million seed round with investment from top DTC brand investors including Silas Capital and Beliade. Also joining the round but not announced in the initial release is Black Jays Ventures, which has invested in well-known DTC names such as Quip and Naadam.

“When you’re fundraising, you really need momentum,” said Rivera. “A lot of times, companies tend to go out and raise money when they’re running out of capital.” In total, Ceremonia has received $3 million in funding, including an earlier pre-seed round in the summer of 2020. The brand surpassed $100,000 in revenue in the first quarter of doing business. “Ideally, you want to get that first confirmation or sign of validation, in order to get the momentum going for the rest of the investors to get on a timeline and jump on the deal,” she said.

Initially launched with a hair oil, the DTC brand has been using its capital to roll out a wider line of hair-care products with female Latinx consumers in mind. It now has a shampoo, a conditioner, a curl cream and hair accessories. It is also currently in “exciting conversations” about a potential retail launch, said Rivera.

She credits Ceremonia’s online community-building and crowdsourcing ideas for fueling its growth. The brand works with a group of 150 “insiders” to provide feedback on and suggestions for new products, and also frequently conducts Instagram polls with its over 28,000 followers.

Particularly successful sellers have been the brand’s scalp massager, which is its most popular product, and its Frida Headband inspired by Frida Kahlo.

“We wanted to connect with all kinds of Latinx personas,” said Rivera. “So we just started gathering Latinx people to talk about Latinx heritage and what that means today.” The insider group includes influencers, micro-influencers and customers who are offered lab testers during the product development process. “We’re really blurring the lines between commerce and community,” said Rivera.

The pre-seed round was an investment from female founder-oriented VC funds including the Female Founders Fund and SoGal Ventures. But female-focused funds can only go so far, said Rivera.

“Oftentimes, their funds are much smaller or their checks are much smaller,” she said. In addition, competition is tough: “All the female-founded companies naturally gravitate toward these VCs,” she said. “It’s actually very competitive to even get attention from one of these female-focused VCs, because all day they’re getting inbounds from other females just like you, trying to get their foot in the door of a VC.”

As a result, top firms need to take responsibility to contribute to closing the funding gap. “We definitely need more women on that side of the table, but we also need more men to step up and be allies.”

And, overall, VC culture needs to change. “A lot of VCs are aware that they should have a more diverse portfolio, and maybe they will take the meeting with someone that is of color [more often] than they were before. But when it comes to the evaluation of whether they want to invest or not, there are many VCs out there that are still very much stuck in their idea of what success looks like,” she said. “If they’re just trying to replicate success from the past, they’re just going to continue to fund white male founders that went to Yale or Harvard.”