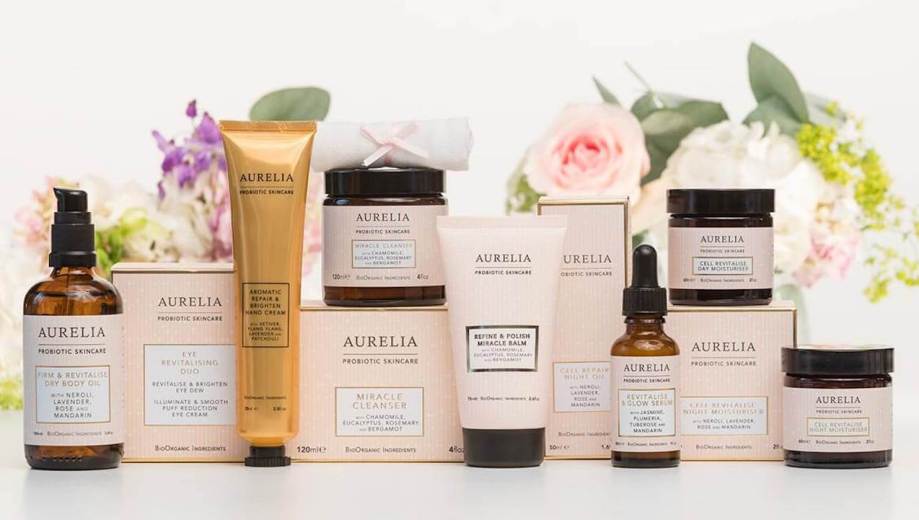 Aurelia launched in 2013 and sells a lineup of body care, children’s skin care and anti-aging skin care. It is currently distributed through Net-a-Porter, SpaceNK, and Barney’s New York. The brand declined to site annual sales or growth, but reportedly earned $1.5 million in 2015 and experienced 300% sales growth between 2016 and 2017. H&H Group currently has four other vitamin and supplement brands in its portfolio: Biostime, Swisse, Healthy Times and Dodie. It expects to generate $2 billion in revenue by 2020, according to The San Diego Business Journal.

“Today’s announcement is the result of the strong execution of our strategic vision that builds on our probiotic legacy and is an exciting development for [the brand], our retail partners and our customers,” said founder Claire Vero.

Aurelia’s acquisition comes at a time when many other British beauty brands have been hot subjects for purchase: Elemis was acquired by L’Occitane in January and This Works was acquired by cannabis company Canopy Growth in May.

Distribution for the brand will continue to be U.K.-based, for now, and Vero will play a “leading” role in R&D and new product development. Aurelia will expand further into wellness in 2020, according to Antonia Knox, head of content for Aurelia. She declined to elaborate, but a new stress-relieving pillow spray is slated to debut in September.