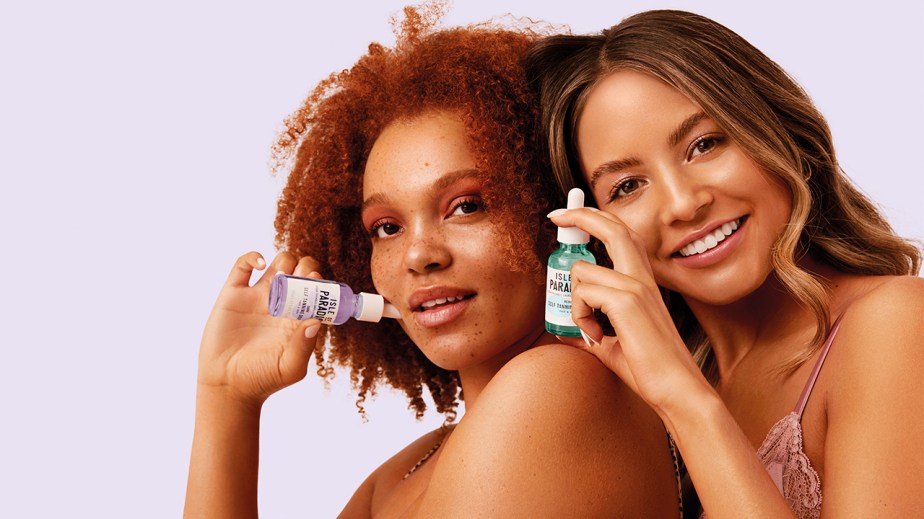 With a message of self-confidence, Isle of Paradise earned legions of beauty reviewers

Stay-at-home orders and the overall downturn of the U.S. economy caused many consumers to change not only their spending habits, but their daily beauty routines. In this midst of this transformation, two-year-old indie self-tan brand Isle of Paradise — the brainchild of celebrity spray tan artist Jules Von Hep — positioned its hero product at the top of consumers’ shopping lists.

What forged Isle of Paradise’s path to success in 2020? The answer doesn’t lie within a celebrity ambassador program or six-figure marketing budget, but instead in the brand’s founding ethos and core values — self-love in a self-tan bottle.

Isle of Paradise took a stand for consumer emotion

Since the beginning, inclusivity and positivity have been ingrained in Isle of Paradise’s DNA. From being the first self-tanning brand to feature a plus-size model in its debut campaign, to founder Jules Von Hep’s continued advocacy of self-confidence and self-acceptance via Instagram — the brand stands for more than just gorgeous glow.

Today, more than ever, successfully engaging consumers is not only about marketing products, but building brands that stand for something customers can stand behind. People champion brands with which they can emotionally connect.

“We’ve helped create a narrative that encourages people to feel good in their own skin.” said Von Hep. “As a brand, we’ve always sought to bring happiness and self-love to people’s daily lives through products and content that inspires through positive purpose. It’s about glowing from the inside out  — and Isle of Paradise is doing just that.”

How TikTok and Isle of Paradise spread the glow

Isle of Paradise’s message of self-confidence, self-love and self-care took on a whole new meaning during the pandemic, a time in which people were craving connection, community, entertainment and education. And one place where its approach and its audience connected particularly well has been the Gen-Z-dominated platform TikTok.

Taking their own initiative, thousands of TikTok users from around the world took to the app to create organic, real-time and honest “glow-up” video reviews, sharing first-hand their positive experiences of how these drops of glow worked on many different skin tones. These videos helped the brand to go viral, and also served as a fun and informative way for real consumers to educate a virtually untapped consumer base and help eliminate self-tanning fears.

And the results were just as positive as the brand’s messaging itself. Isle of Paradise earned the number-one spot among self-tanning brands at Sephora with over a quarter of a million Self-Tanning Drops sold in just six months, in 2020.

Not just a product of its time, Isle of Paradise creates a mindset

At the end of the day, Isle of Paradise recognized that while nothing is pandemic-proof, people continue to crave positivity and place a high value on brand authenticity. If beauty consumers continue to forgo makeup and focus on self-care routines, Isle of Paradise plans to continue spreading feel-good vibes through offerings like its custom self-tanning drops this year.

When the approach works, it changes not only consumers’ mindsets, but the brand’s bottom line. Indeed, Isle of Paradise experienced record-breaking sales during a time when many beauty brands were feeling the negative effects of the global pandemic. And that’s a lesson to “glow” on.