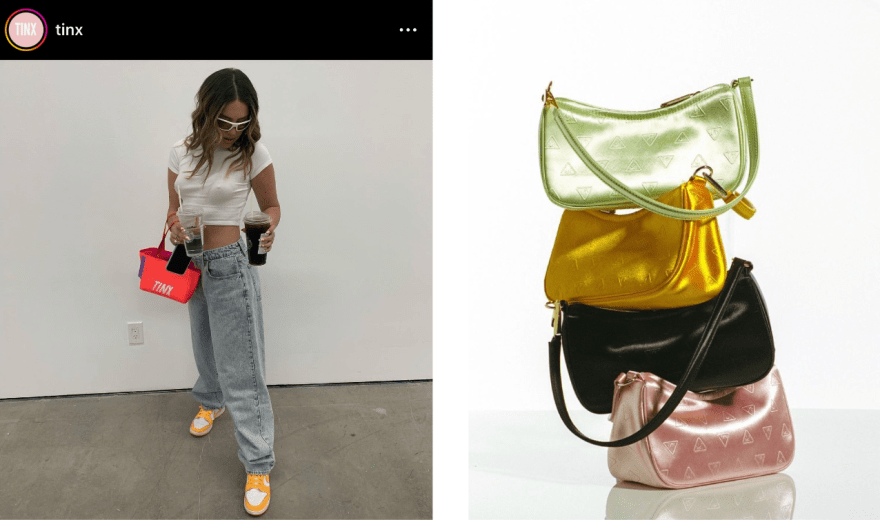 Edie Parker is known for its customizable acrylic clutches, favorites of chic brides and often seen on the red carpet. But since 2021, it’s been diversifying its bag assortment with a line of “Weedie Parker” styles. They are, technically, part of the brand’s Flower collection, a high-design assortment of cannabis accoutrements launched in 2019.

“[We] make $1,000 handbags, and weed is not a natural extension,” said Brett Heyman, founder and creative director of Edie Parker. But, she said, she likes to introduce things that aren’t already on the market. “The clutches have always surprised and delighted. They’ve always been whimsical and colorful, and there’s an irreverence always.” She aims to bring those same qualities to Edie Parker’s home accessories, introduced in 2016.

“We started thinking about cannabis because of what was happening in cannabis, mostly on the West Coast at the time,” Heyman said referring to the continued growth of cannabis in the United States; recent Glossy reporting pointed out that cannabis still has not yet reached its peak.

At a fashion week event in September 2021, Edie Parker introduced “Weedie Parker” bags, at its most accessible price point for a bag style. The debut Bodega Bag still sells for $150, which includes personalization. Shoppers can customize bags with their name or other words or phrases. It’s now one of the brand’s top-five selling products, Heyman said.

When the Bodega Bag launched, the brand gifted it to celebrities and influencers, including known cannabis aficionado Kacey Musgraves and social media influencer Tinx. Tinx became such a fan that she requested the bag in a second color. Heyman said her endorsement drove a lot of attention and sales to the bag. Though the brand has done some paid marketing, Heyman said most traction has come organically. In August 2022, the brand introduced a smaller size, the Baby Bodega, with a crossbody strap, for $125.

“[The Bodega Bag is] the first bag we’ve made that speaks to both girls: It speaks to the Flower girl and it speaks to the [classic] Edie Parker girl, and that is where we see ourselves going,” Heyman said. “It’s a great bag at a different price point, with a subtle detail [of a ‘Weedie Parker’ tag] that is subversive — maybe you notice it, maybe you don’t.”

It’s a trajectory that’s clear when considering the brand’s recent launches: In November, it continued to add to its collection of non-acrylic bags with its sequined Spark Tote ($350), metallic tinsel Mini Grass Bag ($250), satin Smokin’ Shoulder Bag ($325), emblazoned with a cannabis caution sign, and satin Hit Bag ($295), which looks like the world’s most glamorous joint.

“Covid was not the best time to be selling $1,000 evening bags,” Heyman noted. “People were sitting at home in sweatpants. So if we weren’t thinking about diversification before, it certainly forced us to take a look at, ‘What is the future?'”

She added, “We’re bullish on cannabis, but we don’t want to abandon our handbags. So we were like, ‘How does it make sense to be an accessories brand with a focus on cannabis?'” Handbags had dipped in sales even prior to the start of the pandemic, but they began to make a comeback in 2021.

“Our existing Edie customer is shopping [the Weedie Parker bags],” Heyman said. “But we’re also reaching a new, younger customer who perhaps only knows us from our Flower line or who is waiting to buy an acrylic bespoke bag for a special occasion like her wedding.” 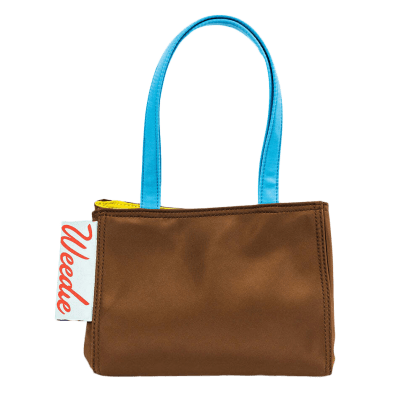 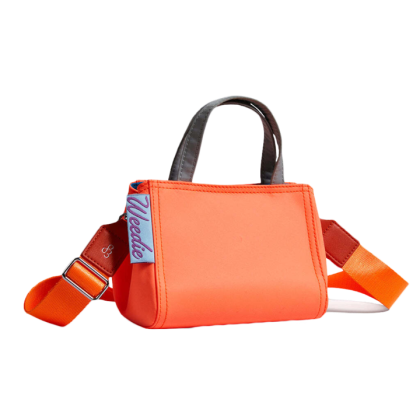 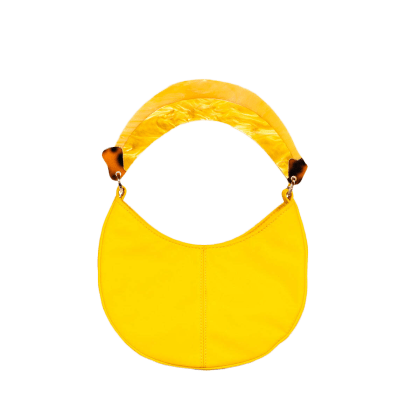 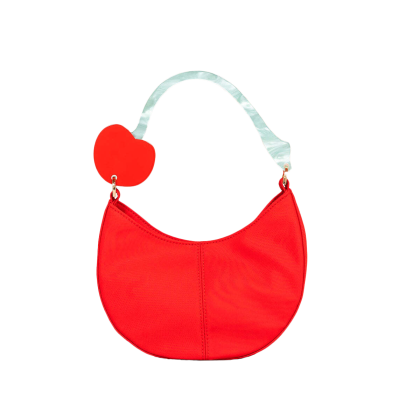