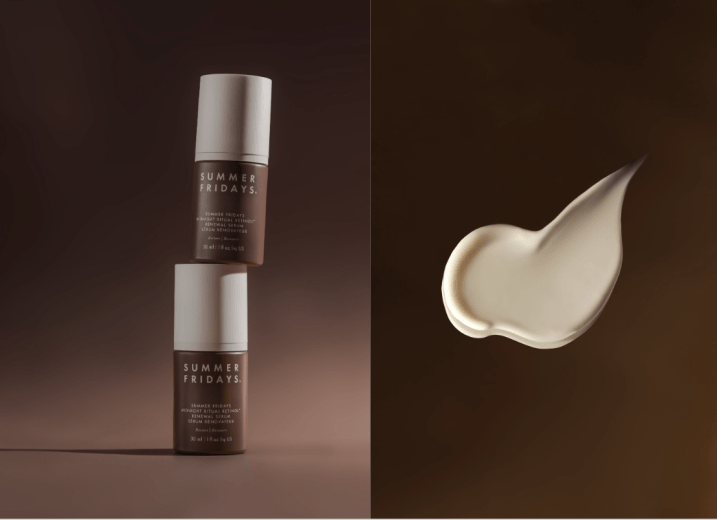 For the debut of its third serum, influencer-founded beauty brand Summer Fridays is trying a different kind of influencer marketing. On Wednesday, the brand launched Midnight Ritual Retinol, $69, at Sephora. Rather than focus on traditional beauty influencers, the brand has tapped six dermatologists to not only create TikTok and Instagram content around the new product, but also answer followers’ questions around retinol and help demystify the ingredient.

Summer Fridays, co-founded in 2018 by influencers Marianna Hewitt and Lauren Ireland, has achieved a rarefied status for an influencer brand, in that it is no longer primarily identified as such. That said, Hewitt and Ireland are bullish on the value of content creators.

“When we first launched, we had no marketing budget. We had to rely on our friends [including Kim Kardashian, Rosie Huntington-Whiteley and Jessica Alba], who were so gracious to support us organically; they shared the brand,” said Hewitt. “But now, all of our friends have brands, and the market is much different.”

She added, “We value what we bring to other brands, and we wanted to do that for other creators. In time, we were able to support the influencer community through sponsored content. We want to pay people for their work.”

A social media manager was the brand’s first full-time hire, in April 2018, Ireland noted. Now, it has a team dedicated to finding the best talent to work with and gift. “We don’t believe influencers are going anywhere. It’s just a question of: What platform [do we focus on]?” Hewitt said.

According to Kristin Patter, Summer Fridays’ PR and influencer director, the brand prioritized sponsoring content from dermatologist creators who had organically posted about the brand in the past. When someone already loves the brand, the partnership drives “true brand affinity,” she said. The dermatologists created informative content meant to educate the brand’s community about the efficacy and usage of the product.

Of the decision to launch a retinol, Hewitt said it was something the brand’s followers requested. Summer Fridays frequently leverages Instagram to ask its community what they want to see next. As its CC Me Vitamin C + Niacinamide Serum is a bestseller, the founders knew they wanted to introduce a nighttime serum counterpart. Hewitt is an experienced retinol user. Meanwhile, Ireland, a mom of two, has not regularly used retinol, particularly as pregnancies and breastfeeding are incompatible with the active ingredient.

“There are so many people who have either been hesitant to use a retinol or their skin is too sensitive for retinol, or they’ve been between pregnancies and postpartum and unable to use it. So we wanted to create a retinol that was highly effective, yet also gentle enough for either first-time retinal users or retinol users who were more sensitive,” Ireland said. She noted that the formula incorporates skin-soothing ingredients like tiger grass and oatmeal and is safe for sensitive skin. However, it’s still not recommended for pregnant women.

“We didn’t know when we named the product that Taylor Swift’s album would be called ‘Midnights,’ too, which worked out well for us,” Hewitt said.

The product’s campaign imagery “feels very Summer Fridays, but it also feels very different from what you’re used to seeing from us,” Ireland said. “We usually shoot with natural light, but we shot [this campaign] at night in Paris, around a ‘Midnight in Paris’ theme.”

As for what Summer Fridays typically feels like, she said, “It’s taking you someplace far away, even if you’re [using it] in your bathroom. … Even with a more serious product, there is always this sense of ease to our campaigns.”