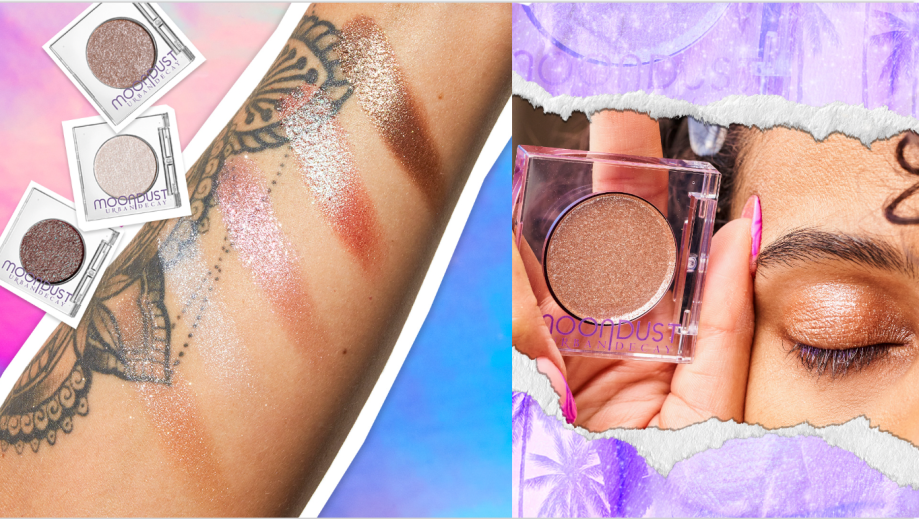 Glossy Pop Newsletter: A 10-year-old Urban Decay eyeshadow is back, thanks to Gen Z

In late November, Urban Decay’s Moondust eye shadow started to go viral on TikTok. Its virality wasn’t the source of one mega-influencer’s endorsement. It also wasn’t a buzzy new launch — Moondust first launched in 2013. Rather, according to Malena Higuera, Urban Decay’s U.S. gm, it was the result of a “perfect storm” of factors.

Moondust is a single pan eyeshadow. While millennials may remember its original packaging, which was silver and circular, it now comes in a clear square container. It comes in five shades. Space Cowboy, which has been around for all 10 years of the product’s lifespan, is the best seller. It is described in the brand’s copy as a “light champagne gold with silver sparkle.”

Moondust fits in with a number of trends and micro-trends bubbling up on TikTok, Higuera said, citing “vampire skin” (8.5 million views), “grunge glam” (1.5 million views) and the massive resurgence of Y2K (12.9 billion views). “We started seeing things like grunge glitter coming around. So we were like, ‘Wait a second, we need to reintroduce Space Cowboy,” Higuera said. She added that “grunge glitter” is basically a synonym for Urban Decay as a brand.

Moondust didn’t go viral overnight. In September, Urban Decay kicked off a campaign to promote its classic eye products from the 24/7 Collection. They included the 24/7 Eyeshadow, the 24/7 Moondust Eyeshadow and 24/7 Glide-On Eye Pencil. That included sending a mailer that included these products to its influencer list. Then, timed to Latinx heritage month, it sent another mailer, which also included its Moondust eyeshadow.

Simultaneously, the brand was doubling down on efforts to prioritize the BIPOC community, and specifically the Latinx community, as far as its influencer efforts go. It included Space Cowboy in a number of mailers to BIPOC influencers, and the product started to pick up in popularity. The hashtag #spacecowboy now has over 53 million views. “This was a SKU that was not even in a top-10 spot, and now it’s in a top five-spot, no matter the retailer,” Higuera said. As with any TikTok viral product, there are now countless videos demonstrating swatches of the colors, demonstrating makeup looks using them, and debating whether or not cheaper products are or are not good “dupes.”

In building and expanding its efforts with the BIPOC community, Urban Decay allowed its TikTok followers to weigh in on who should have a spot on its PR list, subsequently adding 1,000 BIPOC creators. “We started to stitch creators that were saying [they were not] feeling [heard],” Higuera said. The brand sent products to Black and brown creators who said they were excluded from PR lists.

Urban Decay first launched in 1996 and has a number of time-tested, cult-classic products in its current lineup. They include hits like its Eyeshadow Primer Potion, its All-Nighter Long-Lasting Makeup Setting Spray and, of course, the Naked Palette franchise, which started back in 2010. But with new makeup brands launching every day and the market more crowded than ever, more affordable brands like E.l.f. and newer brands like Kosas often get the lion’s share of Gen Z’s attention on TikTok.

According to data from digital trend-spotting agency Spate, the Urban Decay 24/7 Moondust line receives 9,400 searches in an average month, and interest in the line has grown 56 since last year. “In Moondust searches, Space Cowboy is the crowd favorite,” said Yarden Horwitz, founder of Spate. “Its popularity makes sense, with trends like silver eyeliner also on the rise, with 15.6% year-over-year growth in searches.”

She added, “Today’s beauty consumer loves subtle metallic touches, and the rise of Moondust shadows shows how brands can capitalize on new trends with preexisting classics.” It’s not the first time an old product has gained sell-out status thanks to TikTok virality — just look at Clinique’s Black Honey Almost Lipstick and Peter Thomas Roth’s Instant FIRMx Eye Temporary Eye Tightener. The #TikTokMadeMeBuyIt effect is still very real, and it works to introduce a younger generation to older products and brands.

Despite Space Cowboy being an older product, it feels timely. Glitter eyeshadows are perennially on-trend, and Moondust has a translucency that gives it a “wet” look adding to its trendiness. What’s more, sales of makeup — particularly glam makeup — have started picking up as people have resumed their social lives. According to NPD, in the 12 months ending November 2022, eye shadow sales in the U.S. were $565.2 million, an increase of 1% versus the prior year.

Unexpected virality on TikTok has become something that brands have to plan for — as much as one can plan for something that cannot be planned for. At Urban Decay, this has taken the form of something the team has dubbed a “Magic 8 Ball Fund.”

“Space Cowboy taught us a lesson,” Higuera said. “We now have a team that’s just focusing on trends — trend marketing (and responding to things as they happen in real time). Obviously our goal is to also be trend-creating. So now we’re thinking a little bit differently. [You have a team for what you plan for and then you have a team] dedicated to what you can’t plan for.”

The top 4 jewelry trends that will dominate this spring