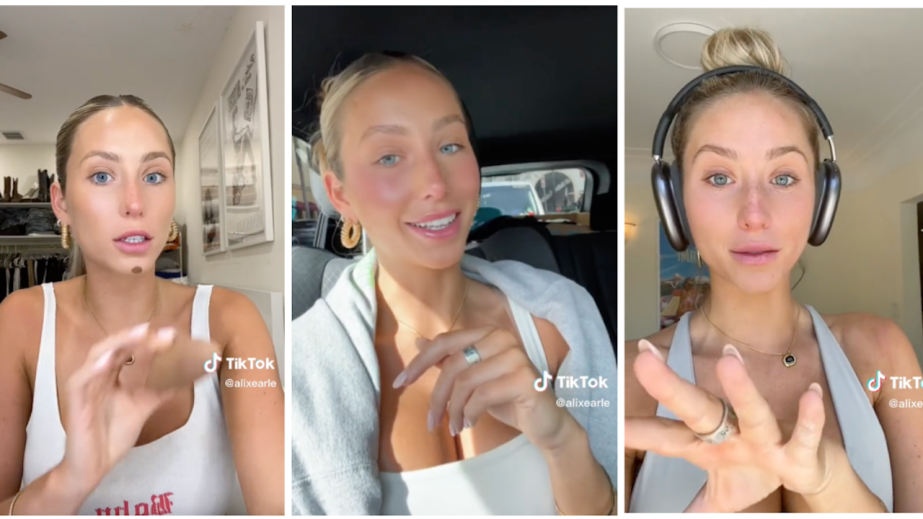 “I’ve only been using this for a little over a month, and I’ve already seen tremendous hair growth,” she said in the December 27 video.

Black women took to Earle’s TikTok comments and Twitter to share concerns that one of their favorite products from a Black-owned brand would sell out — in more ways than one.

According to Uju Anya, an associate professor of applied linguistics at Carnegie Mellon University, when white women start buying a product, the brand behind it often expands and changes its formulations, marketing and prices. She said she’s seen this happen to Black-founded brands such as Shea Moisture and Carol’s Daughter. And she doesn’t want it to happen to Mielle.

Though Black-founded, SheaMoisture and Carol’s Daughter are no longer Black-owned. L’Oréal acquired Carol’s Daughter in 2014. In 2017, Unilever acquired Sundial’s brands, which includes SheaMoisture, Nubian Heritage, Madam C.J. Walker and Nyakio. Post acquisition, fans have continually accused both companies of changing formulas to appease the masses, such as going lighter on their hydrating coconut oil and shea butter. These ingredients are loved by those with textured, 4C hair but can be too heavy on the finer, looser curls that non-Black people often have.

The accusations have pointed to brand changes in marketing, as well. In 2017, fans of Shea Moisture protested on social media after an ad featured white women experiencing “hair hate.” The video showed two redheads, a blonde and a racially ambiguous woman talking about their hair struggles. After buying the brand’s products for years, Black women felt left out of the conversation.

“Redheads have never had to have a law passed to force people to stop denying them jobs and opportunities, or discriminating against them in terms of promotions,” Anya said.

The brand quickly apologized for the misstep, writing on Facebook: “Please know that our intention was not — and would never be — to disrespect our community, and as such, we are pulling this piece immediately because it does not represent what we intended to communicate.”

“Once white people start to like something, then they’re automatically favored by the company, because it’s more people and it’s more money,” Anya said. “Their needs start to get catered to, and [Black women] get left behind.”

Anya was quick to say that she doesn’t blame Earle and doesn’t think non-Black people should stop buying textured hair products. What she wants is for Black women to not be silenced. When Anya, like other Black women, took to Twitter to voice her concerns over Earle’s video and what might happen to her favorite brand, she received racist responses implying she was just an “angry Black woman” getting upset about nothing, she said.

But what’s happened to other beloved Black-owned brands could happen to Mielle, she said. “We’re extremely sensitive to hair because of the history of discrimination, disenfranchisement and abuse we’ve suffered because of [our] hair,” Anya said.

In the less than two weeks since Earle posted, the internet has blown up with takes on the controversy. On TikTok, Alyssa Wilson, a Black business owner herself, started a slightly different conversation about Alix Earle and Mielle, which she continued with Glossy.

“I personally took no offense to [Earle’s] honest review and felt it was great for Mielle Organics to be recognized outside of its target demographic,” she said. “I understand how difficult it is in business to have your product break through into a new space.” Wilson formerly owned a soap company.

According to Wilson, Black-owned hair brands targeting Black consumers often don’t make products exclusively for them. “The majority are plant-based products that can be used on different textures,” she said.

But she admitted that concerns from others aren’t unfounded. “Has this happened before? Yes, with Carol’s Daughter, Shea Moisture and, most recently, Mane Choice,” she said. “My rebuttal to this is that Mielle has not implied that it is changing its products or target demographic.”

The Mane Choice, a popular hair-care brand for natural and curly hair types, was acquired by MAV Beauty Brands in 2019. Soon after, founder Courtney Adeleye took to the brand’s Facebook page to assure panicked customers that they were still in good hands.

“In full transparency, our amazing brand was founded by a phenomenal woman and is still currently being operated by a team of talented Black women and men, but we want to make it clear that we are part of a public company, MAV Beauty Brands,” she wrote. “Partnering with MAV allows us to share resources & infrastructure, which helps us to grow & reach more of our community.”

Jihan Forbes, a New York-based beauty writer and former Allure editor, agreed with Wilson that the excitement around Mielle’s hair oil is good for the brand. “Once things get popular on TikTok, they’re gonna sell out,” she said. “That’s not a concern when [the brand] can just make more.”

Forbes said this as an exciting time for Mielle Organics, which she’s long been a fan of. “There are so many brand-building and growth opportunities here for them to capitalize on, with this momentum,” she said. “It just [puts] organic sales and dollars in a great Black business’s bank.”

Still, she said, she too understands the concerns. When white women decide a product is too oily or too heavy for their hair — despite the fact that it wasn’t made for their hair type to begin with — changes can happen and products can become less useful.

“For some Black people, the first reaction is to brace ourselves to lose something we love once it becomes a thing in white society,” Forbes said. “But literally, none of that has happened here.”

And Mielle Organics founder Monique Rodriguez is assuring customers that it won’t. On January 4, she issued a statement through the brand’s Instagram, saying she has no plans to change the ingredients of any products. She reiterated this sentiment to Glossy.

“When Mielle was created, we based our products and ingredients on addressing and solving the needs of women with textured hair,” she said. “With hair loss being one of those needs that happens not only in textured hair but all hair types, I wanted to make an affordable solution, which resulted in Mielle’s Rosemary Mint Scalp and Hair Strengthening Oil.”

Though shoppers have had trouble finding the oil at their local Target in the wake of Earle’s video, it’s still in stock on the brand’s website.

“We’re deeply committed to ensuring that customers who benefit from our products can find them when needed,” Rodriguez said.

Even with Rodriguez’s statement, some people on Twitter have called out Earle for even posting about a product primarily used by Black women.

Earle’s video has now raked in 5 million views and more than 8,000 comments. It also happens to be a paid post for supplements brand RSP Nutrition.

“What you’re seeing is our pain or trauma or PTSD from how we’ve been treated and discarded and disregarded — especially when we’ve sacrificed so much, because these products are not cheap,” Anya said. Mielle’s Rosemary Mint Scalp and Hair Strengthening Oil is around $10 for two ounces.