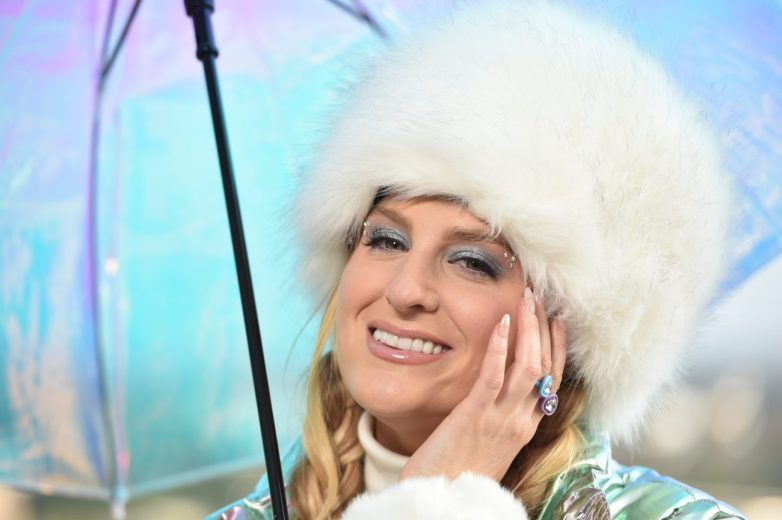 For its holiday campaign, beauty brand Elf tapped two partners, one more likely than the other: The Weather Channel and popstar-TikTok sensation Meghan Trainor.

The campaign was inspired by a statistic: According to The Weather Channel, eight out of 10 women change their personal care or beauty routine with the weather.

“[At the same time] we wanted to lean into our Halo Glow (a primer/highlighter hybrid product), because it was selling out and we were getting a restock. And we wanted to create a moment around holiday, highlighting some of our glitter and glow products,” said Patrick O’Keefe, Elf’s vp of integrated marketing communications.

The brand tapped its agency, Shadow, to bring a 360-degree activation to life. The resulting campaign includes TikToks starring Trainor, and ads on The Weather Channel’s app and YouTube, among other content. The campaign, which will run through throughout the month of December, is centered around a “Glow Storm,” which, Trainor, acting as a meteorologist, reports on.

“Our radiance radar is suggesting gale force glitter coming in from the West, and that can only mean one thing: We are priming for a glow storm,” Trainor says in one of the TikToks.

The campaign is still ramping up across TikTok, Instagram, Facebook and YouTube, and currently has over 6.5 million views and counting across all platforms. 3 million of those views were garnered within the first 48 hours of the December 5 launch, according to the brand.

Elf, which has 617,000 followers on TikTok, has posted three videos featuring Trainor since the campaign launch. Trainor, who has nearly 16 million followers, has posted one, which has 3.9 million views. “Elf is always looking for ways to disrupt, and Meghan Trainor was the right partner for us in this campaign. She loves the brand,” O’Keefe said.

For Brian Vaughan, Shadow’s executive creative director who came up with the campaign, it represents a shift in how brands show up on TikTok. “The first chapter of brand activations on TikTok was [centered on] challenge culture. And during that first year of TikTok, it was all hashtag challenges. The following year, it was brands creating campaigns that were cued by existing TikTok trends. [They were trying] to reimagine the trend or use a popular sound to execute their campaign. Now, we’re in chapter three: the era of unbridled, free-spirited, free rein to go crazy with creative that is not necessarily driven by a TikTok trend.”

Halo Glow went viral when it launched over the summer, after TikTok influencer Mikayla Nogueira called it a dupe for Charlotte Tilbury’s also popular Hollywood Flawless Filter. Elf sold out and accumulated a 75,000-person waitlist. The restock dropped on December 8.

More important than promoting Halo Glow, however, is spreading general brand awareness with the campaign, O’Keefe said. “We over-index with Gen Z. We’re the No. 1 Gen-Z brand two years running, surpassing some major, mega brands. We want to start embracing other audiences to take the brand to another level. We know we have an opportunity to expand our audience reach with millennials.”

This week, on Tuesday and Wednesday, Elf took its “Glow Plow” — an iridescent car with a snow plow attachment — throughout NYC, giving out the brand’s Advent Calendars to passersby. It also launched a special kit of glitter and glow products to accompany the campaign.