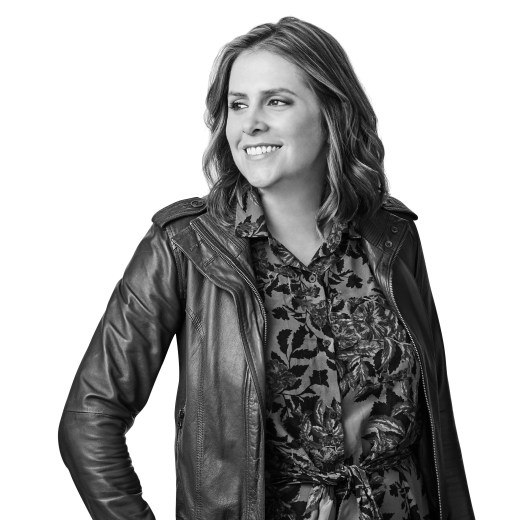 Katie Finnegan is shaping the future of Walmart’s relationship with technology.

As the principal of Store No. 8, an incubator that’s owned by Walmart but operates as an individual LLC, Finnegan is playing the long game. Her company incubates and invests in businesses that are at the forefront of the next generation of retail technology, mastering capabilities like personalization, virtual reality and robotics in the supply chain. Finnegan said it’s realistic that the technologies won’t be viable for another five, 10 or 15 years — but when they are, the goal is that Walmart will have the leading edge over the competition.

“These are all the ideas that wouldn’t likely make it on [Walmart’s] current business roadmap, given the nascency of the technology,” said Finnegan. “But we believe if and when it becomes a viable reality, we want to be a leader in the space, and we want to be leading the charge. So with Store No. 8, we created this separate avenue that allows us to start building things, ideating and learning, well before it’s ready for our core roadmap.”

Finnegan joined the Glossy Podcast to recap Store No. 8’s first year in business, share her predictions around how the relationship between customers and retailers will evolve, and explain what should be at the forefront of fashion brands’ work with technology.

On top-of-mind technology
Store No. 8’s primary goal is to acquire and incubate technology companies that are working on developing new retail capabilities that can be adopted by Walmart or its subsidiary brands like Jet.com and Bonobos. So Finnegan is in charge of deciding what technology will be most valuable to a company like Walmart over the next few decades. The first company incubated by Store No. 8 was Code Eight, a company specializing in personalization in retail. She’s also bullish on augmented reality, virtual reality and the connected home.

“We’re looking at the next-generation capabilities that are generally enabled by technology centered around a user experience, like on-demand manufacturing, 3D knitting and printing, vertical farming, and other things that bring manufacturing closer to the consumer,” said Finnegan. “What is technology doing to help us streamline efficiencies to add more value? That’s where my mindshare will be when I’m thinking about Walmart. The last piece, I think, is understanding consumer behavior in the home and how we reduce friction.”

On the mindset that guides innovation
For legacy brands and retailers, the hardest part of trying new technologies and overhauling old systems is starting without a clear path to scale in mind. To overcome this initial hump, Finnegan approaches all new technology by working backwards.

“We work backwards. We ask, ‘At the end goal, what would this look like, and what would the at-scale economics be? What are those logistics?’ You don’t look at the future state all the time when you’re thinking of scaling, but that’s something that’s core to the way we build. We start from the end, the realistic end, and then work backwards. It can be really hard to get over that hump and try things that are transformational when you have a cold start.”

On fashion’s future
For the fashion industry, specifically, Finnegan sees the most priority falling to speed-to-market, decreasing turnaround time in the supply chain and making sure merchandise is as relevant as possible to customers.