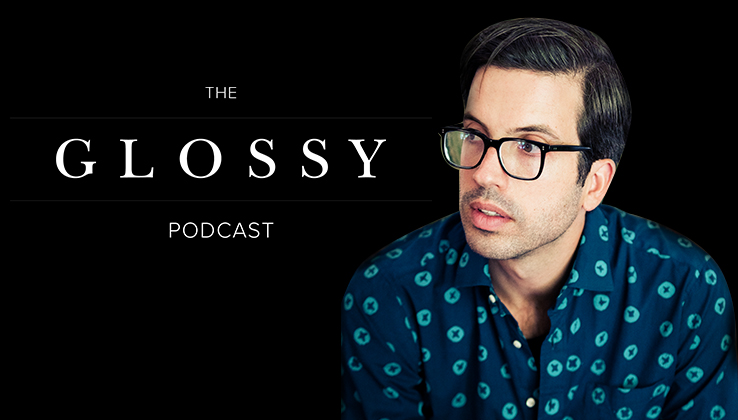 GQ Style editor-in-chief Will Welch: ‘Men’s style has gotten so advanced, we want to reflect that’

Will Welch had been working at GQ for nearly 10 years when he saw a male demographic emerging that was being underserved by the publication, which had already become the go-to book on men’s style in America.

“We identified a feel for a new magazine, a new reader,” Welch said. “There was no magazine out there for me and my friends, who were sitting around arguing about credenzas.”

With the fall issue of GQ Style, featuring cover celeb and modern man Aziz Ansari, on shelves, Welch joined the Glossy Podcast to break down how he built a magazine for the digital and mobile era, tracing the evolution of GQ Style as a GQ spinoff.

Balancing offline and online
Welch met expected skepticism when people learned GQ Style would issue a quarterly print magazine, selling for $14 a pop. He heard, “Why would you start a print publication in 2016?” quite a lot.

Welch argued that GQ Style was “architected” for the digital era, developed with an understanding that its audience is always on their mobile devices: The team balances daily digital content and social media, and the print articles are meant to serve as a reprieve from the digital grind.

“The idea is to build a print magazine with a very specific cadence that has digital surrounding it,” he said. “The magazine is printed on beautiful paper, and we try to give you an immersive, in-depth experience. Basically, it’s counter-programming to all the bitsy stuff you get online all day, every day.”

Breaking out GQ Style from GQ
GQ Style could be seen by some as redundant — after all, GQ covers men’s style, already. But, Welch said, GQ wanted to push forward with it anyway. Men’s style was evolving in all manners, especially in fashion, and while GQ goes broad, GQ Style carves out a specific niche: Its audience already knows how to tie a tie; instead, they want to know who Tokyo’s up-and-coming designers are. He acknowledged that GQ Style is not for everyone.

“Men’s style has gotten so advanced, and we want to reflect that. There’s a new group of men, and they’re underserved editorial. We’re building it for this era and to speak directly to them. GQ is speaking to them, but this is just for them,” Welch said.

A magazine for the modern man
As GQ’s former style editor, Welch likes to think he was simultaneously tracking the emergence of this modern man — one who has an elevated sense of style, and an affinity for fashion, cooking and interior design — as well as pushing him along.

With GQ Style, Welch hopes to push the conversation further, beyond the mainstream attention on what athletes are wearing and how streetwear brands are breaking into high fashion.

“There are guys who look to fashion magazines because they want to know what shirt to wear with what tie, because they don’t want to get made fun of. Then there are guys who are super into Supreme and Nikes, and that blended streetwear and high-end fashion. We want to lead guys somewhere that’s more grown-up, and that’s the next evolution of men’s fashion.”