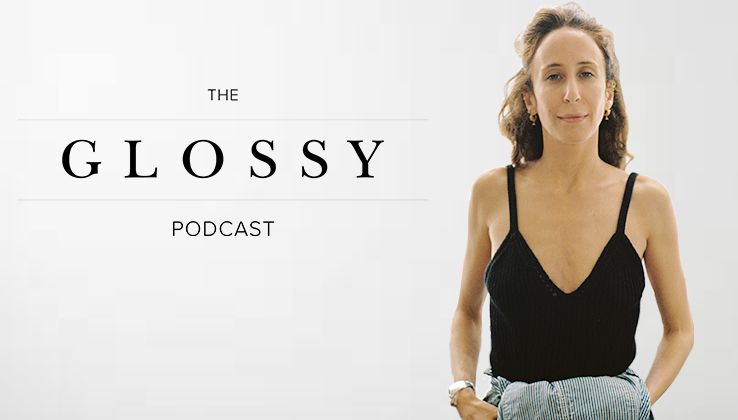 Designer Mara Hoffman: ‘As a creative, standing still will kill you’

Three years ago, designer Mara Hoffman went through what one could call an existential crisis.

She had been running her eponymous label for 15 years when she hit a wall. Feeling like all her brand was doing was adding more “stuff” to the world — and causing harm to the environment — she knew she had to completely overhaul her business, or walk away from it all together.

“I didn’t want to be in this space of harm anymore. My son was 3 at the time, and I just realized that whatever I was making, it would end up being his responsibility to deal with. I couldn’t sleep anymore. It was change or die,” Hoffman said. “We dissected the company to redirect, find new ways to make everything, and with that shift, it gave birth to an aesthetic shift.”

Hoffman said the process to make her company fully sustainable is still ongoing, but the challenge has been an exciting one. She joined the Glossy Podcast to talk about why she felt the need, as a creator, to recreate herself, why she left New York Fashion Week and what’s to come for open-source sustainability.

On taking a successful business and turning it on its head:
When Hoffman decided to change how she manufactured and produced her clothing line, the people around her were skeptical. Building a profitable brand from the ground up is no easy feat, so to mess with that formula as sales were climbing and the company was gaining more and more recognition seemed a little crazy. But Hoffman said, if she hadn’t changed her entire company, she would have quit.

“To be known for something and doing something in a certain way, then saying we’re going to change now, is a big risk. But I needed to change; I had outgrown my skin. People thought I was crazy because what we were doing was successful: When something is working, why would you walk away from money?” said Hoffman. “But I said, ‘If I don’t, I’ll walk away from all of this.’ As a creative, standing still will kill you. It’s hard to make the change. There are obstacles. It’s a challenge, but a really exciting one.”

On the ins-and-outs of a sustainable fashion line:
While Hoffman said her business’s sustainability is still a work in progress, she’s made more progress than most in the industry. It took dedication: Prices had to go up, which obviously alienated a customer who may have been able to buy Mara Hoffman pieces in the past. She also had to retrain her brain when designing: The question of how to design something sustainably was one of the first thoughts when building a new collection. But she found resources and support along the way.

“Most of the time, within fashion, people get great resources and they don’t want to share that with you,” said Hoffman. “But this is the opposite. It’s like, ‘I have this great mill, you should use this too. You should use this cut-and-sew factory.’ We joined the Sustainable Apparel Coalition, which gave us a community. We were welcomed here to work with other brands. They put this time in that we could benefit from.”

On sitting out on New York Fashion Week:
Hoffman skipped NYFW in September, and she won’t be returning to the runway in February, either. As her brand has undergone a transformation, so has the way she’s created, and that change exposed just how frivolous a lot of showmanship can feel. Hoffman said that, in order to design a collection for her customers and for the runway, she had to think in two completely different ways. It resulted in a distraction that only led to more stuff.

“You keep thinking, ‘This is my sales collection; this will drive sales. And this will be my show collection.’ That used to feel more important, that we have an editorialized version for the show, because what was actually selling wasn’t exciting enough to put on the runway,” said Hoffman. “So you’re building two collections, with pieces that wouldn’t drive sales, and that distracts you from the main focus: making the collection that will resonate with customers.”