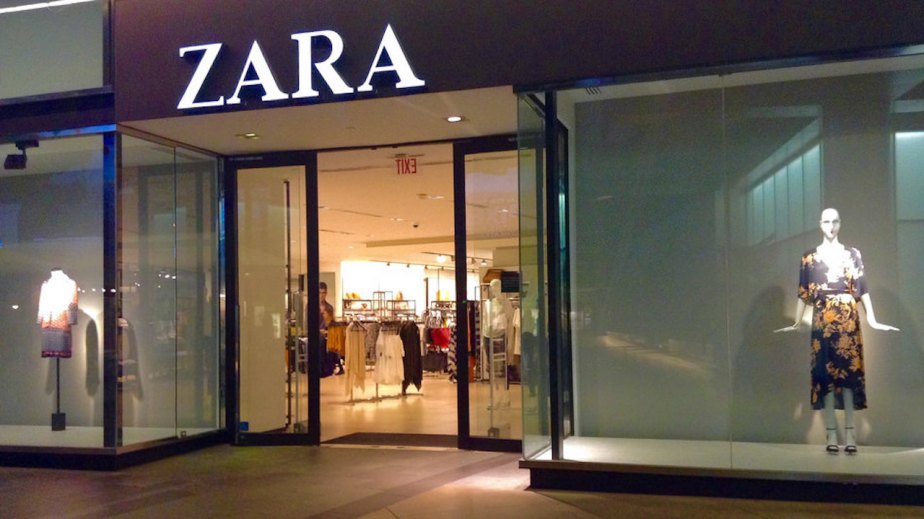 Zara is changing its tune on collaborations

Zara has historically been light on collaborations, as far as fashion brands go. While the rest of the industry has been trigger-happy with collabs, Zara had only one collaboration with a major brand in 2020, releasing a pair of sneakers with Playstation in July.

But in 2021, Zara has partnered with names including Everlast in January, Kassl Additions in September and Charlotte Gainsburg in October. And in the last three weeks, it’s rolled out collaborations with Korean streetwear label Ader Error, biotech company LanzaTech and TRX, a company that makes at-home fitness equipment and publishes digital workout videos.

Each of these collaborations connects Zara with a buzzy area of fashion. The Ader Error collaboration encompasses physical and digital outfits, the latter of which were released in the South Korean metaverse Zepeto. Meanwhile, the LanzaTech collab focuses on sustainability by making clothes from captured carbon emissions, and the TRX partnership links Zara to on-the-rise at-home fitness.

It seems Zara’s strategy is to tap partners that specialize in emerging spaces to gain a foothold in those categories.

According to a Zara press release, the six-month partnership with TRX builds on Zara’s own activewear line, called Athleticz, which launched in September of 2020. In addition to a new collection of Athleticz clothing, the collaboration includes Zara selling TRX Suspension Trainers equipment on its site. Zara is also offering shoppers of the collab a six-month subscription to TRX Training Club, a digital workout platform akin to Peloton or Nike Training Club. TRX trainer Niko Algieri filmed new workouts at Zara’s studio in New York as part of the collaboration.

Home fitness has become big business. Fitness apps raised $2 billion from investors in 2020 and the number of people using these apps increased from 50% of Americans pre-pandemic to 75% in mid-2021, according to McKinsey.

“Home workouts are clearly here to stay, and we have joined forces with Zara to equip people with everything they need to exercise around their schedule,” said Brent Leffel, CEO of TRX. Zara was not available for comment on this story.

And timing is right for the Ader Error link to the booming metaverse. Zepeto alone received more than $150 million in investment from SoftBank at the beginning of December.

“As we look at the future ahead, we think the metaverse has a role to play in increasing the efficiency of fashion,” said Lydia Jett, managing partner of SoftBank. “It can have a big impact on sustainability by helping brands gauge what will sell.”

While collaborations are often planned months in advance, it’s notable that Zara’s change in strategy around collabs comes just as parent company Inditex is going through a leadership transition. Longtime CEO Pablo Isla stepped down in November and will be replaced by Oscar Garcia Maceiras, and Marta Ortega has been promoted to chair of the company. Between November 1 and December 10, Inditex’s sales increased 10% over 2019 and 33% over 2020.